SHOCKING – Judge of the High Court says that the Mnangagwa did not deploy troops on August 1, Chiwenga 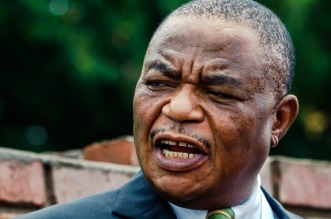 Supreme Judge Judge David Mangota recalled that prior to an inquiry by the Kgalem Motlanthe Commission, which conducted an investigation into violence and assassination on 1 August, Mr Emmerson Mnangagwa was not the one who had deployed troops on that day. The judge instead said that the soldiers were installed by the Minister of Defense, then vice-president, retired General Constantino Chiwenga. Mangot's right was ruled in a case in which she dismissed the action brought by Allison Charles, Gavin Charles, who was the victim of the August violence and the CSU, challenging the legality of the President of Mnangagwa's decision to appoint the Commission's Inquiry into the Investigation of Election Violence .

Part of the judgment of Mangote of Justice says,

The circumstances of the events of 1 August 2018 take place in a manner that is as clear as the night following the day. They run in the following order:

a) started in the central business district of Harare;

b) the officer who commanded the district assessed the extent of the mixture, measured by the strength of the personnel available;

c) contacted the General Police Commissioner who assessed what was obtained;

d) the Commissioner-General of Police contacted the Minister under whose supervision he is acting;

e) the minister then turned to his colleague at the Ministry of Defense;

f) he then sent members of the defense forces who worked under the command of the Harare County Regulatory Authority.

… The abovementioned cases reveal the irregularity of the applicants' syllogism. Continuing with the consideration that he conferred on the President the power of the Constitution, he deployed members of the defense forces on 1 August 2018. The correct situation is that it is not.

Since the President has not acted, he is not in a cross-dispute, as this would be a matter for the court. Nor did it violate the Constitution. In other words, it is not obliged to report to Parliament on matters that have not arisen due to the powers conferred upon it by the Constitution. His moral duty stemming from what happened on August 1, 2018 was the setting up of a commission of inquiry set up on September 14, 2018. He remained alive to see that Zimbabwe and the world deserve a clear statement on the causes of violence and the need of the state to define and prevent such unfortunate events in all future elections. The Commission, which it has set up, will discover the full time.

The Motlanthe Commission will continue to hold public hearings on this matter with the following hearings foreseen for the Mutare. At least six people did when the soldiers used live bullets to disperse the protest of the opposition fans.