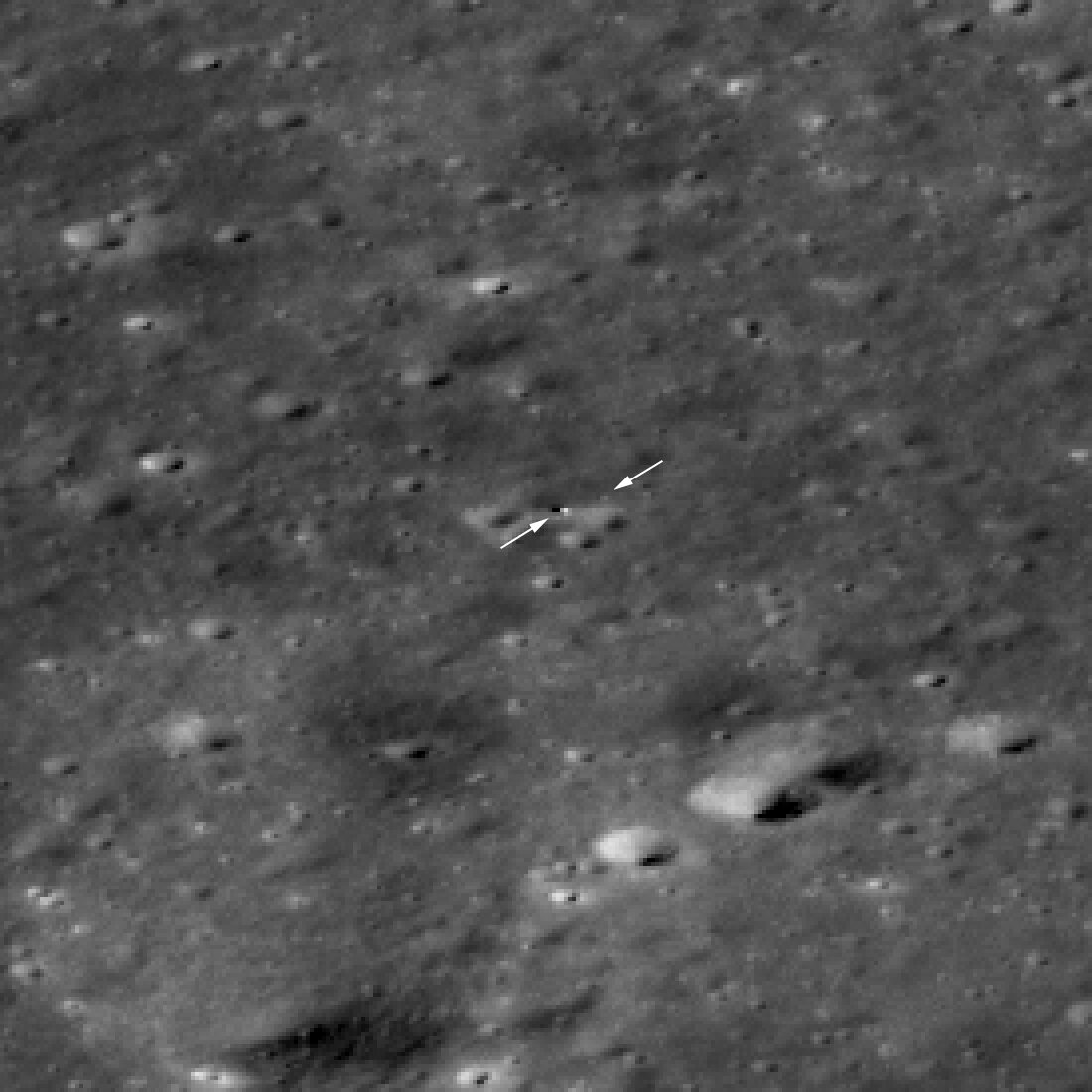 On Jan. 30 2019, the Lunar Reconnaissance Orbiter Camera (LROC) acquired a spectacular limb shot centered on the Chang'e 4 landing site, looking across the floor of the Von Kármán crater. At the time, the Lunar Reconnaissance Orbiter (LRO) was more than 200 kilometers from the landing site, so Chang'e 4 was only a few pixels across and the rover was not discernable. The next day, LRO was closer to the site and again slewed (59 degrees this time) to capture another view. This time the small Yutu-2 rover shows up (two pixels) just north of the lander. Also, shadows cast by the lander and rover are now visible.

At some time after the formation of the Von Kármán crater, the crater floor was covered by eruptions of basaltic lava, similar to the eruptions in Hawaii last summer. Chang'e 4 will collect compositional measurements of these farside basaltic rocks, and lunar scientists are anxiously awaiting these results. Do the volcanic rocks on the farside differ from the basalts collected from the nearside? We'll have to wait and see!

A striking aspect of the Von Kármán crater is the number and variety of impact craters. There is a high density of craters because the surface is more than 3 billion years old! During those 3 billion years, so many small craters (1000 meters (3280 feet) diameter), which are not in equilibrium, continue to increase in density and can be used to estimate the age of the surface.

Note also all of the small craters that have formed on top of larger ones. Smaller impacts wear down and degrades larger craters over time. You can easily see a wide variety of crater degradation states, ranging from sharp and crisp (new) to highly degraded (old). As a result of all of these impacts, the surface of the Moon consists of a very fine powder known as regolith, in which the Apollo astronauts made their distinct boot prints.

LROC is a system of three cameras mounted on LRO that captures high resolution photos of the lunar surface.