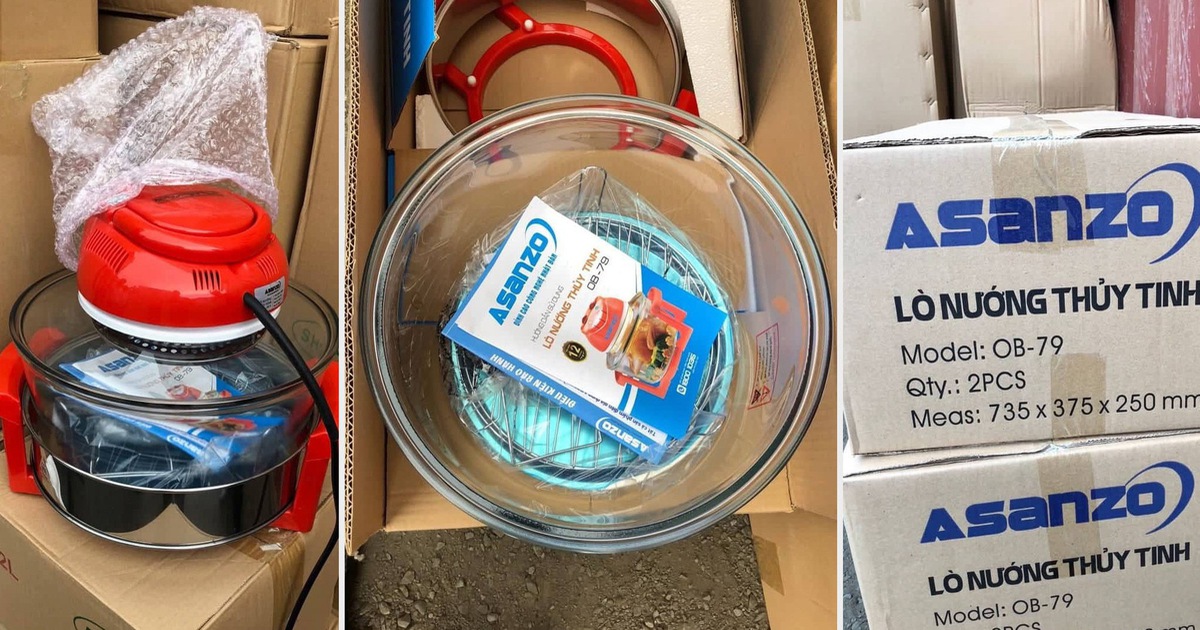 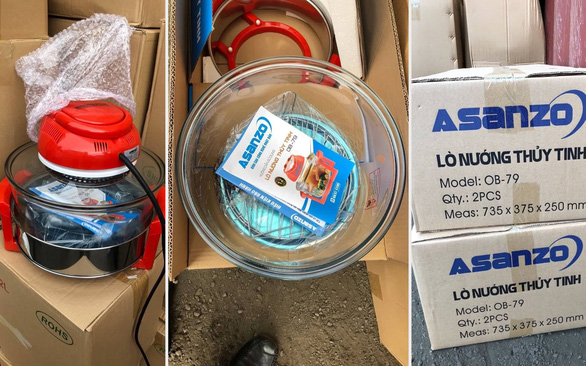 The entire glass Asanzo glass with a pre-printed warranty card in the Vietnamese language and the slogan "Asanzo – the top of Japanese technology" imported by Sa Huynh from China, and a false declaration, is an unmarked component. sign

The Ho Chi Minh Department of Customs also decided to transfer the files of 14 other companies to the Ministry of Public Security in order to investigate the fact that these companies were "missing", which resulted in a delay in post-inspection.

Talk to Younghead of the Ho Chi Minh Police Directorate for Investigation of Corruption, Economy and Human Trafficking (PC03), confirmed that the agency had taken a decision to prosecute the case of smuggling for a limited liability company. With Huynh commercial export (business code 0315160060).

Sa Huynh Company violation law was discovered and investigated by the Ho Chi Minh City Department of Customs, and then transferred to the law enforcement agency file. According to the Ho Chi Minh customs authority, the company temporarily ceased operations for the period from March 6, 2016.

Prior to this, on 7 September 2016, the Ho Chi Minh City functional department of the Customs Department examined the container number FCIU8689004 containing goods imported by Sa Huynh from China to IDC Phuoc Long.

This company has declared the customs of imported goods as components used to assemble glass furnaces. Number includes: 970 plastic covers, 940 glass pots for the oven, 1,180 ovens.

The total value of the goods is almost 213 million VND. Origin of goods (C / O) issued by the Chinese authorities.

However, during the testing, all the containers inside the container were found 1300 sets of the entire glass furnace Asanzo. Especially in cardboard packaging, there is also a warranty card in Vietnamese: "Asanzo – Japan Top of Technology" number 18001035.

Although customs documents show goods originating in China (C / O), the entire oven in this container does not bear any designation of origin.

With Huynh Company registered companies at 861/27/39 Tran Xuan Soan, Tan Hung Ward, District 7, Ho Chi Minh City. However, the police station has confirmed to customs in the area that this title does not exist, i.e. The title "spirit". 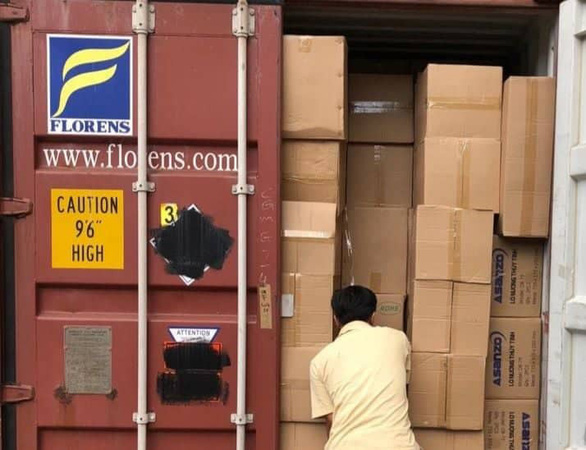 The container number FCIU8689004 contains a whole range of Asanzo ovens imported from China, but Sa Huynh has declared it a non-brand oven.

In cooperation with the authorities, Mrs Sa Quol in June 2016 said that she and her husband went to Ho Chi Minh City to work at the Asanzo plant at the Vinh Loc Industrial Park. Its task is to open the box to get the imported back cover, transfer it to the assembly section. Her husband also acts as a side loader for Asanz products for delivery to the province.

When he worked, the person responsible for human resources told her that her photocopy of the identity card was blurred, which makes the original payment on the bank card. On 24 September 2016, the person contacted her in the office that she previously hired a personal identification card for the import of goods but was withheld by the customs. The company asked her to go to the customs office to sign and pay a fine in order to get the goods back.

Since Sa Quol did not open the company, she did not import anything, so she did not agree to go to customs and decided to give up her work at home.

On 5 October 2016, Sa Huynh Company changed its legal representative, Mr. Truong Ngoc Liema. In cooperation with the authorities, Mr Liem admitted that his group had hired a Sa Quol identity card to register the company and register the name of the company's director. Its signatures in the document are fake because they are members of the Liem Group but do not directly sign any documents.

According to the Ho Chi Minh customs department, Mr Liem knows that consumer electronics imported from China to Vietnam is conditionally imported, but created false documents from the Sa Quola signature. Declaration of irregular goods in order to avoid state quality control and to distribute the customs in a golden stream (only checking records, direct checking of goods) in order to clear illegal goods.

In co-operation with the authorities, these subjects also identified the wrong scenario for the sender to hide a bare statement.

Depending on the profile Young Understand, the number of furnaces Asanzo Sa Huynh Import Company is provided by Zhongshan Kinbly Imp & Exp Company (Guangdong, China). In addition to being a worn-out shipment, at the same time, Sa Huynh Company also imports a series of nearly 3,000 non-stick and non-stick electric rice cookers with the Asanzo brand, supplied by Guangdong Weking Group.

Why did Sa Huynh register components?

As a rule, goods with Chinese C / O, importing companies will be entitled to preferential tax rates ASEAN – China (ACFTA). Asanzo Communications Co., Ltd. and some other companies importing Asanzo electric ovens from China, all declared product code is 85166090. This item has a preferential import and export tax of 20%, and the ACFTA tax rate is .. 0%.

According to the customs authorities, Sa Huynh Company can fully declare the entire furnace due to 0% of the import tax.

In accordance with the regulations, the imported items of the entire stove must be registered for the state quality control. In addition, on packaging and labels, if imported into complete units, when placed on the consumer market, the origin of the goods must be indicated as China.

In this case, it is also necessary to clarify the investigative agency that is imported from China, which expresses the Asanzo brand, with the warranty, the instructions for use, the Asanzo phone number, but Cong The company Sa Huynh does not report any information regarding this brand. The product of the goods caught does not bear the origin of Chinese goods as prescribed.

The Ho Chi Minh Customs Department was designated by the General Customs Directorate to carry out an ex-post inspection for 14/31 companies importing the brand and components of the Asanzo brand. The remainder is checked by the post-clearance department.

The Ho Chi Minh Customs Administration issued 14 decisions on the subsequent inspection and the addresses for the registration of the companies of the abovementioned companies, which announce decisions on inspections in accordance with the law. However, all these companies have ceased to function or the addresses are not true. The local police confirmed the customs authorities. Therefore, the customs office can not execute customs controls to clarify payment documents through the bank for Chinese partners, VAT invoices are exported to domestic partners and report domestic taxation … In order to clarify the question of avoiding tax or smuggling, such as Sa Huynh, the Ministry of Finance and the General Customs Department, ordered the Ho Chi Minh Ministry to download all documents. 14 companies were "lacking" for C03 – the Ministry of Public Security to investigate in accordance with their powers.