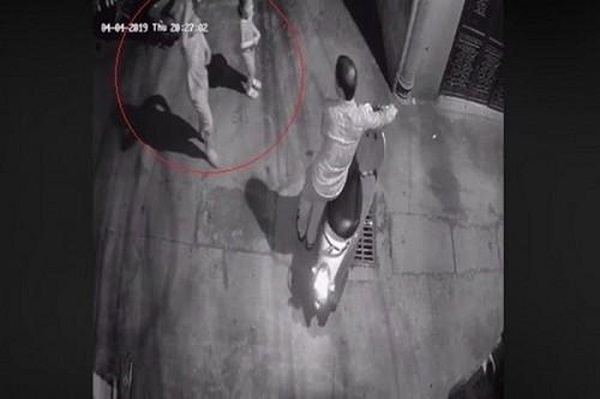 Before that, at around 20.30 to 4-4, two NKTL girls residing in the Thanh Xuan district (a four-year-old child, a 10-year-old child) on their way home after purchasing notebooks in the store were unexpected. An unusual man appeared, who dressed politely, took a motorcycle to approach him, and then he asked two girls to enter the belt to help his acquaintance.

Picture of the incident shot by the camera

After about 50 yards, he brought two children to the street and suddenly pushed his child on the wall, and then he had a disturbing behavior that aroused panic and tear. Even a 4-year-old child was afraid to cry. During this time, the new husband left two children and left the scene.

When I arrived home, I saw two kids scared, Mrs L. asked for a story, and the children told the story. Mrs L. checked with her husband a security camera for people in the area to check the incident and submit a report to the competent authorities.

CAQ Thanh Xuan summoned the suspect to the seat. On 13 April CAQ Thanh-CAQ Thanh Xuan temporarily detained the case in order to continue the investigation to clarify.