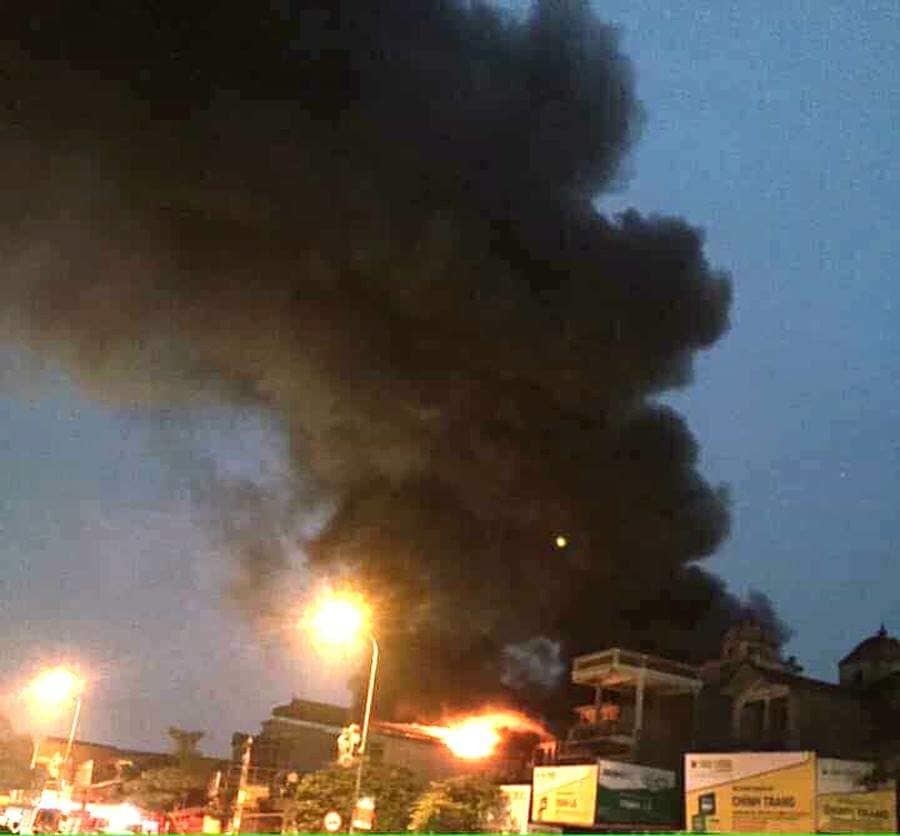 At around 6 pm on March 24, a large fire broke out in a 5-storey house selling footwear in the Phu My sub-area (Phu Xuyen city, Hanoi city).

During this time, a lot of people discovered that the fire and the column of black smoke rose from the shoe store in the Phu My sub-area, so they escaped and informed the authorities.

Approximately 20h50, the basic fire was not made.

After the outbreak of the fire, the PCF police coordinated with the local functional forces at the site of the event to deal with the fire and found a trapped person who could not escape. Many people supported the functional force in the north and the ladder of the ladder to get rid of the last window of the house to save people.

At 9:30 pm, firefighters rescued and rescued the victim and left the ambulance straight to the general hospital Phu Xuyen.

With regard to the fire, on 24 March evening, with the exchange of journalists, Mr. Vu Manh Thang, vice chairman of the People's Committee of the City of Phu Xuyen, said that the city's functional forces had collaborated with the FPF police. Hanoi saved six people in a burning house.

"But a grandfather, born in 1947 for breathing in the smoke, did not escape. The fire caused traffic jams in the 1A motorway," said Phu Xuyen, head of the city.

The cause of the fire is currently being investigated by the authorities.