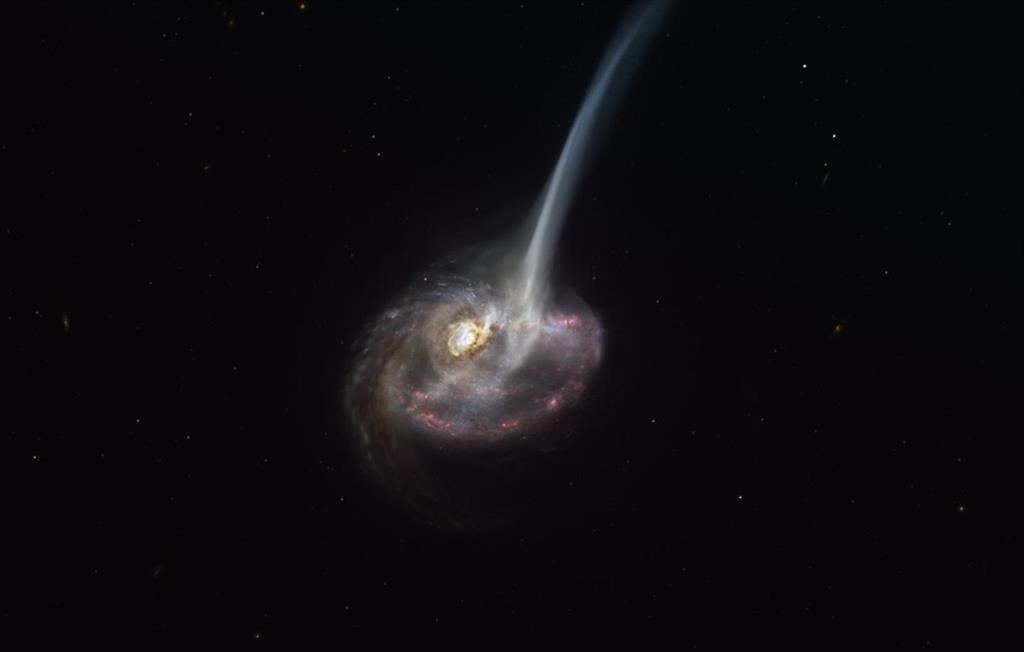 The ALMA telescope has revealed evidence that galaxies are merging in early space they can stop star formation and affect the growth of galaxies.

At a distance of 9 billion light-years, astronomers from the University of Durham observed that by connecting two galaxies, a lot of star-forming gas was expelled into space.

The merger created a new galaxy called ID2299, at a time when the universe was only 4.5 billion years old.

Researchers say this event, along with the massive star formation in the galaxy’s nuclear regions, it could eventually take away the fuel it needs to produce stars.

This would stop the formation of stars for a few hundred million years and actually stop the development of the galaxy.

Astronomers in the near universe are observing many dead massive galaxies with very old stars and they do not know exactly how these galaxies formed.

Simulations show that winds created by active black holes during feeding, or those created by intense star formation, are responsible for such deaths by expelling gas from galaxies.

Now a new study offers galaxy fusion as another way to stop star formation and disrupt galaxy growth. according to Durham University.

The observational characteristics of winds and “tides” caused by the gravitational interactions of galaxies in such mergers can be very similar.

But the rate of gas evolution from ID2299 is too high to be caused by energy generated by a black hole or stellar eruption, as we have seen in previous studies.

Computer simulations also show that black holes cannot expel as much cold gas from the galaxy as shown in this study.

Therefore, researchers suggest that some past results in which winds are winds the cause of the arrest of star formation may need to be reassessed.