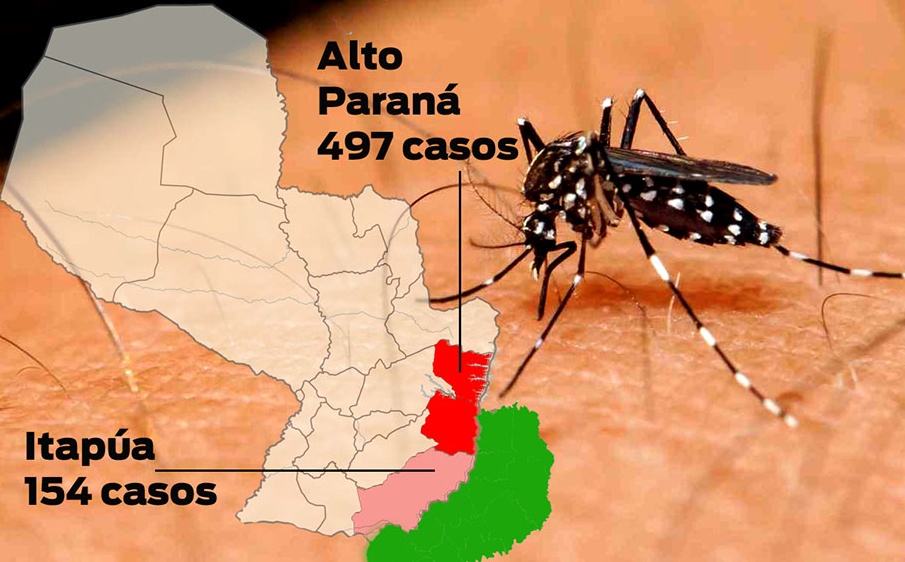 In the Asunción case, there were four in Canindeyúu, five in San Pedro, five in Caazapá and Concepción; In the case of President and Cordiller, every case is noticed.

The report states that active dengue outbursts continue in the Minga Guazú district, Alto Paraná, with the identification of the DEN-4 serotype, which has been extending over the past weeks in the neighborhoods of Ciudad del Este.

This year, there were 679 cases of arboviruses, of which 669 (99%) of dengue cases. the epidemiological state of chikungunya remained unchanged for several weeks, with ten cases being deployed in the Central, Paraguarí and Alto Paraná departments.

Notifications about The suspected cases of arbovirosis 2019 total 5.091 across the country. In the last three weeks, 855 suspected notifications have been reported on average.

In this case, Public health calls on citizens not to reduce their protection and to continue their task of eliminating mosquito breeding sites in order to prevent the spread of Aedes aegypti.

In the event of increased fever, pain, skin rash or any other symptoms, a departure to the nearest health service is also required. Early consultation can prevent complications and the spread of disease.