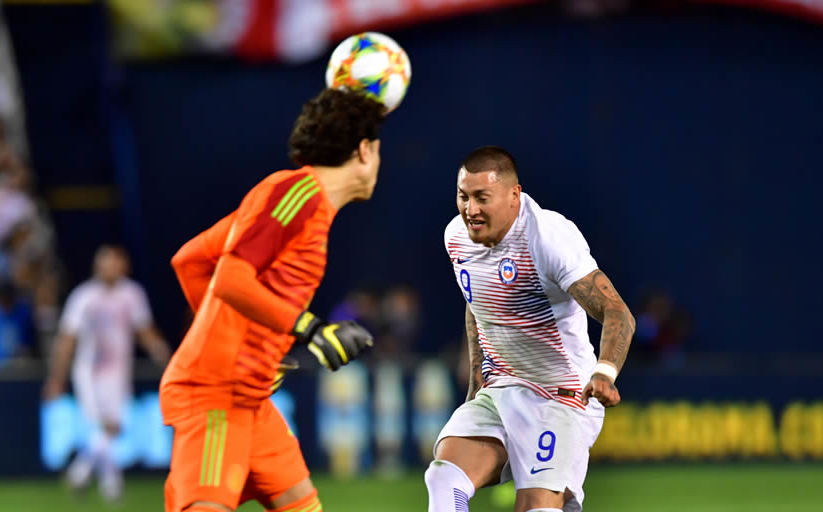 A team of Chilean scientists will search for football players for the tool diagnose Alzheimer's disease, according to EFE researchers, a disease in growth has been identified and for which only its symptomatology is currently being treated and not its source;

The purpose is to investigate whether the cumulative damage that footballers can get when they are constantly hitting the head with a head cause dementia or Alzheimer's disease, explained the doctor. Waldo Cerpa, team leader.

Using biochemical markers, cognitive tests, and brain images, researchers hope to describe neurodegenerative diseases in order to be able to cure more effectively and slow down their progress. Cerpa, the future Deputy Director Center of Excellence in Biomedicine Magallanes (Cebima).

According to data from. T Professional Alzheimer Corporation and other dementia (Coprad), v Chile It is estimated that approximately 200,000 people currently suffer from this disease, which could even be tripled by 2050.

At the same time, he is a consultant GfK Adimark notes that 14% of the Chilean population occasionally plays football with danger, warns Waldo Cerpa, which suffers continuous blows in the head.

"We are a football country, as children are subjected to this contact sport, where caution is lost and the perception is that the damage accumulates," he said.

"According to existing studies with some markings of injuries, it does not have to be too firm to hold, it is enough to constantly nod the ball in your life to get the tendency to develop dementia," he added. Center for the Aging and Regeneration of the Catholic University of Chile (UC Care).

Project that has support National Fund for Scientific and Technological Development (Fondecyt), t It will analyze how cumulative damage caused by trauma can degenerate learning and memory functions.

To do this, he will work with Trade union of professional football players (Sifup) and will review the players who have suffered a contusion, together with the neurologist of the hospital Catholic University Maximiliano Rovegno.

Both, with the help of a psychologist, will try to find out what correlation exists between headaches and the development of dementia and Alzheimer's disease. Finding these patterns, certain biochemical markers of damage, would allow them to develop for the first time the form of early detection in groups that are more at risk.

Also in Cebima, Cerpa carries out a search for the treatment of the disease by the administration of lithium or other naturally occurring compounds existing in the region. t Magellan.

During his career, Cerpa studied glutamate, which is the most important neuronal transmission molecule in the brain, a medium through which about 80% synapses (a specialized intracellular functional approach between neurons) of the central nervous system are produced.

Thank you glutamateit travels sensory, motoric, cognitive or emotional information; in addition, it is the original actor in the storage and restoration of our memories and their effects are mostly performed through their receptors located at the synaptic level.

Among them, the receiver stands out N-methyl-D-aspartate (NMDA), t which changes in diseases such as, for example, alzheimer or parkinson.

Cerpa He studied how to type the receptors NMDA behave in the conditions of two mechanisms of damage occurring in the brain: oxidative stress and non-group processes, elements that are found in any neurological degenerative pathology and also in acute pathologies, that is, with an impact in the head.

In the study, the team will be able to analyze, insofar as these mechanisms are activated, how they are modified, and how they contribute to the progress of cognitive impairment, and more so if they succeed in finding out how they are changed they will also be able to identify therapeutic elements that enable these same mechanisms .

According to the Waldo Cerpa, work should allow us to look at not only the damage associated with the stroke, but also the type of cognitive analysis that will allow us to say whether the person besides this injuries also has an increased oxidative and non-group inflammatory markers.

In this context, analysis with soccer players could identify these markers before developing chronic pathology and taking preventive measures.