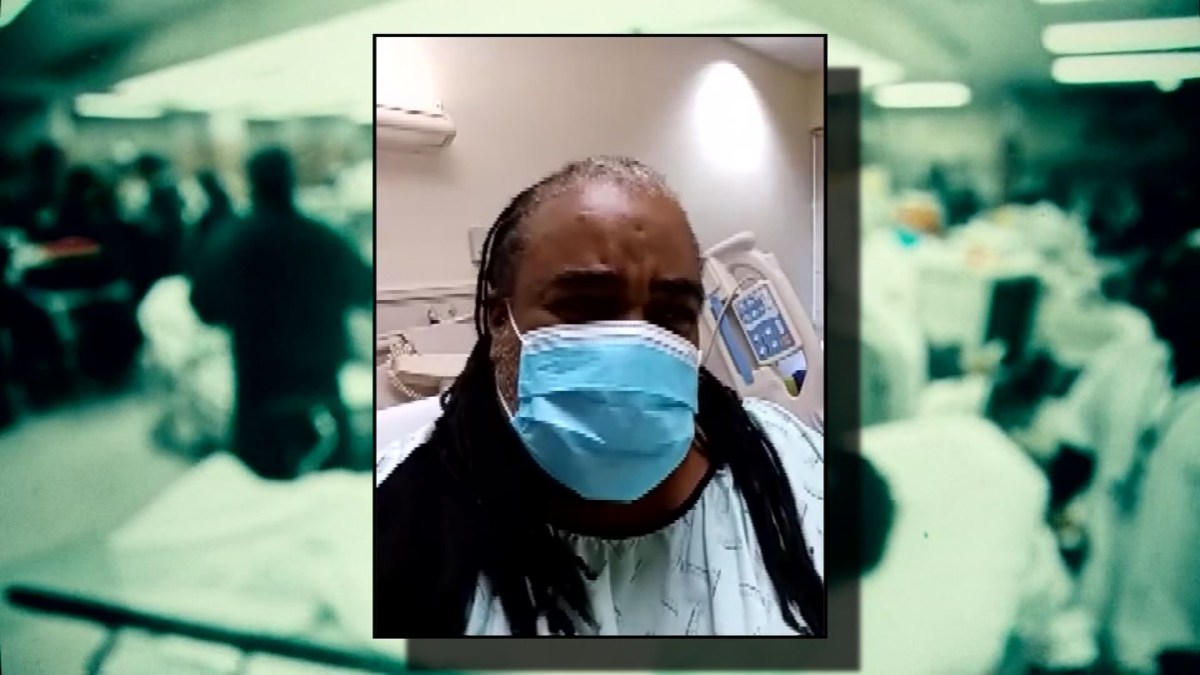 The North Texas man hopes sharing his experience with COVID-19 during his hospital recovery will encourage others to take the virus seriously.

Andre Terry, a Dallas-based father and designer, is being treated at Baylor Scott & White in Irving after finding a positive test for COVID-19 last Saturday. Doctors have since confirmed he also has pneumonia, Terry said.

Terry said he initially showed no symptoms such as cough or fever, but had fatigue.

“I’m a fashion designer, so I was right at home and I was working,” he recalled. “Then I started to get really tired, I literally had to stop in the middle of projects and say,‘ God, I had to lie down. “

Teri, which were supposed to be quick breaks, sometimes turned into evening breaks. Knowing that “something” was wrong, but not knowing what it was, he said he got a COVID-19 test last Thursday.

“I was even too tired to be able to get back to my car. I had to sit on a park bench and my car was right in the parking lot. I had to sit there and I thought, “Something’s wrong,” Terry said.

The test confirmed it was positive for COVID-19 on Saturday. Nevertheless, Terry said his symptoms were mild. He started to feel better by Monday, that’s when he opted for the hospital.

He noticed pain near his body.

“At first I thought,‘ Maybe I’ve been sleeping too long and sleeping on the wrong side. “But then it coughed a little here and there. When I took a deep breath, I felt almost like a cracked rib or something,” he said. that I came in, but it looks like they should keep me in. I was like, “Why?” They said, “Your chest is full of pneumonia.”

According to the CDC, viruses, bacteria and fungi can cause pneumonia. In the U.S., common causes of influenza viral pneumonia, respiratory syncytial virus (RSV), and SARS-CoV-2, which is the virus that causes COVID-19.

“Who would have thought this would happen to me? I wasn’t sick. I wasn’t next to anyone who would be sick. I was paying attention to the cough, ”Terry said.

He said he felt better on Friday than when he first arrived at the hospital on Monday. However, he was not sure exactly when he was going home.

“I try to be all man and think,‘ This is nothing. “As soon as I start walking around, I catch my breath. I still tell them, ‘Oh, I’m just overweight. It’ll be okay.’ They said, ‘No, you’re breathing hard when we’re talking,'” he said.

He said he hopes people will take precautions, pay attention to any symptoms, and try to protect themselves and others around them.

“What I really want people to know is just caution,” he said. “It’s really important, I think, even when you’re close to your friends, especially at these meetings.”

This week, the Dallas-Fort Worth Hospital Council reported more than 2,400 patients in North Texas hospitals being treated for COVID-19.

* Locations on the map are approximate, central locations of the city and are not intended to mark the location of the actual infected.

** The totals of the counties below include all 32 North Texas counties, not just Collin, Dallas, Denton and Tarrant.