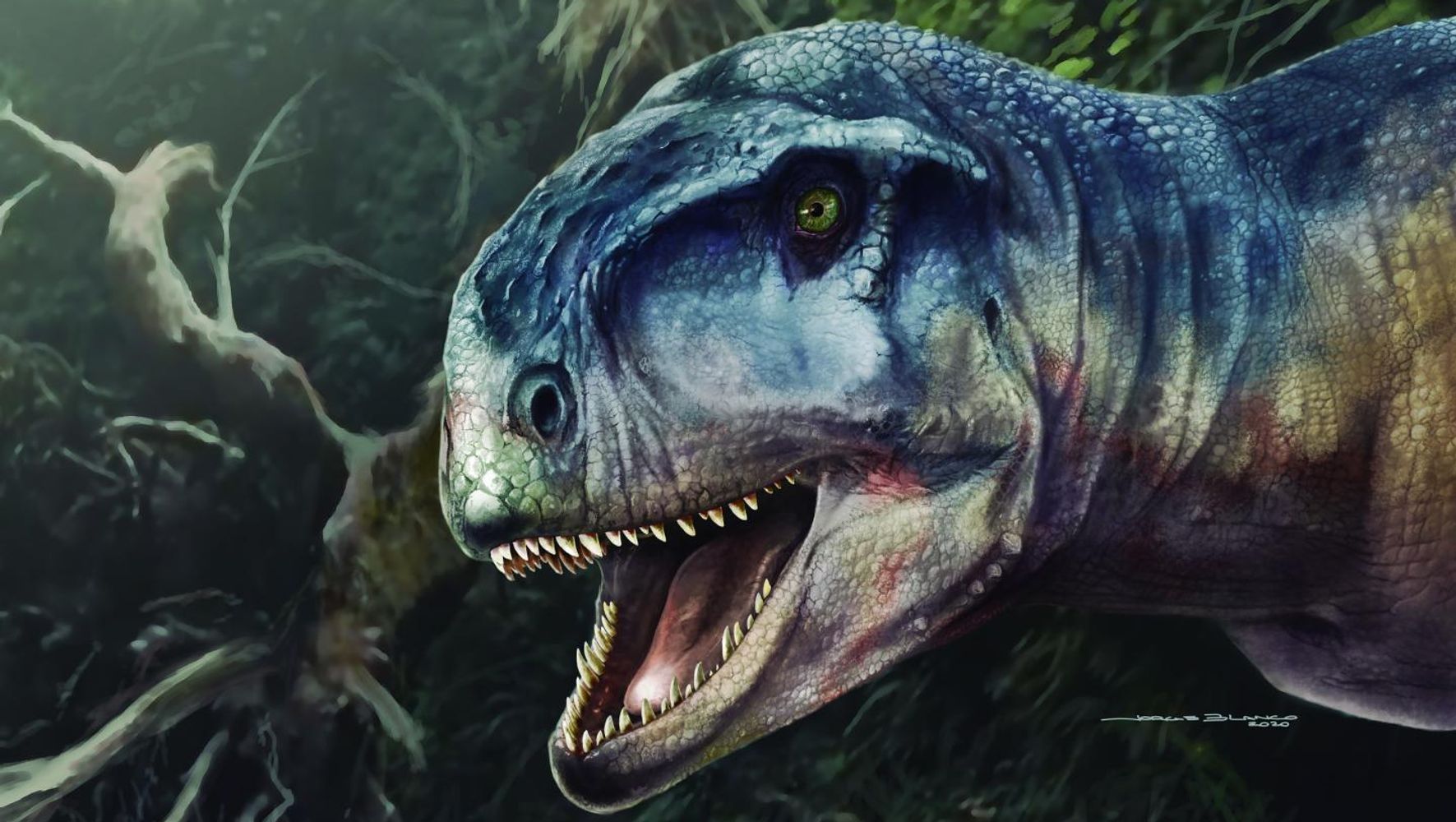 Paleontologists have discovered a new species of dinosaur in Argentina, which they named “Llukalkan aliocranianus”. Llukalkan in the Mapuche language means “one who causes fear,” and “aliocranianus” in Latin means “unusual skull”.

The remains of the dinosaur were found in the Bajo de la Carpa Formation, a rock body that stretches across Argentina’s Río Negro and Neuquén provinces, and the Journal of Vertebrate Paleontology published details of its excavation on Wednesday.

The creature, which existed about 80 million years ago, belonged to the abelisaurid family, a group of carnivorous predators at the top that were most important in the Cretaceous period and resembled the famous Tyrannosaurus rex, with small arms and large hind legs.

The skulls of these dinosaurs, however, were unusual and had ridges, horns, and other protrusions. The blows to the head of Llukalkan aliocranianus were probably similar to those of the iguana or monster Gil.

Analysis of the fossilized dinosaur skull also showed that hearing had a greater sense than most abelisaurids.

“The peculiarity of this dinosaur is that it has cavities in the ear cavities that other abelisaurids did not have, which could give this species different hearing abilities, perhaps even a wider range of hearing,” Federico Gianechini, a paleontologist at the National University of San Luis in Argentina and one of the study’s lead authors told CNN. “That, along with a sharp sense of smell, would give this species great abilities as a predator.”

The remains of the creature were only 700 meters away from the remains of another abelisaurid known as Viavenator exxoni, which was discovered in 2016. A study of abelisaurid fossils shows that they were still thriving even before the dinosaurs became extinct.

“These dinosaurs were still testing new evolutionary pathways and were rapidly diversifying even before they became completely extinct,” study co-author Dr. Ariel Méndez of the Patagonian Institute of Geology and Paleontology.