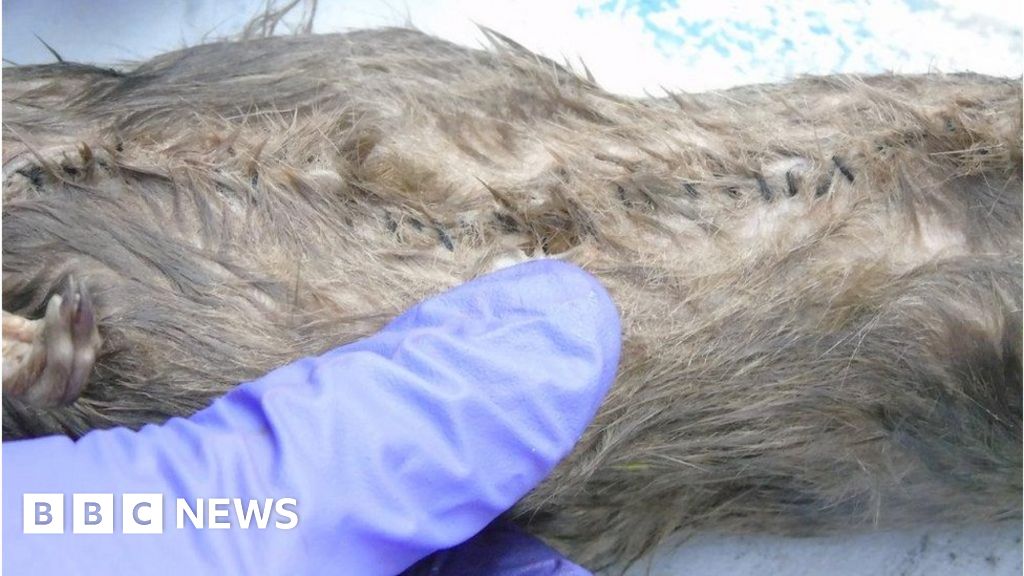 Drugs, tobacco and mobile phones were smuggled into a prison filled with dead rats.

The objects were sewn in the bodies of three rats, which officials found in early March in the HMP Guys Marsh area near Shaftesbury, Dorset.

This was the first recorded case in which rats were used in this way, said the Penitentiary Institute.

He said he was investigating the Dorset police, but he could not say whether anyone was arrested.

Warning: The graphic image below

Prisoners cut off rodents who apparently threw themselves across the fence and found a lot of drugs, including spices and cannabis.

Five mobile phones and chargers have also been discovered, along with three SIM cards.

The items were intended for collecting from the ground and sold to prisoners, said the Prison Service.

Minister of Prison Associations Rory Stewart said: "This finding shows the exceptional lengths to which criminals will go to smuggling drugs into prison."

In June 2018, a senior Dortmund embassy in Dorset said that the use of drugs in the HMS Guys Marsh was "widespread", which caused many recent deaths.

The prison service stated that it intends to replace windows in prison to prevent the movement of drugs between cells.

He also said that an additional 12 prisoners supported prisoners with substance abuse problems.