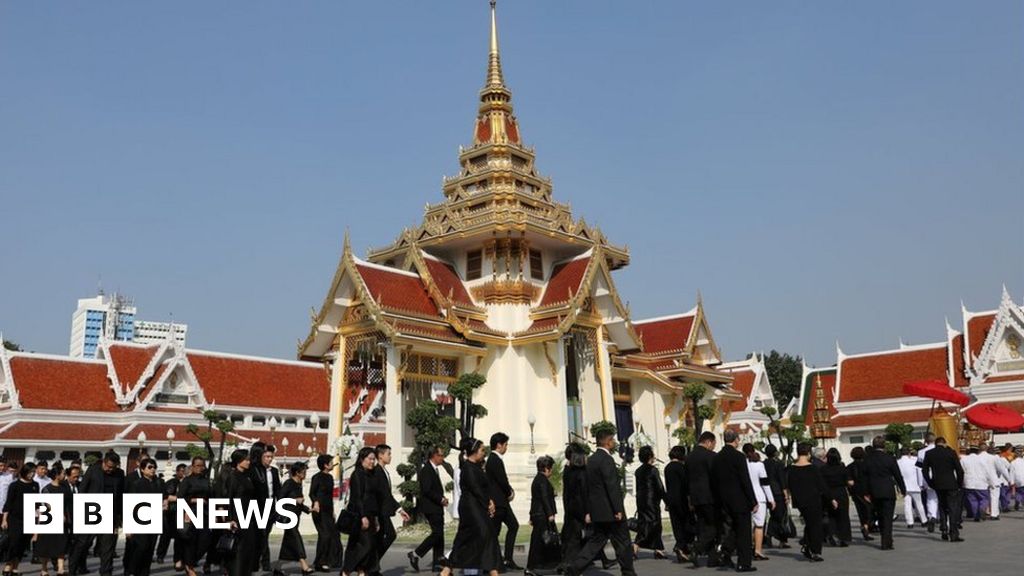 The burial of a Leicester City owner who has died of a helicopter accident outside the club's stadium is under way.

The royal soldiers, the monks, and the relatives of Vichai Srivaddhanaprabha attended a parade in Bangkok's Bangkok, Thailand.

The funeral started with Buddhist bathing ceremonies, and after seven days ceremonies followed them.

The death of Taiwanese billionaire, Mr Vichai, was killed by two associates, two pilots and two passengers, when the helicopter landed on a car park on October 27 after leaving King Power Stadium.

Jonathan Head, BBC's Southeast Asian correspondent, is in the church and said the ceremony was held behind closed doors.

The ceremony was not a definite start, he said, but close friends and relatives are coming for the next few hours.

Mr Head said the elements of the funeral are very important.

"You will see the burial objects of King Vajiralongkorn, using a special funeral urn and a five-level umbrella with a very high status," he said.

He added, "People are watching the funeral in many ways to see how much they thought of Vichai.

"He was a successful businessman, but sometimes controversial."

Mr Vichai arrived in Thailand on Friday before the funeral.

The helicopter wreck was removed on Friday before the stadium.

The Air Accident Investigation (AAIB) has begun to investigate the helicopter and in-flight fastening components.