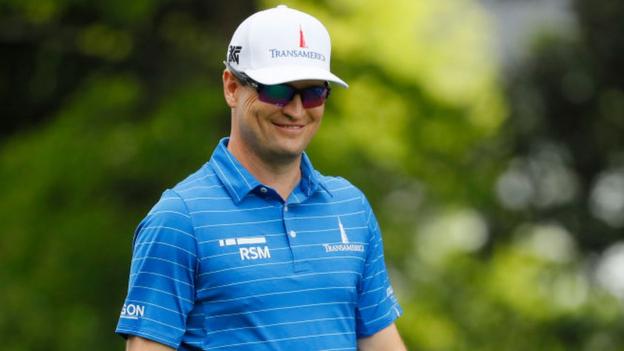 For a moment, Zach Johnson joined Amateur Hackers on Friday, with partners Ian Poulter and Matt Kuchar going in seams.

The 2007 Masters champion was in thirteen tee through his routine before shooting, swinging his driver, but he moved a little and intercepted his ball, which was reflected by the marker.

"For him and all of us, this was a bit shocking," said Poulter, who did not actually see the incident because he received a drink from his bag, but he was pleased that he had already published a lot of them. internet.

After an initial shock, the Englishman said Johnson saw the funny side.

Only Johnson's pride was affected because he was allowed to catch the ball again without penalty because he did not intend to move it.

"That was the first. I thought I did everything, but now I know I have it," the 43-year-old said, adding that he would not let him forget the ball.

"Actually, I hit a good tee shot after that," said Johnson, who went on a bird's hole on his way to one over 73 that left him three for the tournament.