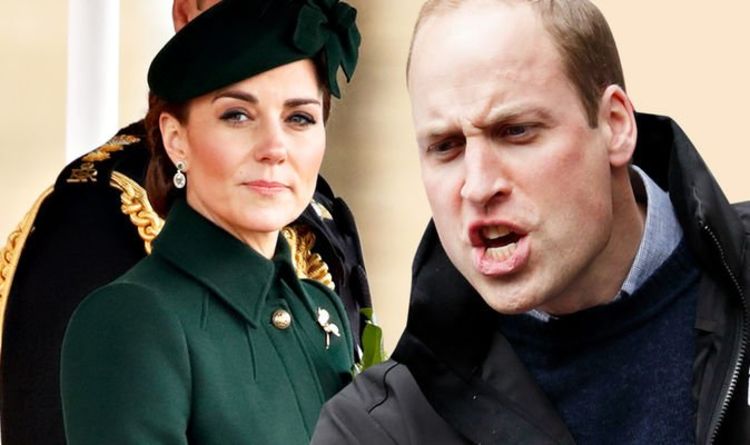 Kate Middleton and Prince William met at the University of St Andrews. Duke and the Duke of Cambridge were friends for some time before their relationship turned into romance, and like Prince Harry and Meghan Markle, they both walked with other people before they decided to stand together. However, one of the former William's flames was at the center of a fiery meeting at a party visited by the royal couple.

Carly Massy-Birch was William's she was interested in love before falling for Kate, but after the break they remained close, while Mrs. Massy-Birch lived across the street.

In 2011, the book "Making a Royal Romance" by Katie Nicholl, a royal expert, argued that the game "I never did" at the university triggered the "thunderous" reaction of William.

The game sees a group of people who are exchanging and referring to something they have never done – and if one of the groups has done the thing in question, they must drink a shot.

Ms. Nicholl notes that one of the participants at the party warned: "When Carly was in the queue to play, she announced:" I never walked with two people in this room, "knowing that William was the only one who had because Kate was sitting next to him. "

William was told that she "looked disgraceful" to Mrs. Massy-Birch before she whispered: "I can not believe you just said that."

The party was told that the conflict was "in shock," and Kate was said to have little conversation with Mrs. Massy-Birch since then.

The source said go. Nicholl: "We knew they were together, but it was the first time that William confirmed his and Kate's attitude to the public."

Before the incident, Mrs. Massy-Birch was supposed to be "engraved" on Kate because of her close life situation with her ex.

Years later, all complications from the beginning of their relationship in the past, when the duke and duchess of Cambridge enjoy family life with Prince George, Princess Charlotte and Prince Louis.

The relationship had its ups and downs.

The pair had two breaks, which is most noticeable in 2007. t

After a very serious division between them, the couple soon reunited.

Queen Katie Nicholl even claims that they made a wedding in 2007, and Kate "got a prince".

The couple married in 2011, the year after the release of their engagement, and linked the knot at Westminster Abbey to millions of benevolent people.