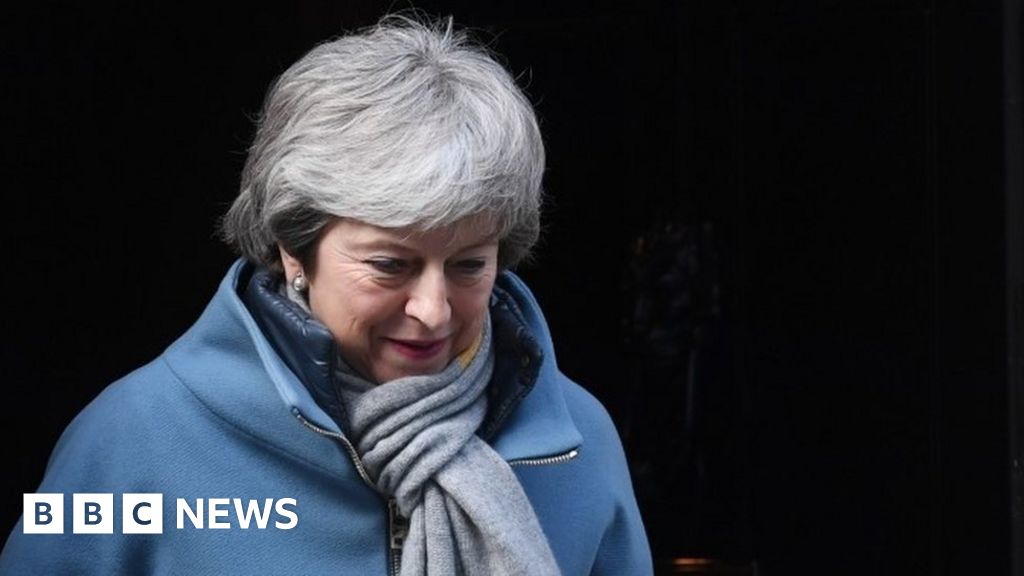 Theresa May could get support for her Brexit deal if she promises to stand down as PM, senior Conservatives have told the BBC.

MPs in the party have said they might reluctantly back the agreement if they know it will not be responsible for the next stage of negotiations with the EU.

It comes as newspaper reports claim cabinet ministers are plotting a coup against her.

No 10 has dismissed reports that Mrs May could be persuaded to stand by.

The prime minister has come under increasing pressure to quit following a week in which she was forced to ask the EU for extension to Article 50, and criticized for blaming the delay in Brexit on MPs.

It remains unclear whether she will bring her withdrawal agreement back to the Commons for a third vote next week, after she wrote to MPs saying she would only do so if there was "sufficient support" for it.

According to reports in some of Sunday papers, cabinet ministers are planning to oust Mrs May as prime minister and replace her with a "caretaker leader" until a proper leadership contest is held later in the year.

But there were different accounts of who the preferred candidate is, with the Brexiteer and Remain wings of the party said to favor different interim leaders.

The Sunday Times reported that Mrs May's defacto deputy, David Lidington, who voted Remain, was lined up to replace her, while the Mail on Sunday said the Brexiteer Environment Secretary Michael Gove was the "consensus choice".

But one senior backbencher told the BBC's Iain Watson that even standing aside would not be enough for her deal to be voted through – having twice been defeated by large margins – and that Mrs May might as well "dig in".

No 10 dismissed suggestions that Mrs May could be persuaded to stand by, or that she would agree on a "job share" arrangement where senior ministers would be given extra responsibilities.

The BBC's political editor, Laura Kuenssberg, said there was "serious maneuvering" going on.

It comes ahead of a week where PM is expected to lose further control over the Brexit process.

A cross-party group of MPs will press for alternatives to her deal to be debated on Wednesday – something government sources expect to happen.

In the coming days, as many as six other options, in addition to Mrs May's deal, could be voted on, in order to see which are most popular. They are:

Read the week ahead in Parliament

'Put It To The People'

On Saturday, hundreds of thousands of people marched in central London to call for another EU referendum.

Organizers said the initial count showed more than a million people had turned up – putting it on par with the biggest march of the century, the Stop the War march in 2003.

Meanwhile, the woman behind a record-breaking anti-Brexit petition, retired lecturer Margaret Georgiadou, said she had received death threats over the poll.

Earlier in the week, European leaders agreed to delay the UK's departure from the EU until at least 12 April, from 29 March.

If Mrs May's deal is approved by parliament next week, the EU has agreed to extend the Brexit deadline until 22 May.

If it's not – and no alternative plan is put forward – the UK is set to leave the EU on April 12th.