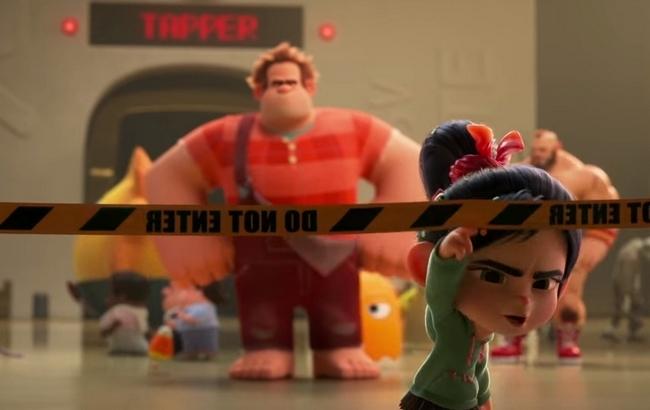 They said their impressions of cartoons.

Ukrainian stars have expressed a new children's cartoon – "Ralph 2: Against the Internet".

Based on the plot of the cartoon, the main character Ralph enters the virtual world with such force that it begins to collapse. For newer characters in the first part, new ones were added – Inject, Takkk, and Spammer. Those who duplicated Anatoly Anatolich, Masha Efrosinino and Jamal.

Spammer is the conductor of Ralph and Venelope in the world of Internet and terrible darkening. He is an Internet guru, sales manager and spammer.

"Spammer is an ordinary man, we are not like that – life is like that, his job is to push different people to the network. When I started my channel, I realized that I did not advertise anything. I will not spoil it, but the hero will surprise you" Hero Anatoly Anatolich.

He turned out to be a true fan of disney animation and is happy to study new items and famous hits along with his daughters.

Inject – a powerful, agile and robust racer. With his persuasive orientation he leads his team and keeps bad situations. Whenever, the girl is ready to hit and always confidently goes to the goal. The doubled Inject went to the Ukrainian singer, Jamale, and took on this role with great enthusiasm.

"It's so cool, the reincarnation of your hero is 100% and you live a little life. In addition to the dialogues you will also hear a song in my performance in the movie, do not be surprised if you do not hear the voice you are used to, but the voice of the Inzhect race. This is a real challenge for filming – forget about your personal experiences. In general, we are very similar with Inzhekt – I also like crazy rhythm, speed and driving. The only difference is that I do not ride a bike, "Jamal admitted.

But elegant TV host Masha Efrosinina has become a cool business coach for Taccco. It's an elegant and powerful will, it's always in the trend and even from the slow-moving Ralph will be the star of YouTube.

My heroine is like an emotional bomb, very modern and very motivated. I like the theme of the new Disney cartoon, because we all live with one foot in the virtual world. News, photos, posts, communications, and how you do not try to take internet detoxication – it's simply unrealistic. The doubling of an animated heroine is a very exciting experience. You enter into your history; you are aware that outwardly "an iceberg leader" is very vulnerable, "the famous television broadcaster commented on its character.

Adventure with animation "Ralph 2: Against the Internet" will appear in cinemas on November 22nd.

By the way, we previously wrote that the heroes of the series told about shooting the final of the saga "Game of Thrones".

They also talked about what is expected in the movie premieres of November.