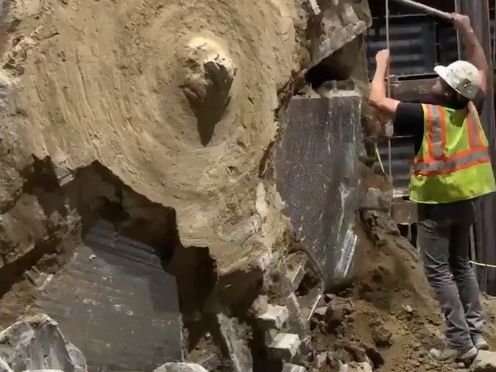 The founder of SpaceX and Tesla Ilon Musk showed the final stage in building a super-fast underground tunnel near Los Angeles.

An American businessman and inventor Ilon Mask showed the exercise, which concluded the construction of the Boring Co underground tunnel near Los Angeles, where they will begin the ultra-speed of the automobile route. About reported on Twitter.

"I congratulate the Boring Company at the end of the tunnel! The latest technology!" – wrote Musk.

In April 2017, the head of Tesla and SpaceX companies presented a draft tunnel network near Los Angeles in the United States at the TED conference. According to this idea, these tunnels will have additional ways to drive vehicles around the city. Each car will be able to descend into a tunnel on special platforms located in various parts of Los Angeles. Under the floor, cars will also move on automatic platforms, the speed of which is estimated to be around 200 km / hour.

May 2017 is Musk on its Instagram website they showed the first tests in the Hyperloop Tunnel near Los Angeles.

On October 22, he reported that the first super-underground tunnel near Los Angeles is almost ready for operation. According to Ilona Mask, the opening of the tunnel is scheduled for December 10th this year.