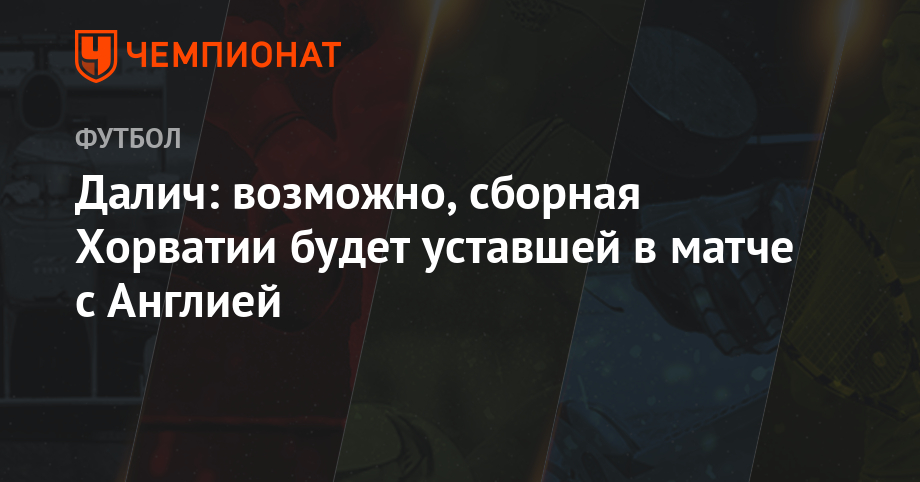 Dalić: maybe the Croatian team will be tired of the game with England

Head coach of the Croatian team Zlatko Dalic the common expectations of the upcoming UEFA League UEFA competition with the England team in the 6th round.

"England is a very strong team with fast young players, but I'm worried about my team because we played with Spain and maybe we were tired. Early start of the match is not a joy, but what can we do? We will try to make this day wonderful, I hope we will be fully prepared and we can play our football.

This is our third game in the last three or four months. Teams are well-known. The most important thing is that we beat English in the semi-finals of the World Cup. There will be a special atmosphere at Wembley, "Dalic points out Sky Sports.

The match between England and Croatia will be on November 18 in London at the Wembley Stadium and will start at 17:00 Moscow time.

Let's remember that England and Croatia played in the semi-finals of the World Cup 2018. The victory in the extra time was won by Croats with a score of 2: 1.

Southgate: England has a great motive before the game with Croatia