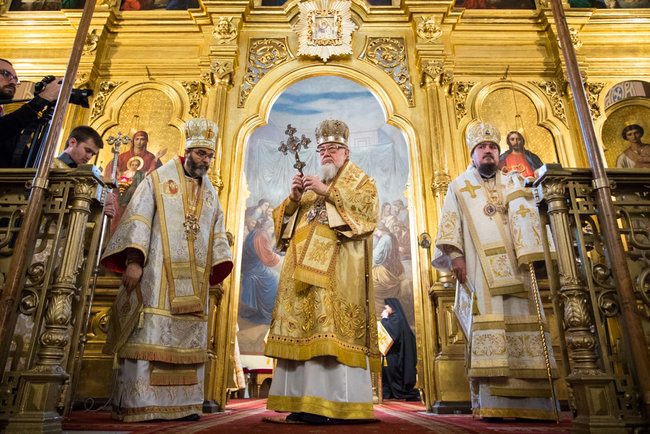 The secretary of the UOC-KP, Archbishop Chernihiv and Nezhinsky Evstratiy (Zorya) reports this on his Facebook page.

He explained that the PAOC Council calls for the convening of a meeting of heads of local churches for a peaceful, evangelical tradition and canons for resolving the Ukrainian issue.

And the only thing that has the right to decide on the convocation is the Ecumenical Patriarch.

Eustratiy said that Sinax could gather when the new reality – the autocephalous local Ukrainian Orthodox Church, which Tomos recognized and proclaimed. And the primacy of this Church will be a full member of the Synagogue.

He also stressed that the text does not contain the word about the decision of the Ecumenical Patriarchate on September 11 – not denying the right to receive and handle the complaint, nor to restore the canonical dignity of the entire diocese and clergy of the Kvirska Patriarchate and the UOOC. The decision is not granted, but there is no direct denial, Eustratius warned.

According to him, the point of the ban on entering liturgical-prayer contacts with the spiritual "so-called Kiev Patriarchy" and "so-called autocephalous church", "which in previous acts did a lot of evil" is only a pattern of casuistry. It is not clear that we are talking about all the priests of the two churches or only those who, in the opinion of the Polish Church, "did much evil"? Who and how to establish a measure of total evil.

Eustratiy emphasized that the Polish decision can be interpreted in various ways – and it is obvious that this was the intention of his authors – but in reality this is not an obstacle to the Ekumenski Patriarchate in the future to carry out its decision on autocephaly for Ukraine.

"Even the PAPC bishops do not formally mention the decisions of the Ecumenical Patriarchate – they do not support them, but they do not condemn it. They just do not remember. And the formula chosen to" prohibit liturgical contacts with priests "is ambiguous and specifically written in such a way soon after, it lost its meaning, "- concluded the Archbishop Chernigov and Nezhinsky.

Let's remember that the "Today" website reported this The Polish Orthodox Church banned communication with UOC-KP and UAOC. The ban applies to the liturgical and prayer contacts of Polish Orthodox priests with the Ukrainian.

Let's also remember that this was said by the head of the Finnish Orthodox Church Lev Ukrainians have the right to an independent church.