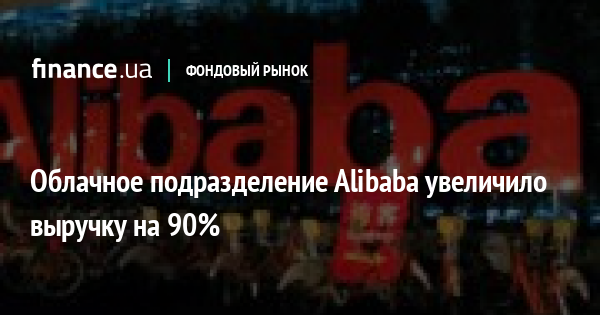 The Chinese Internet giant Alibaba Group reported on the results of its work in the fiscal quarter that ended on September 30, 2018. Cloud-based business continues to show rapid growth, contributing to total revenue growth.

In July and September 2018, Alibaba Cloud, which specializes in the rental of computer services and computer infrastructure services, totaled nearly 5.7 billion yuan (US $ 825 million), up 90% from a year earlier. In April and June, revenues rose by 93%.

84% of the income was provided by e-commerce companies, 5% from cloud services, and 9% from multimedia and entertainment services. The other 2% of income has enabled the acquisition of so-called innovation initiatives and other areas.

More than 80% of Alibaba's traffic is on the Chinese market. The user base of active customers using Alibaba (Taobao, AliExpress, Tmall, etc.) has exceeded 601 million people by the end of September 2018.