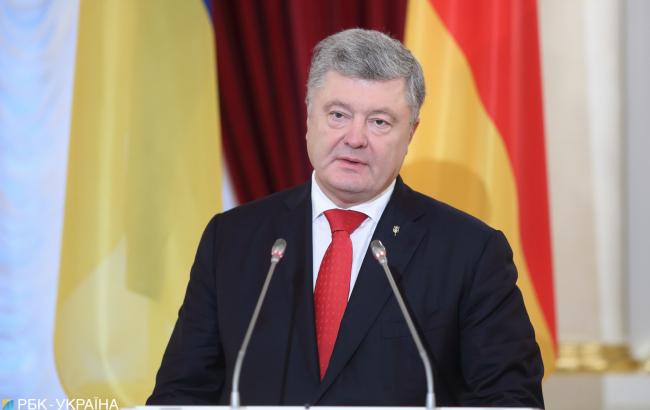 Poroshenko was introduced by Alexander Velbovets

President of Ukraine Petro Poroshenko introduced a new head of regional state administration Cherkasy Alexander Velbovets. This was said during a meeting with the rich region of Cherkasy.

According to Poroshenko, before that, Velbivets spent three years as head of the regional council Cherkassy.

"First of all, I would like to thank Yuri Tkachenkou, we have been seriously talking to him, while still working for the RSA president, I was not president yet. I thank him for what he did in Cherkasy and Cherkasy. I would like to introduce Alexander Ivanovich, but does not need introduction. He is the person of Cherkaska, he is supported by the president, the public and the president's choice is true, "he said.

So, Poroshenko, who commented on the situation that developed with heating in Smela, ordered the new RSA leader to resolve the situation.

"I will not complain to people, so I will ask you to come to Aleksandar Ivanovich – travel to Smelo and start to solve the situation. For a few days, move your reception area to Smelo," he said.

Zustrić with the means of Cherkasy region

Let's remind ourselves that we previously informed that on 11 November the city council of Smile announced the intention introduce urgently due to lack of heat. As early as November 13, in fact a lack of heat in Smile criminal proceedings have begun.

They also reported that on November 15 Poroshenko demanded, as soon as possible, to connect the inhabitants with the heating. Poroshenko stressed that heating in cities is directly responsibility of city leaders, and preparing for winter is the responsibility of local authorities. Currently, the heating season in Smela is restored.

In Kiev, utilities demolished glaciers along with air conditioners: no one will receive compensation – RBK Ukraine