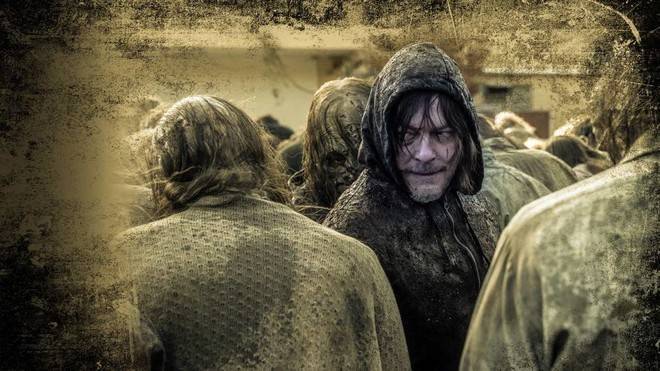 The tenth season of “The Walking Dead” ends Sunday after a season at the end of a hectic 19-month cycle during which the pandemic changed the way it operates before its eleventh and final season.

More than a decade after its first premiere, this series, adapted for graphic novels of the same title, still hides more surprises, and if the hero Rick Grimes is gone, Daryl, Carol and Michonne are still battling the living dead.

Although the number of views of the movie “The Walking Dead” has decreased compared to what was at the peak of the series’ popularity, a large number of fans still watch it and it is still the first in the series on American cable TV stations, without demand taking into account the video platforms.

Paula Lazaro, who joined the series in the role of Juanita Sanchez nicknamed “Princess”, said the series looks “linked to the epidemic” as it “teaches how to build a society after everything is destroyed.”

“Walking Dead” deals with the adventures of a few people who have survived a catastrophe caused by a virus that turns the dead into dead ones that feed on human flesh and pass the infection on to themselves.

The “Covid-19” pandemic was reflected in the filming of episodes of the series, which stopped for several months before returning to six episodes that caused health restrictions, leading to a reduction in the number of characters in the scenes and thus to more scenes that do not involve just two people or persons. And Lazzaro saw this as a “side close to the stage,” and the actress, who is also a playwright, found that this allows for “greater depth of characters,” adding, “It was a pleasure.”

Lazaro doesn’t yet know if the eleventh season, which continues until 2022, will notice the character of the “princess,” especially since the series doesn’t hesitate to cancel the main characters in it.

Paula Lazaro notes that fans of this series are attached to it: “People grew up with this series and fell in love with these characters who somehow became part of their family,” she says.