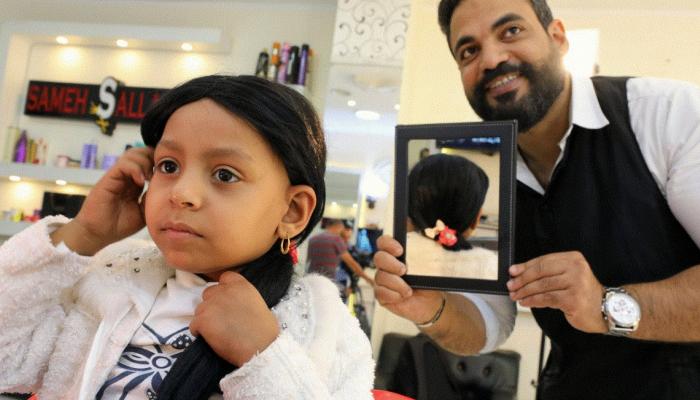 Since the beginning of March 2019, the Hopemakers initiative has attracted a large number of participants from across the Arab world who want to contribute to the spread of hope and positive change.

So far, Hopemakers have received thousands of stories of hope for individuals and groups who have projects and initiatives that want to help people, improve quality of life or contribute to tackling some of the challenges facing their society.

The Initiative's initiative aims to spread stories from the Arab world to people who have inspired others who want to change their society for the better, and review some stories that open the window of hope, optimism and optimism in our Arab world.

The first story: she donated money and her time in exchange for the features that were painted on the face of the children

The news of the family member's cancer is a state of sadness and anxiety, which can adversely affect the mental state of the patient, which may coincide with physical symptoms due to illness, one of which is not the least bitter in hair loss in patients and men.

The Egyptian hairdresser, who has a modest hairstyle in the center of Cairo, perceived this suffering accidentally after watching videos that circulated through the social networks of a child who was hit by cancer and who was overwhelmed with happiness because the wig is covered head.

The young man, Sameh Salam, has decided to repeat the experience in his community in Cairo and make fun of the children of low-income families who suffer from the burden of cosmetic treatment and treatment costs. To make them with specifications and sizes suitable for people who are infected with the disease, and materials that are suitable for the body, and in their free salon for children with cancer from low-income families in order to prevent Sameh without feeling the child's desperate life and introvertity for fear of seeing people without hair covering their heads. 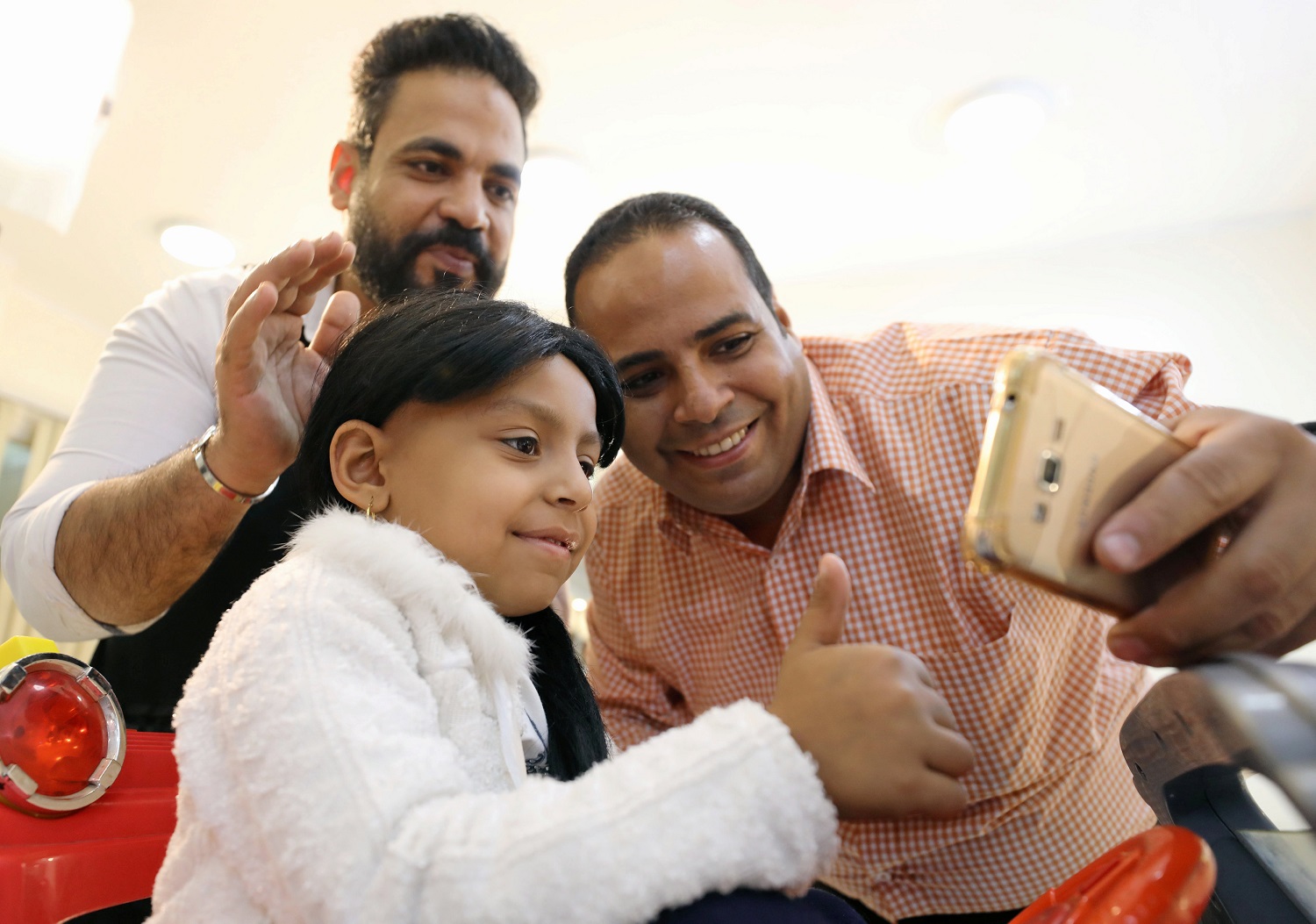 The purpose of peace is to raise children who are infected with the disease, can not offer them treatment, but according to his description, he tries to help them overcome the psychological distress of a general appearance, which can have a positive effect on the health condition for which they strive. When he recalls the words of his father's girlfriend who came to give her wigs one day, his father told him about his daughter's happiness and the extent of her great positive influence on her psychological state.

Salam says that, despite the challenges of the project, he finds happiness in himself and seeks positive energy that helps him to survive on a daily basis, and confirms that he is buying urgent things to make a wig from his own money. In accordance with the received requirements, it should be installed free of charge for those who need help.

Even though he financed the project, Sameh Salam continued his humanitarian career when he placed hope for his sick children, although he sought to increase the number of beneficiaries and spread the idea in neighboring cities. 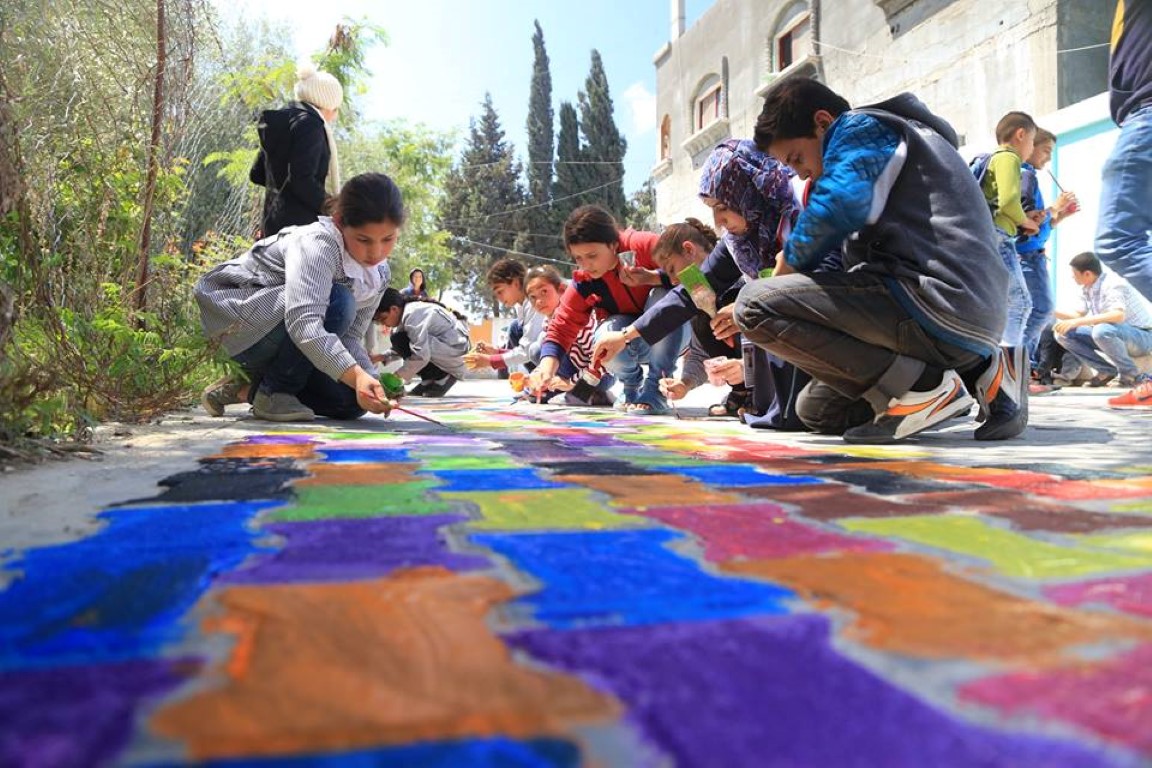 In the vast kingdom of Morocco, which has more than 35 million inhabitants, the capital of Raba is a health institution equipped with various medical needs and needs, as well as a large number of specialized doctors residing in the Kingdom.

After the illness became a tough host of Mrs. Khadija Al-Qarati's family, her husband, who was forced to continue in the search for treatment on a long course of treatment, decided to take the initiative and move out of this dilemma with strong determination and high Morale to really help others cope with the disease In order to cope with its profound consequences for the daily lives of those who suffer from it, especially women who do not have help and support The Jannat Social Center has been established for many years now accept cancer patients in order to alleviate the need for treatment to come to the capital from their remote areas in the cities and villages of the kingdom.

The 3-storey center offers free accommodation for 20 to 25 patients a day from cancer patients from the whole kingdom of Morocco who spend their time in the capital. Patients benefit from a treatment center at specialist hospitals and clinics until they return to their homes.

Ms. Khadija Al-Qarati, who runs the Jannat Cancer Housing Society, hopes that this initiative will continue to serve more cancer patients throughout the kingdom, seize the support of philanthropists and strive for important social and human work that promotes cohesion, cohesion and solidarity different groups.

The Center has a special message for women and their purpose, in their health, health and dignity, supported by numerous charity, health and humanitarian organizations from the local community, inspired by Mrs Khadija's step, supporting beneficiaries and providing part of the cost of accommodation, treatment or both guests of the center.

The initiative was greatly supported by the local community and the media, and many television programs were hosted by Mrs. Khadija to present the initiative and highlight the success stories, recovery and recovery recorded over the years.

Ms. Khadija uses various media events in which she is very humiliated to encourage her to contribute to the support of cancer patients in every way to alleviate their suffering and to inform them of the extent of social solidarity with them.

Social networking platforms are also used to encourage young Moroccans and charities and humanitarian organizations to join the efforts of the Center for the Promotion of Community Health and the awareness of the importance of supporting its vulnerable groups, in particular cancer patients in need of sustainable health and community care for treatment, rejuvenation and the beginning of a new life.

The third story. Palestinian cultural initiative for the generation of conscious readers 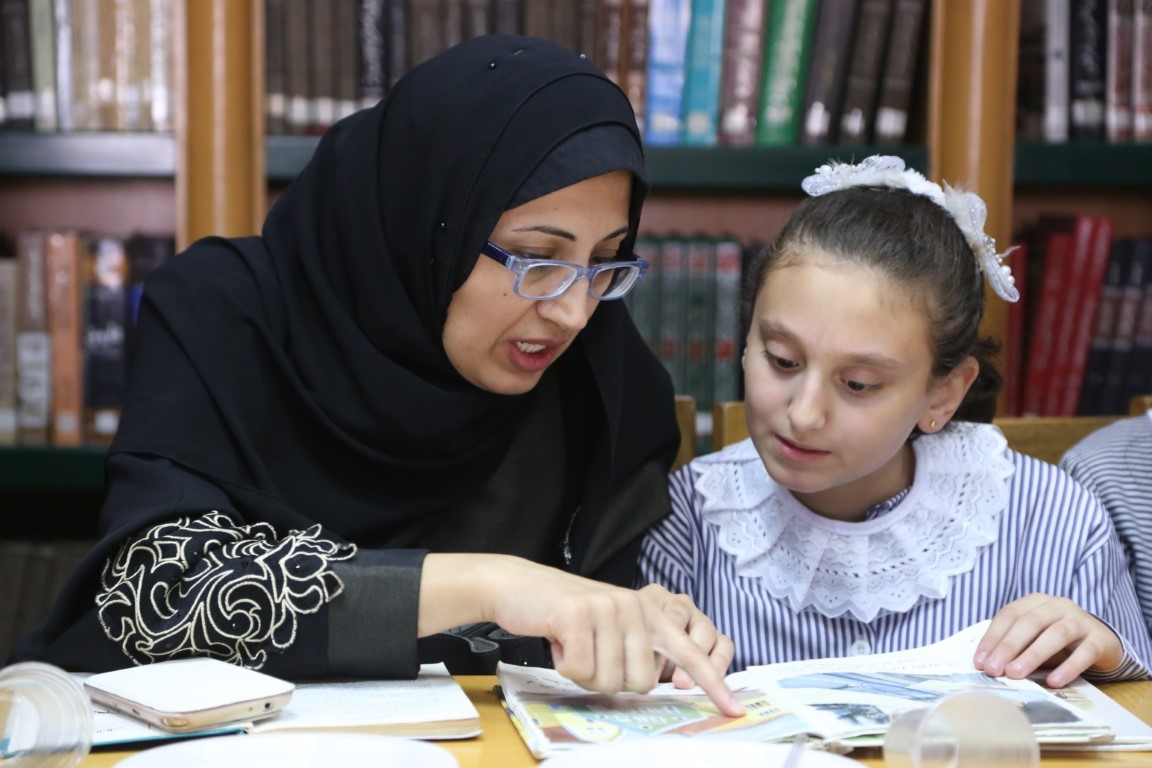 How are you resisting consciousness? How do you make the letters light candles in the darkness of oppression and siege? How to make wings with wings that transmit hope and penetrate into the clouds of dark darkness, from the weave of recognition of the clothes, embroidered with symbols of human values ​​and openness to the cultures of the world and the spatial spaces of the new generations, so that they do not forget the identity? This is "necessary".

And the "required" initiative is similar to those launched in Palestine in order to eliminate the siege of the book in violation of arbitrary measures that hinder the dreams of the generations wishing to read, to seek knowledge and to expand the bridges of cultural and humanitarian communication with the outside world.

The initiative occasionally collects applications from 17 Palestinian libraries, divided into 11 libraries in the capital cities of the West Bank, such as the Ramallah, Nablus, Tulkarm and Jericho, six libraries in Gaza in order to contribute to the needs of reading books and, most importantly, a number of obstacles and complications on the path to the introduction of a useful book for Palestine.

Together with the Tamer Community Education Institute in Palestine, the initiative responds to the requirements of libraries that identify the books you want to buy, then lists the books on its website and then begins to receive donations by individuals around the world to purchase and send the necessary books. An initiative to coordinate the delivery of books to libraries in the West Bank and Gaza Strip.

With innovative digital and logistic solutions, the initiative has shortened cooperation with international, humanitarian and cultural organizations from around the world, long, hard work and distress that was encountered by friends of the book and reading readers in Palestine to acquire books that are obscured by the occupation. politics of ignorance, impoverishment of knowledge and intellectual opacity.

The most important feature of this initiative is its ability to change the concept of donation of old books, which has long been widely distributed among many institutions that support reading around the world. "Wanted" focuses on attracting targeted and targeted donations that provide the latest books that readers want. Actually, instead of submitting books that go beyond the needs of which languages ​​may not be known to readers in Palestine or whose themes are old or not necessarily the advantage of readers.

While the first phase of the initiative focuses on the provision of books required by children, students, school administrations and educational institutions, they look forward to extending their framework in the future so as to include all age and cognitive, cultural and literary concerns.