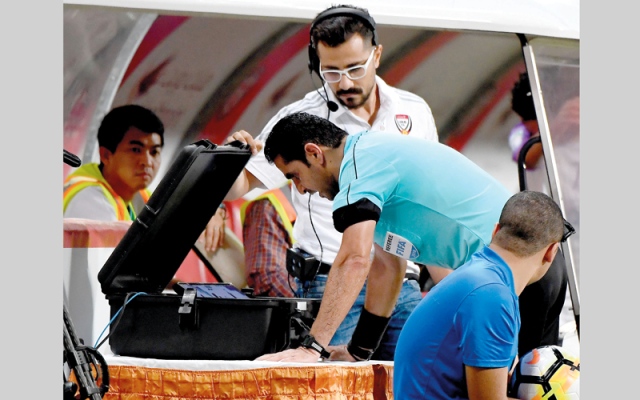 The Asian Federation of Confederation (AFC) announced on Thursday that it will use the video help system in the United Arab Emirates at the beginning of next year, starting from the quarter-finals of the Asian Cup.

AFC showed its initial desire to use video rules in September, but has now confirmed stability in system performance in seven games in the Asian Cup and starting with a quarter-final.

The big leagues in Spain, Italy and Germany use a video that allows changing key decisions by following the repetitions shown in the video at the last World Cup in Russia.
The 2018 Asian Cup will be for the first time 24 teams, instead of 16 teams in the last tournaments.