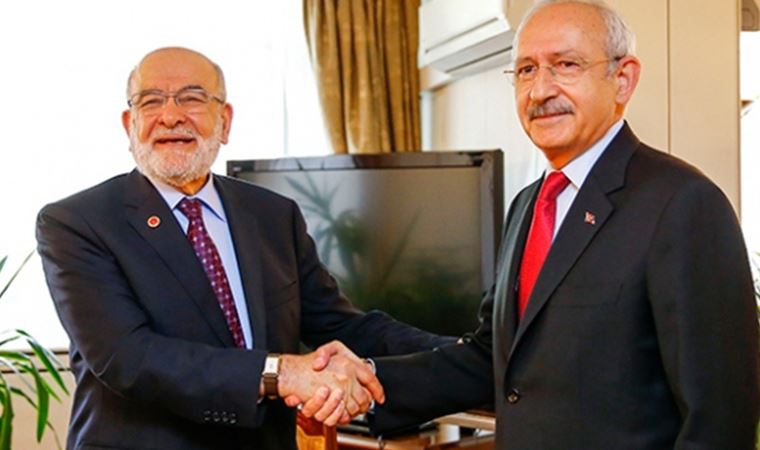 Echoes of the visit of ACP President Erdoğan to the chairman of the Felicity High Advisory Committee, Oğuzhan Asiltürk, are still ongoing.

Erdogan’s statement after the visit: “My visit to Asilturka is a courtesy visit and this is an alliance issue, this is an electoral alliance or any support must be on our side in this fight against terrorism, while we are fighting terrorism for the future.” brought up.

Highlights from Karaduman’s assessments are as follows:

IS THE SAADET PARTY IN THE NATIONAL COMMITMENT?

COMMITMENT OF PRINCIPLES, NOT IDEOLOGIES

STATE OF ALL PARTIES ON TERROR

Today, he is not yet in a state of horror to serve, as no political party in Turkey says. The position of all political parties on terrorism is clear. It is clear that all political parties stand in the place of an effective and determined fight against terrorism. The Azerbaijani struggle for independence in Turkey has stood by Azerbaijan in a poll conducted by all but one party in parliament. On the issue of the Eastern Mediterranean, the Felicity party supported the government’s fight for its legal rights.

This will be decided by the members of the AK party. Who will file this petition. It is obvious that MHP will file a petition, but what does the AK party say? They need to be asked. I am not a lawyer, the HDP should be legally tried by independent free courts. This must be decided by law. If politics decides, it will be a sign of tutoring the judiciary. The HDPE, which carries out political activities under Turkey’s constitution, has taken the game to a political party representing 6 million people in parliament. The HDP is electorally assisted from the budget. We see it as a political party that carries out its political activities by fulfilling its constitutional obligations.

VOICE OF STATE OPINION TO THE PRESIDENT

We call the President of the Republic, coming from the National Vision tradition, within the National Vision. First, the AK party government must not be an enemy in Turkish political parties. You should listen to all political parties. When criticism relates to the course of the state, it should not be understood as horror and betrayal. A basis should be built for a compromise that will ensure social peace. Second, in a country where social peace is being built, the judiciary must be free to make decisions. The judiciary should not decide according to a sentence that comes out between someone’s lips. In an environment where justice is not guaranteed, we cannot talk about strengthening human rights and the economy. It should end the loss and glare. It must ensure fairness in the distribution of income. The economy does not understand that some circles are winning and the country is impoverished, but policies based on production and ensuring fairness in the distribution of income must be followed. neither a country that could become a satellite of one of Turkey’s foreign policies in foreign policy with its personality, nor a day of unity with interests in the long run would mean that Turkey’s interests would be median.