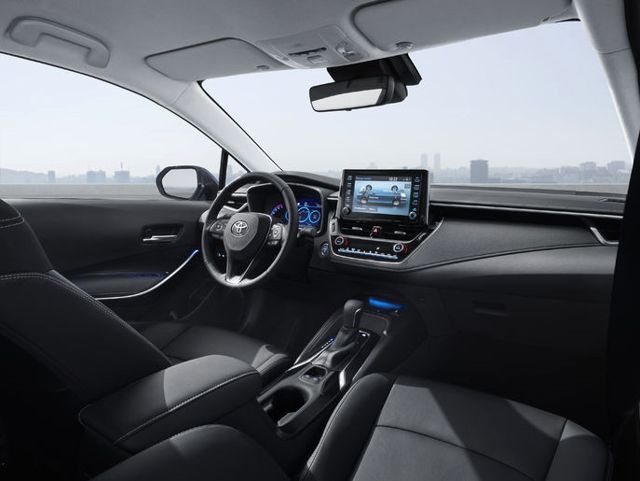 The Toyota Corolla Sedan 2019 was introduced at a China Auto Show.

The Japanese automotive giant introduced the 12th generation of the Corolla, which sold 46 million units in 150 countries. The model will be sold in Europe, will be manufactured in Turkey and need an interior design engine should include the latest technologies and models. The model will be available in the first quarter of 2019, and the limo will definitely sell a lot in our country.

Will produced in Turkey will go into history as a second hybrid model!

The 12th generation Toyota Corolla, which was presented at the Guangzhou Automobile Showroom in China, is one of the leading models of the company. Built on the TNGA architecture as in the Hatchback model. Choosing two different engine options will attract the attention of the hybrid engine. In combination with a 1.8-liter petrol engine, the system is self-inflating.

Fuel consumption was reported as 3.4 liters per 100 kilometers, with total power of 90 kW / 122 hp. The Toyota Corolla Sedan Hybrid, which has an emission value of 77 grams per kilometer, is the latest data from the plug-in hybrid system.

New Toyota Corolla Sedan 2019 – The option of a diesel engine

The second option is a 1.6-liter petrol engine, a 6-speed manual transmission and the option of an automatic CVT transmission, a petrol version of 5.8 liters per 100 km will be published. The Toyota Corolla Sedan 2019 – again produces a power of 97 kW / 132 hp.

The lack of a diesel version may be a questionable mark of our country, but the efficiency of the petrol engine is almost close to the diesel capacity. However, it would be useful to say that a hybrid version for the European market will be produced in our country.

There are differences on the side of design and wind from the Camry model. It could be an infotainment system.