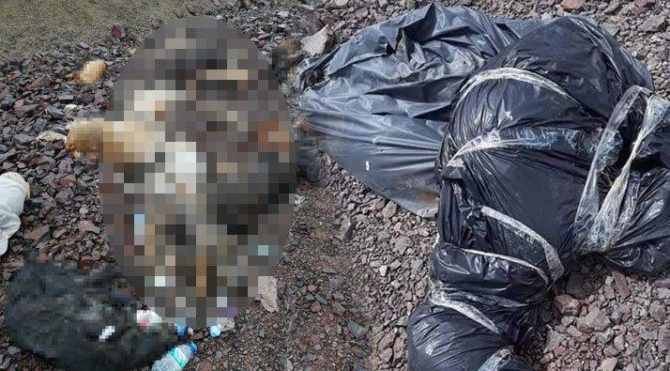 According to a written statement from the Society for Protection and Protection of Animals and Protection (HAYKURDER), dozens of dogs were found in black garbage bags on vacant land near Yıldırım Beyazıt University in the ukubuk district of Ankara.

President HAYKURDER Erman Paçalı said that representatives of many animal and association lovers went to the scene as soon as they received the news.

Lar The only way to say "stopping" this massacre is the law.

"We do not know what the causes of death are, but we do not know who these authorities were, but we fear that this is a new massacre. We got a new massacre in the news every day, everywhere in Turkey. Mankind is slowly failing. What are the authorities waiting for? When does this massacre end? When will the state intervene? The only way to say "stop." It's a law for these misconceptions. We want a law

Pokan Dogan in Samsun after Ankara