Intimidation of “successors of predecessors” in the sports world 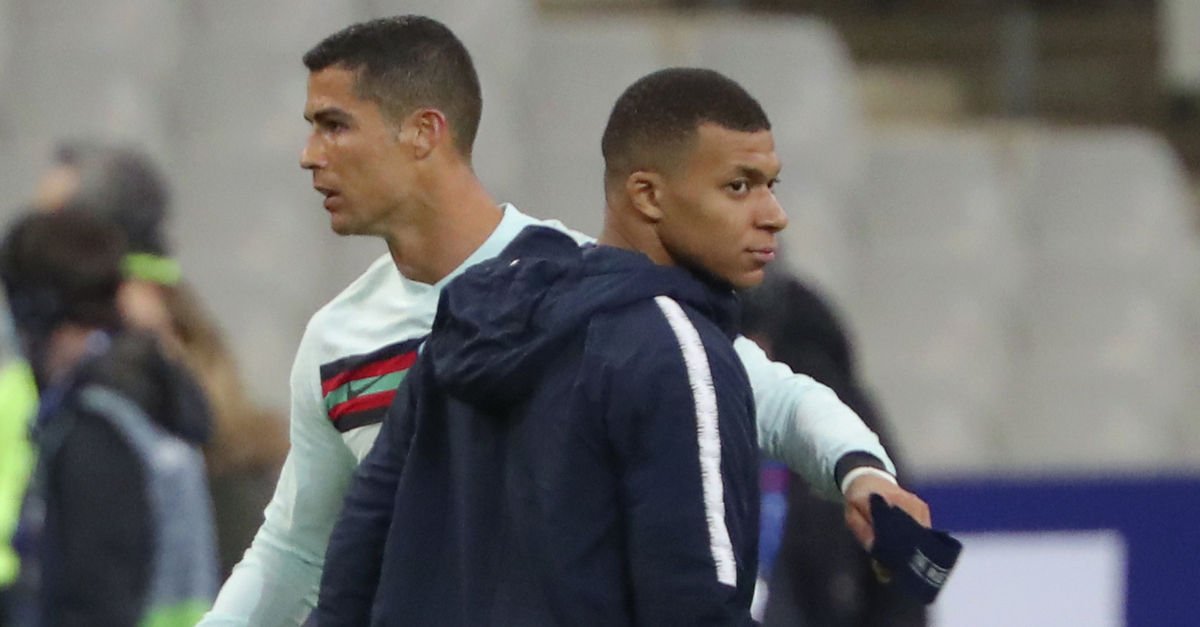 French striker Kylian Mbappe and Norwegian striker Erling Haaland in football, Greek Stefanos Tsitsipas and Japanese Naomi Osaka in tennis have recently stood out with successes on the international stage.

The recent achievement of these successes against top athletes in both industries has indicated for years that generational changes in football and tennis are approaching.

In the football world, long marked by Lionel Messi and Cristiano Ronaldo, Mbappe and Haaland challenged their predecessors with their appearances in the Champions League.

Tsitsipas and Osaka competed to succeed their rivals by eliminating Rafael Nadal and Serena Williams in an attempt to break the grand slam record at the Australian Open.

LINE TRICK FROM MBAPPA TO MESSI

Mbappe, the 22-year-old Paris Saint-Germain striker who is considered to be the most important star recently brought up by French football, came to prominence in the UEFA Champions League with his hat-trick.

The peculiarity of Mbappe’s “hat-trick”, which gave signals that he will become the new star of the football world, is that he performed this show against Lionel Messi, the Argentine player of Barcelona, ​​at home.

In addition to scoring 3 goals against Barcelona at the Camp Nou, 33-year-old Lionel Messi also showed an exceptional game in the game, which showed that the football world is preparing for a change of generation.

Haaland, a Borussia Dortmund striker who is portrayed as one of the greatest talents Norway has brought to the football world, despite his youth, is notable for his productivity on goal routes.

Although Haaland is only 20 years old, he has already broken many records in the German league and the Champions League.

Lastly, Haaland scored two goals in a match in which he beat Sevilla 3-2 in the Champions League and scored 18 goals in 13 European football club organizations.

In addition, Haaland showed this performance on the day of the match, when the Portuguese Cristiano Ronaldo, who with his stable and successful game had been among the best in history for years, was ineffective. On the one hand, Juventus lost in a Ronaldo jersey with 2: 1 against Porto, and on the other hand, Haaland once again became a star in the match of Seville.

It was again noted that Haaland, who stated that he had already set an example with Ronaldo, was one of the most important candidates who could replace his idol after retirement.

The 22-year-old Greek Stefanos Tsitsipas, who ranked 6th in the men’s singles world class, has come to prominence in recent years as one of the shining stars of the tennis world.

The Tsitsipas trio, Russian Daniil Medvedev and German Alexander Zverev, have started challenging Roger Federer, Rafael Nadal and Novak Djokovic, who have been named trio of the tennis world for years.

Tsitsipas, who managed to beat Nadal, one of the two tennis players to win the most grand slams with Federer (20), scored a significant victory for the new generation in the quarterfinals of the Australian Open from 2-0 to 3-2.

Japan’s Naomi Osaka, who is in third place in the world rankings, managed to eliminate Serena Williams, one of the most successful tennis players in history, in the semifinals of the Australian Open. Osaka once again attracted attention with its superiority to Serena Williams, who she saw as her idol and who had a fitting tournament.

As one of the most important names in women’s tennis in recent years, Osaka has also stopped 39-year-old Serena Williams, who is pushing for the record to win the most grand slams.

The 23-year-old Osaka, who has won three grand slams so far and is expected to mark the coming years, has once again proved that she will have a say in women’s tennis by appearing at the Australian Open.

LEBRON JAMES DOES NOT LEAVE A META IN THE NBA

In addition to football and tennis, the most important phase of basketball, the American Basketball League (NBA), has also begun to set new stars in recent years.

Many of the most prominent players, including Giannis Antetokounmpo in the Milwaukee Bucks, Zion Williamson of the New Orleans Pelicans, Luka Dončić of the Dallas Mavericks, Trae Young of the Atlanta Hawks, Nikola Jokić of the Denver Nuggets, have marked the NBA with their performances. .

On the other hand, LeBron James, nicknamed the “King,” who took the Los Angeles Lakers to the championship last season, has indicated he has no plans to abdicate.

The 36-year-old LeBron James, portrayed among the best basketball players in history and nearing the end of his career, has proven with his performance this season that he will be the leading player in the NBA for some time to come.