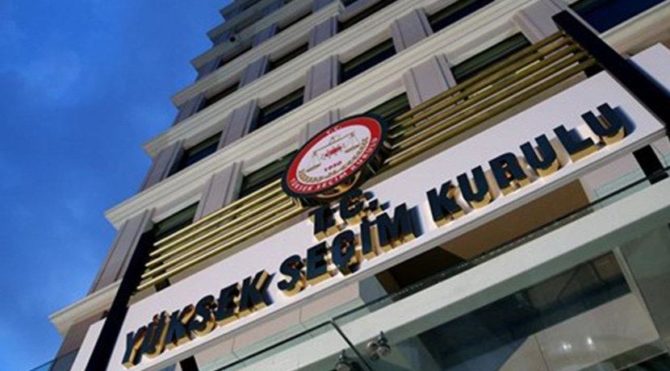 Honorary Attorney Former Minister of Justice. Hikmet Sami Turk, in the event of the annulment of the elections in Istanbul, not only for the metropolitan, 39 district mayors and all members of the municipal council, and for re-election, will be needed flyers, he said. Turkish,

When elections are canceled, voices submitted to Metropolitan are void and voices cast in districts are not valid. In these elections, they all voted in one envelope and thrown them into the chest. If it is canceled, the entire selection should be restored. The law also says diy The electoral environment is composed of border towns in the election of the Mayor of Metropolitan Kan. In accordance with this provision, the annulment of elections in Istanbul includes the re-election of the mayor and 39 mayors, as well as all municipal councilors and muftarians.

The famous lawyer Hikmet Sami Türk was the Minister of Justice in the Government of Ecevit, established in 1999.

Hikmet Sami said that in the event of the cancellation of the Turkish elections, the political party must enter the elections with the same candidates, except for compelling reasons. Turk, in defending the election of the Supreme Electoral Committee for the annulment of the elections, said: The same happened in the elections on 7 June. The AKP lost its majority in the Turkish Grand National Assembly. If the government could not be established in accordance with the Constitution within 45 days, there was a re-election. The decision was full for 45 days and a decision was made to re-elect. At the November 1st elections, the AKP won the majority in the Turkish Grand National Assembly. Now they want to do the same in Istanbul, cancel the elections and try to win in other elections