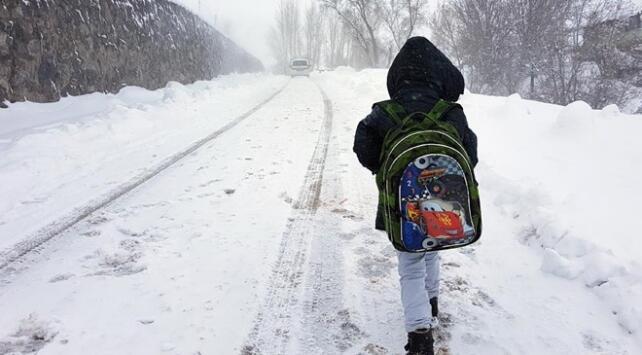 In the written statement of the district district Eleşkirt, heavy snow in the district center and related villages and meteorology was expected according to the data of strong frost and icing.

Due to adverse climatic conditions, the special provincial district teams, despite the intensive morning hours, have closed the roads until they can be opened in the statement, saying: "The schools that were transported to the level of education on Monday, March 25, were interrupted for one day." The statement was given.