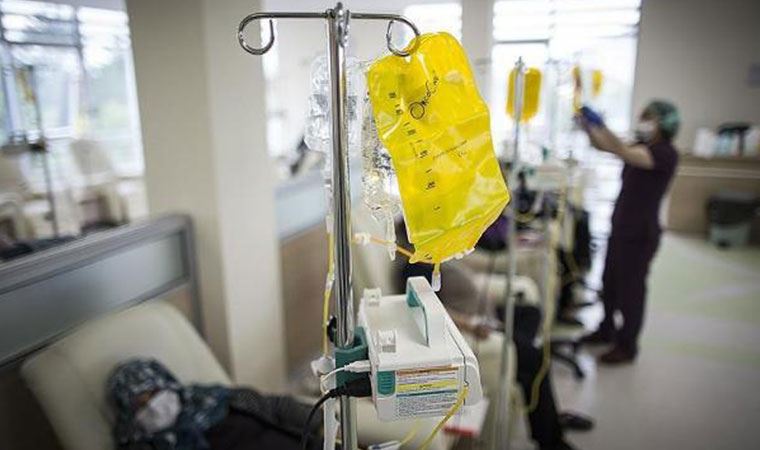 In Turkey, about 230,000 new cases of the most common cancers in men’s lungs, prostate, colon, bladder and stomach were identified in 2020; In women, it is cancer of the breast, thyroid, colon, lung and uterus. Emphasizing that one-third of cancer cases can be prevented through awareness and early diagnosis, the other third can be completely cured with early diagnosis and appropriate treatment. Dr. Yeşim Yıldırım said: “Millions of lives can be saved with the necessary strategic approaches such as screening programs, awareness raising, preventive vaccination against certain types of cancer caused by viruses, reduction of environmental factors, implementation of various preventive measures in those with genetic risk factors and early diagnosis and treatment. “

Assoc. Dr. Yeşim Yıldırım stated: “According to an IARC (International Agency for Research on Cancer) survey, it is estimated that one in five people in their life is at risk of developing cancer, and about one in eight men and one in 11 women die from cancer.”

Here are 11 myths and facts about cancer …

Real: When we look at cancer statistics today, the average five-year survival rate, including all types of cancer, is about 67 percent. In some cancers, this stage in the early stages can be 90 percent or more. There are even groups of patients who are also cured of normal cancer with targeted tailored treatments such as newly developed immunotherapy and smart drugs.

Real: No, cancer is not a contagious disease, only occasionally people who have had an organ transplant can develop cancer if the donor has cancer. Viruses such as hepatitis B, hepatitis C, which can cause cancer, or HPV, which causes cervical cancer, can be contagious. However, cancer itself is not transmitted from person to person.

Wrong: A biopsy or surgery will cause the cancer to dissolve.

Real: The chance of cancer spreading is very small in biopsies and surgeries performed by developing techniques and special methods.

Wrong: Eating sugary foods causes the cancer to get worse.

Real: No. Although studies show that cancer cells consume more sugar (glucose) than normal cells, there is no study to show that eating sugary foods exacerbates cancer. There are no studies to confirm that cancer can be stopped or reduced by a complete cut of sugary foods. However, eating a diet rich in sugary foods creates a risk of developing many types of cancer as it causes excessive weight gain and thus obesity and fatty liver.

Wrong: Positive or negative thoughts positively or negatively affect the development or recovery of cancer.

Real: To date, there is no study to show that personal relationships cause cancer to develop, but of course, a cancer diagnosis can increase anxiety, sadness, anxiety, and negative thoughts. These negative processes and concerns can be reduced with sociopsychological support.

Wrong: Cancer is exacerbated by cooking in the kitchen, on the stove, or by the oven.

Real: No, daily activities like cooking do not lead to the spread of cancer.

Wrong: Do cell phones cause cancer?

Real: Mobile phones transmit signals using radio frequency waves, and these radio frequency waves are in the form of non-ionizing radiation. In other words, they don’t have the energy to damage DNA. They are not in the form of ionizing radiation, such as UV rays or X-rays. In a 20-year study involving more than 400,000 people on the subject, no link could be found between the development of brain cancer and cell phone use. A Danish cohort study and an Interphone study involving 13 countries found no link between cell phone use and the development of brain tumors, and another study with fewer cases reported that it could be linked to pancreatic tumors. It has been suggested that it may be associated with benign non-cancerous brain tumors (meningiomas) or diseases such as acoustic norin and vestibular svannom. Although the studies are not definitive, it would be wise to use headphones and reduce the use of cell phones to be careful.

Real: No, although some studies show that complementary therapies reduce some of the side effects associated with cancer, in general, herbal products are not therapeutic. However, herbal treatment reduces the effectiveness of treatment or increases side effects by interacting with drugs used in cancer.

Wrong: People with cancer in their family will definitely get cancer.

Real: About 5-10 percent of cancers are hereditary, meaning they are caused by the transmission of a gene mutation (change) that causes cancer. The remaining 90-95 percent of cancer patients develop cancer in the natural aging process as a result of exposure to carcinogens or environmental factors (such as smoking, radiation).

Wrong: Chemotherapy is the only treatment used to treat cancer.

Real: No, with a better understanding of the molecular infrastructure of cancer, treatments such as smart drugs and immunotherapy with more effective and fewer side effects are often used.

Real: For many cancers at an early stage, the likelihood of the cancer coming back is very small with appropriate treatments.

The third dose of Covid-19 vaccine posted on social media

Biontech or Sinovac? Prof. Dr. Güner Sönmez listed the characteristics of the vaccine by substance two