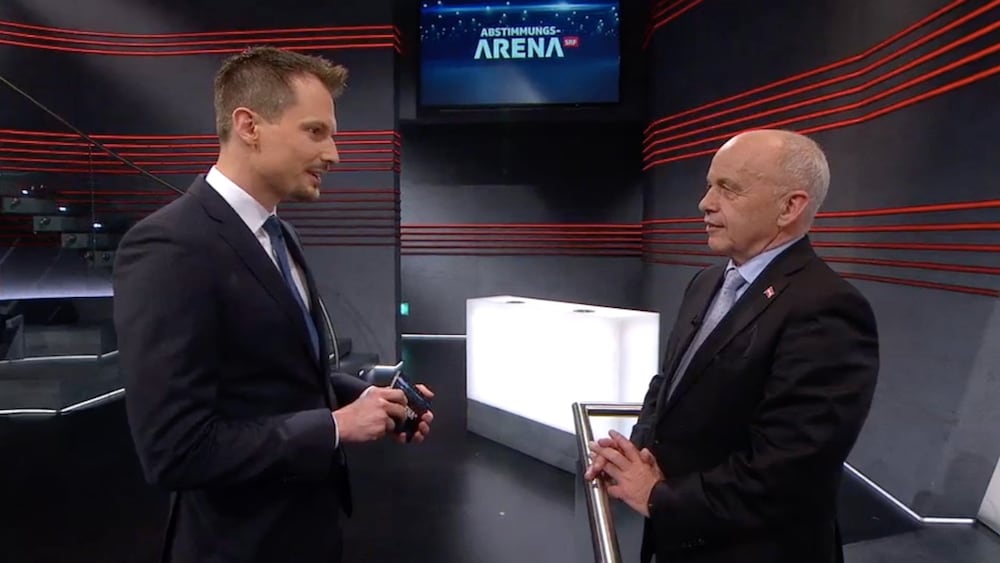 On Monday, Ueli Maurer stepped out of the SRF studio. Last night, he stood in the "arena" of critics of the AHV tax arrangement. And this time pleasing and convincing.

On Friday night, Federal President Ueli Maurer, 68, agreed to participate in SRF "Arena" to baptize the AHV tax agreement, which Switzerland voted on May 19th. Would you really come or run out of the studio when one of the critics again shows the tax part of the old wine in new bottles account?

Warning: This formulation in the economic program SRF "Eco" Maurer had so much to do with blowing up the promised interview and running out of the TV studio (reports BLICK).

Maurer was in the mood for a party

Maurer prevailed in the "Arena" – although at the start of the performance he turned to "arena" Jonas Projer (37) at a television show on Monday: he asked if the AHV (STAF) tax reform and funding package is more than " old wine in new pipes ".

Maurer stayed cool. "This is a completely different model," he said by the way, he said in a joke: "Of course, this is still connected with taxes – we can not change the Water Protection Act if we need a tax reform."

But the criticism that the STAF footwear is in fact the same as the reform of corporate income tax III that sank people two years ago was wrong: There are many differences.

Thus communities and cities should be adequately paid for tax losses. Moreover, for each canton, today we know exactly what the reform will have. With new tax relief, he also switched to books and limited privileges for businesses.

Even when Projer estimated him 20 times, he mixed the account with two questions that had nothing to do with – corporation tax and taxes on AHV – Maurer did not let go. Unlike Zurich State Councilor Jacqueline Badran (57), who shouted at the end of the performance: "Yes, we heard, Mr Projer …"

Maurer, who had to fight Badran's side against leader Rytz Rytz (57) and President Jung-GLP Tobias Vogelio (23), proved to be his best national side: the dossierfest, the collegial federal council and the parliament, intelligible and crystalline clean stuff. "If we do not make a tax reform, good taxpayers will leave and then pay they are because of failures, "he replied to the opponent of the law.

The phenomenon says: If Ueli Maurer wants, he can persuade the reform. He'll have to. Since, according to a GFS survey commissioned by the SRF, STAF is far from being in the towel.