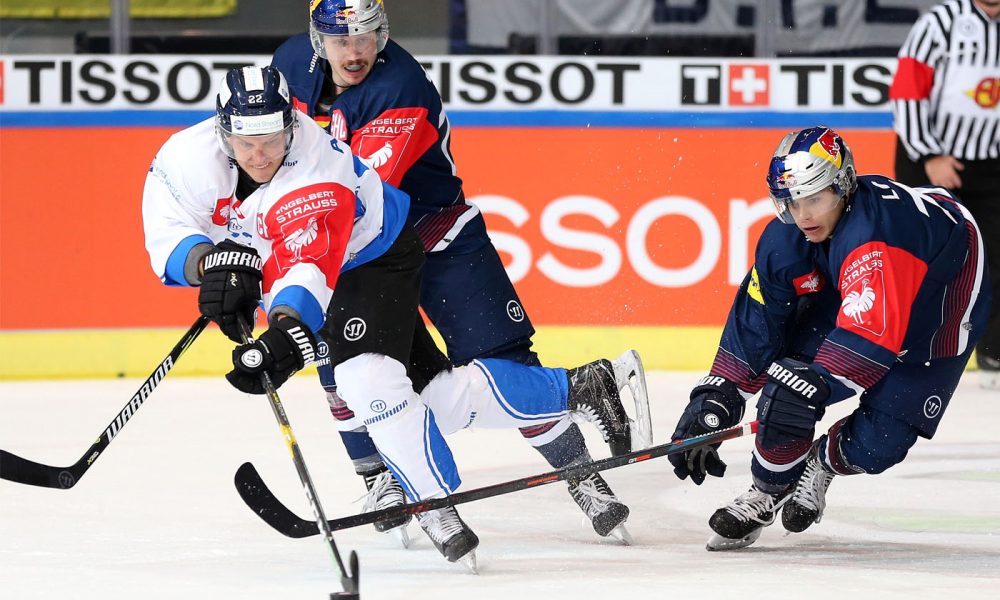 Red Bull Munich started despite a strong success with a narrow defeat in the Champions League final. In the first round of German champions, the Swiss top club EV Zug with 2: 3 (0: 1 | 2: 1 | 0: 1) slipped to 2,290 spectators on the Olympic ice. The goals for Munich were achieved by Justin Shugg and John Mitchell. On Tuesday, November 20, a swing leg is growing in Switzerland.

History of the game
Zug began very aggressively and initially launched Munich under pressure. In the 10th minute of the table was the fourth Swiss national league with the goal of Dominik Schlumpf in the lead. After that, Red Bulls came into play better. The best option for the equalizer is Mark Voakes with a last shot, which is left right next to the left post (16).

In the middle section, both teams defended concentrated until Red Bulls lost the EZZ cold punishment: Lino Martschini served Reto Suri and put it on 0: 2 (29). Soon after, Justin shortened Shugg with a successful solo experiment at 1: 2 (30). Then, two Red Bulls had to enter the penalty area in 17 seconds, but Don Jackson's team survived the defeat and was a few seconds later when John Mitchell set up 2-2 for a good solo (33 '). In 39th minute, Red Bulls had a great opportunity for 3: 2, defender Zuga saved several times on the line for his defeated goalkeeper Tobiasa Stephana.

The speed was also high in the rear. Munich had a little more of the game, but Zug defended himself with a concussion and did not leave any great opportunities. With a lot of evidence of 2: 2 draw, the visitors reached again and reached the winning goal: after a hit from the post, the shot landed in Lino Martschini, who shot him through a line from the proximity (58 ').

Don Jackson: "I am satisfied with the performance of my team, and Forechecking has made a difference today. Zug started strongly, and from the second third we have made a very good game."