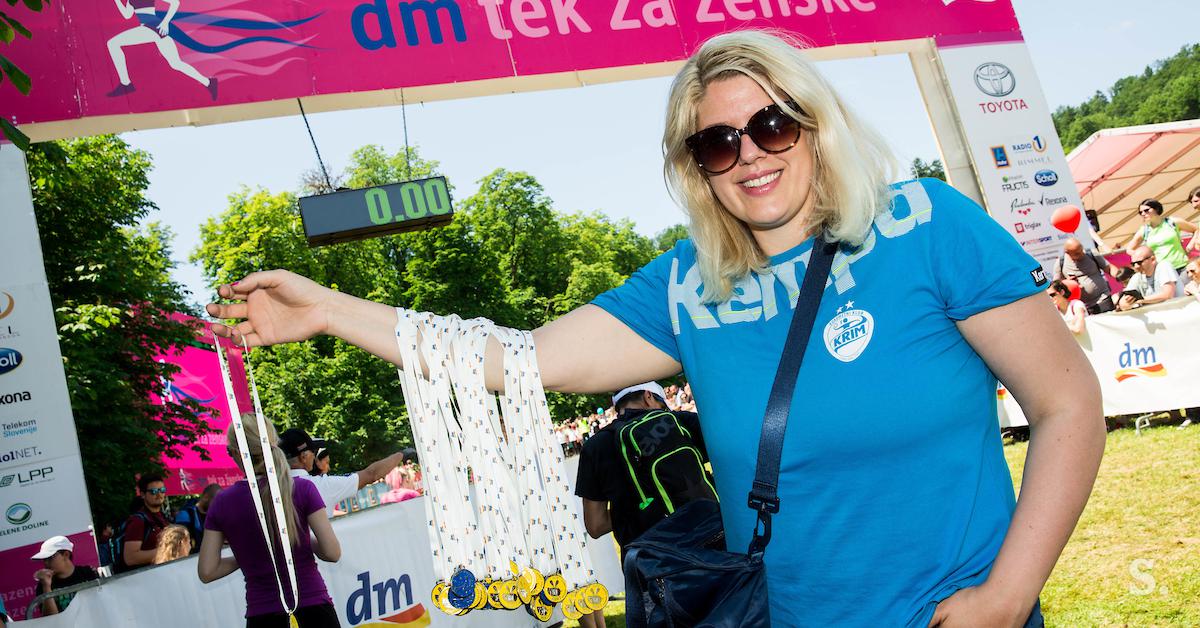 Although he only put the handball jersey in the corner in 2019, he did Miša Marinček Ribežl now his second season in handball coach shoes. Only a month after the end of her playing career, she took on a new challenge and tested herself in the role of coach of the handball first league Z’dežela. The 185-centimeter-tall former Slovenian national team player was disturbed by a call just at the time of writing individual trainings for her protégés, who, like most other Slovenian athletes, are facing a ban on training and playing.

“Both seasons in the new role were extremely specific due to the covid-19 pandemic, so it took a lot of coordination and knowledge in several areas to get it all together. I practically didn’t have the opportunity to lead the team in ‘normal’ circumstances,” he explains. Marinčkova, who already decided during her last playing season that it was time to end her sports career.


“After the end of that season, an offer came from the director of the handball club Z’dežele, where at first everyone urged me to continue playing, but I had already decided that I wanted to end my career at the highest possible level and without injuries. At that time, I already had the title of senior handball coach, so I got an offer to take over the management of the first team, and after careful consideration, I accepted the offer, as handball has been my way of life since I was six years old. mastercoach, which is the highest professional coaching qualification on an international scale, “explains the former Crimean captain, who recently extended her contract with the Celje club.

Coaching is written on her skin

Robi Ribežl currently leads Zlatorog, before that he was the coach of the second league Celje.
Photo: Grega Valančič / Sportida


Marinčkova holds a degree in economics and a master’s degree in management, and recently completed an andragogical education at the Faculty of Arts. “We also had exams in pedagogy and psychology in this field, which will definitely benefit me in my coaching career. Coaching is something that is written on my skin, because I love sports, but I would definitely like to find a challenge in project projects. “When I did an internship, I taught entrepreneurship at one of the high schools, which I also like. In fact, I have a lot of interest in different fields, I always want to learn something new,” explains the former handball player, who is at least for now found its mission in coaching. She has the support of her husband, a basketball coach, at work all the time Robija Ribežla.

“My husband and I met in my teens, when he played basketball and I played handball. Then he decided to take a coaching career. It seems obvious to me that you stay in the sport you love. He is currently the coach of the Zlatorog first league. Laško, so now we are both in coaching, “he says.

He also comes from a very sporty family. “My father and grandfather played football, there was talk all the time about sports. When I went to the first grade, I started going to a handball club. After the first year, I was invited to a club in Žalec, where I stayed for eleven years, and then my path developed further. Everything went very naturally, “says Marinčkova, who then played for Celje, in the meantime she also played for two years in Austria, Ptuj and Olimpija, and most of the time she defended in the Crimea jersey.


“In my younger years, I usually played in three different categories. Already at the age of eighteen, when I showed good performances at the World Championships in Croatia, where we won eighth place in 2003, which is still the greatest success of Slovenian women’s handball, they started coming. offers from many extremely strong European clubs. I decided for Crimea, because it was the European champion at the time and we as players really had the honor to play for such a club. There were no better clubs at the time and I was not interested, “he says.

“I was part of Crimea in its most beautiful and difficult times. Working in the club was like in life, family, in other work. Sometimes it was really hard, but even in those most demanding moments the team of that time showed good performances. Such things also shape you strongly as a person, for life.I have always recognized some stories in domestic clubs.I am not sorry that I played so much time and that I spent so many years in Crimea, which is now financially stabilized, which really makes me happy. I believe that the players also helped to keep the club at the highest level at all times and that they can still count on the highest places in the Champions League, “said the former 185-centimeter-tall goalkeeper, who is now focused on working with her club. .

Before the new closure of the country, the Z’dežele team took fifth place in the championship standings. “Everyone would like to have more funds available and then the professional management could work peacefully, while giving the girls the opportunity to develop into top players. Speaking of our club, we try to provide the players with a peaceful schooling. “We are trying to provide them with the best possible training so that they can grow in handball. I am thinking here mainly of various scholarships, transport. In order to get to the level of Crimea, a lot more financial investment would be needed,” Marinčkova said. who, together with the rest of the professional management, tries to get the most out of each situation.

Before the new closure of the country, the Z’dežele team took fifth place in the championship standings.
Photo: ЖРК З’дежеле


“Last year, when the coronavirus situation took place for the first time, I immediately wrote individual preparations for the training for the players. This year it’s a bit different. In the first half of the season we didn’t have tests, so we acted more by feeling, we were all aware of social In the first part of the season, we were in self-isolation three times, so in addition to preparing to return to the pitch, we also dealt a lot with the fear of infection and the psychological aspect, “says Marinčkova. In the second part of the season, she caught the rhythm with the team, which is now interrupted again by the coronavirus, and the clubs cannot count on the generous help of the state.

“Sport will impoverish in the current crisis”

In the second part of the season, they received help in the form of coronavirus tests.
Photo: ЖРК З’дежеле

In the second part of the season, they received help in the form of coronavirus tests. “I find it difficult to comment on everything else. In general, the state has helped sport very little during this time. I notice that no one is actually talking about impoverishing sport in the current crisis. I think the consequences of this will only become apparent in the coming years. “is the convinced coach of the Slovenian first league.

In her second career, Marinčkova always follows her instincts. “Of course, all the coaches on my path have had and are having a big impact on my perception of sports, handball games, setting standards for what is good and what is not. I have worked with some exceptional coaches who have given me the experience I want now I’m not a coach in a professional club, so I want to show the players what might be waiting for them on a professional level, what knowledge they need. At the same time I want to keep the human note that I am accessible to players and can always ask me for advice, “he describes his work. former handball goalkeeper, who collected 107 appearances for Slovenia.

“Everything comes as a result of your knowledge and work. But coaching is something I currently see as my mission,” says the 36-year-old Celje-born handball coach.
Photo: Matic Klanšek Velej / Sportida


“As an actor, you are responsible only for yourself, for your performances, team relations, communication, respect. The work of a coach is much more complex, you take on the role of leader, you are responsible for the health of players, performances. The work becomes more extensive. I always say that respect and authority come from players depending on how much knowledge you show as a coach, “said Marinčkova, who allows for the possibility that in her second career she will work outside of handball.

“There are possibilities, but everything is affected by life. A lot depends on how my husband’s professional path will unfold, and of course mine. Sport has taught me that you can’t plan anything in life in the long run. Everything comes as a result of your knowledge and But coaching is something I currently see as my mission, “said the 36-year-old Celje-born handball coach.

After the initial shock, they recovered quickly: the Slovenians have a new coach

Krimovka continues to be one hundred percent