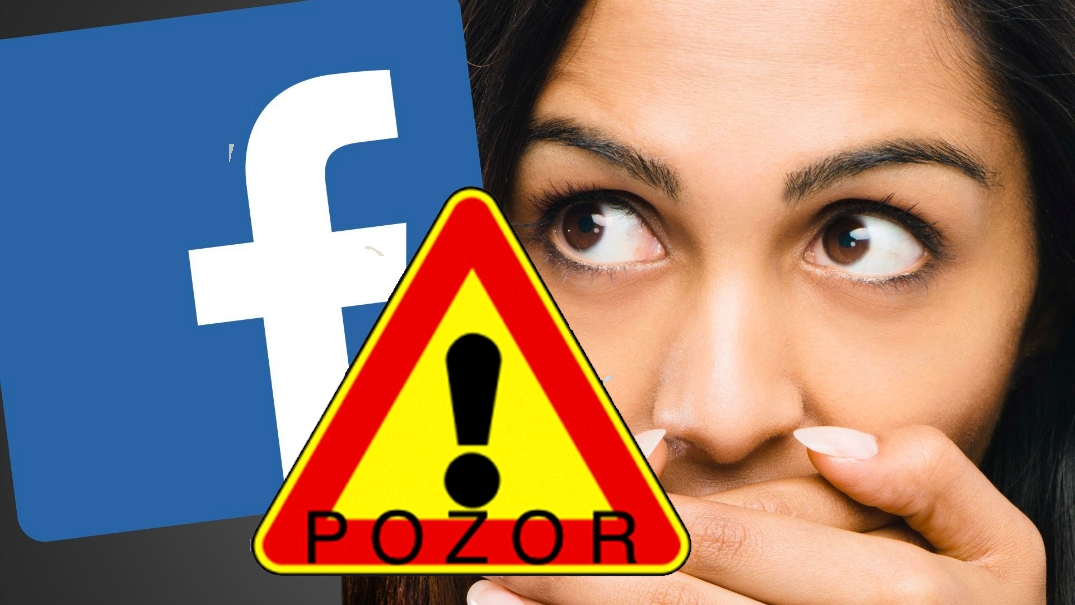 The Internet is already a traditional website of various frauds and fraudulent websites that try to obtain sensitive information from their visitors. A frequent phenomenon is a competition for valuable prizes, which often only seek to gain money from users. We have repeatedly warned of such fraud on our website. Among the latest discoveries was another fraudulent competition Police SR in its Facebook page Hoaxes and Scams. 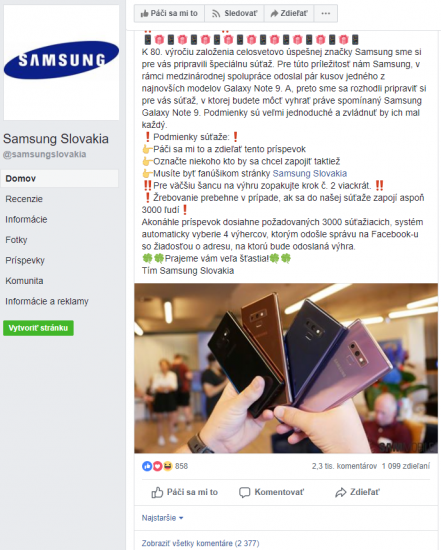 The website named Samsung Slovakia (fb.com/samsungslovakia) is officially represented by a South Korean manufacturer in Slovakia. At that time, he denied that this was his own profile. The website states that Samsung celebrates its 80th anniversary since its inception and therefore puts four newest phones in competition Samsung Galaxy Note 9 in a photo shown in 4 colors. Facebook users should have a status, share it, and tag another person from their friends in a comment.

The website states that the competition will be rated only if it involves at least 3,000 people. In these competitions, the organizer usually extends Fan Fan's website to obtain the names of people who are willing to participate in the fraudulent competition. These persons then contact the fraudsters, and in various ways they try to get money from them, such as "winning or checking" fees. This is often a small sum, but with a large number of cheating people there is a large number.

How do you know the scam?

The Slovak police also recount how to recognize the common features of similar sites:

1. In the case of large brands, there are paradoxical fans. Every big and well-known brand has been on Facebook for many years with a great audience.

2. The absence of text in the "Information" section, for example, is missing an infoline number or official e-mail address.

3. No site content, except for one post, is related to the competition. Maybe nothing is about status talks. There are no posts about individual people, company representatives.

They promised big prizes on Facebook. After two days of cheating do not exist