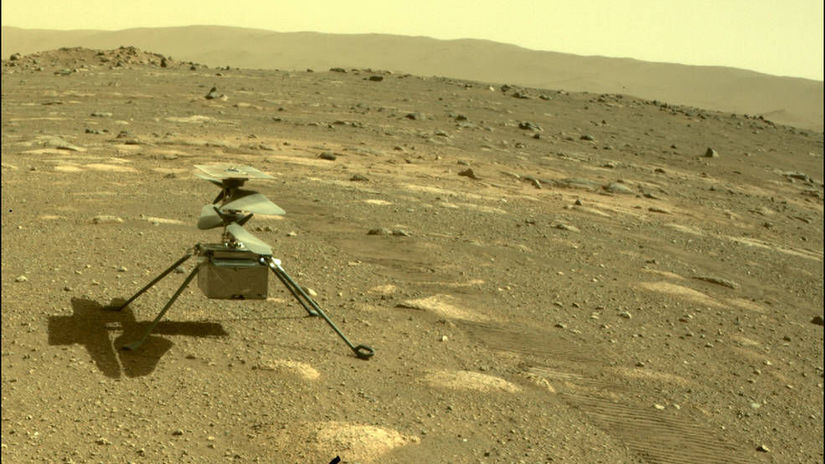 In the evening, temperatures in Lake Crater are as low as minus 130 degrees Fahrenheit (minus 90 degrees Celsius), which can freeze and break unprotected electrical components and damage the built-in batteries needed for the flight. Before ingenuity disconnected from perseverance, the helicopter was 100 percent charged and must now rely on its own battery and heater.

“This is the first time that ingenuity itself is on the surface of Mars,” said MiMi Aung, project manager of ingenuity at NASA’s Jet Propulsion Laboratory in Southern California. “But now we are confident that we have the right insulation, the right heating and enough batteries to be able to spend a cold night, which is a big win for the team. We are happy to continue to prepare ingenuity for the first test of the year.”

Designing a vessel small enough to fit a rover that is also light enough to fly in the thin atmosphere of Mars and durable enough to withstand the Martian cold was a challenge.

Safe and healthy on the surface! Our ingenuity #MarsHelicopter
spent the first cold night alone, an important milestone on the Red Planet, where surface temperatures can drop to -90 ° C. His first attempt at flight will not be until April 11: https://t.co/pdr8Cssr1R pic.twitter.com/BAQj8KmeRI

After a successful disconnection, the Ingenuity helicopter has an important role to play. The helicopter has its first flight ahead of it, which, according to NASA, is scheduled for April 11 at the latest. The data obtained from the year is expected to arrive on Earth a day later.