On Thursday, November 15, 2018, exactly 4 years have passed since the start of the first commercial network of 4G in Slovakia. Throughout the entire period, it was possible to significantly improve all the parameters of the network in order to get it if the fast mobile internet in Slovakia has not yet reached several kilometers.

2013: The 4G network is unexpectedly starting in five cities

Slovak Telekom initially introduced the 4G network in five Slovak cities (Nitra, Trnava, Žilina, Banská Bystrica, Prešov). Originally, it was 73/23 Mbps, but above all, data transmission was an important step forward in this version. Sending pictures, sharing videos and files was 10 to 20 times faster. By the end of the year, the coverage increased to 31 cities and 23.7% of the population.

2014: 4G network for more than half of the population and new speed

After a successful 4G network bandwidth, Telekom comes to Bratislava in April 2014 with the 4G network in Bratislava, where it introduces new high speeds: 150 Mbps for transmission and 50 Mbps. These can be achieved with a better band, but at the same time they require even greater coverage in residential areas. A few weeks later, Košice and Trencin also followed. 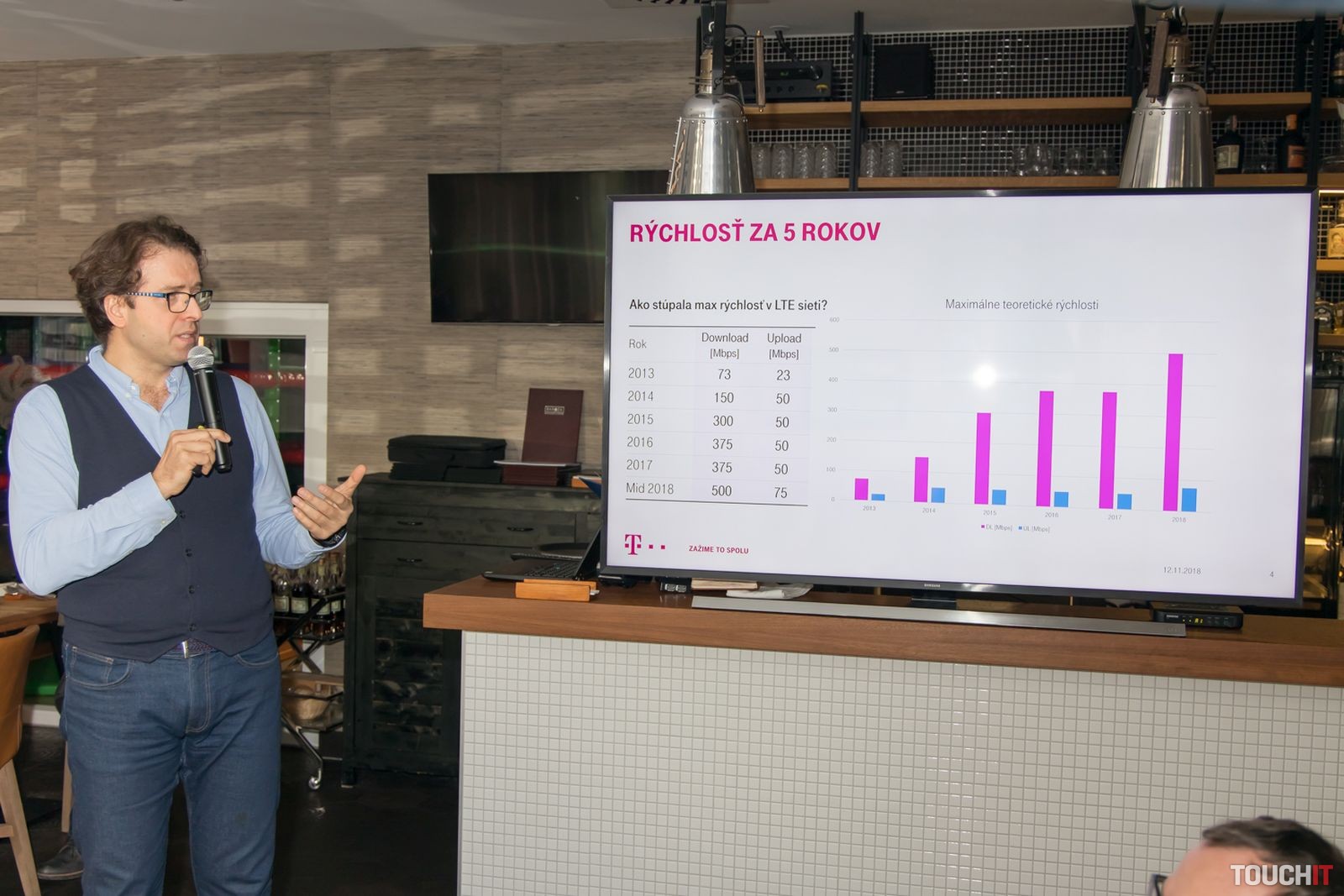 By the end of 2014, more than half of Slovakia was covered: already 52 percent. In addition to 84 cities and many villages, tourist resorts such as Štrbské Pleso have also increased.

In 2015, progress has exceeded the limit 75 percent. The 4G network was available for 134 cities and hundreds of other villages by the end of the year, including new ski resorts such as Chopok, Jasna, Donovaly, Malino Brdo and Velka Rača.

This year, Telekom has come up with new technological innovations. In June, LTE-CA (4G +) in Nitro expanded to 225 Mbps and took it in November LTE-CA up to 300 Mbps in Bratislava.

At the same time, Telekom received two P3 Best In Test certificates, thanks to the highest score in the Slovak operator test.

Telecommunications took over new milestones, which at the end of March 2016 covered 140 seats, with the total coverage increasing to 87.2% by the end of the year. The 4G + network is also present in other cities, such as Košice, Trenčín, Senec and Marianka.

Speed ​​competitions did not occur – in December, the 4G + network started at a speed of up to 375 Mbps in several parts of Bratislava.

Two other Best and Test certificates prove that quality is where Telekom has managed to skip the results of other operators with the report. 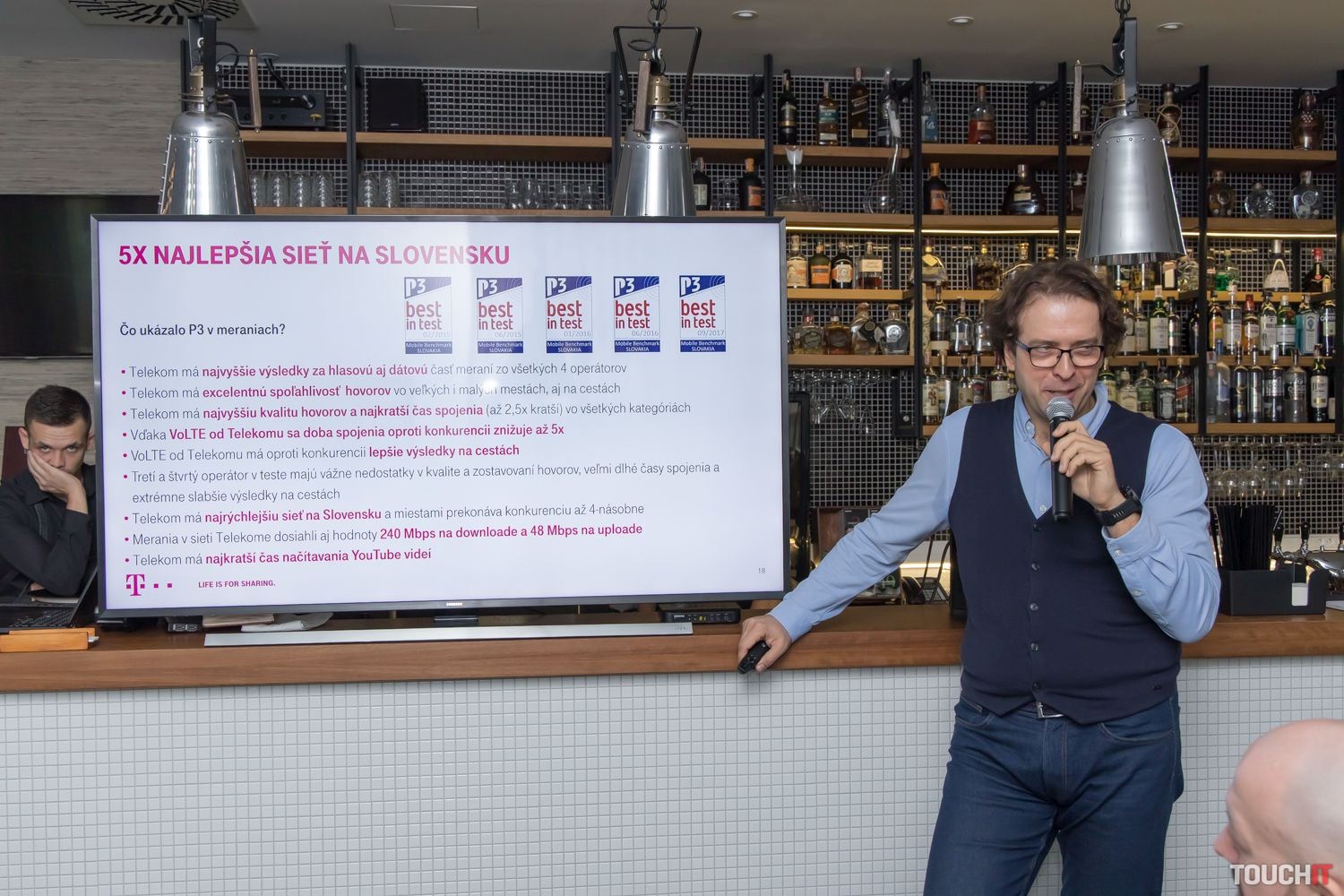 Also in 2017, the coverage of the 4G network expanded in two directions – 89% of the population already reached the base, and 4G + reached, for example, Pezinka, Poprad, Zvolen, Piešťany or Nový Zámkov.

A great novelty is the beginning of the service VoLTE (Voice Over LTE). Thanks to these customers, you do not have to switch to 4G on 3G / 2G to make calls, get higher quality, and connect quickly.

In the autumn Telekom earned the best F3 Best and Test with the highest rating. 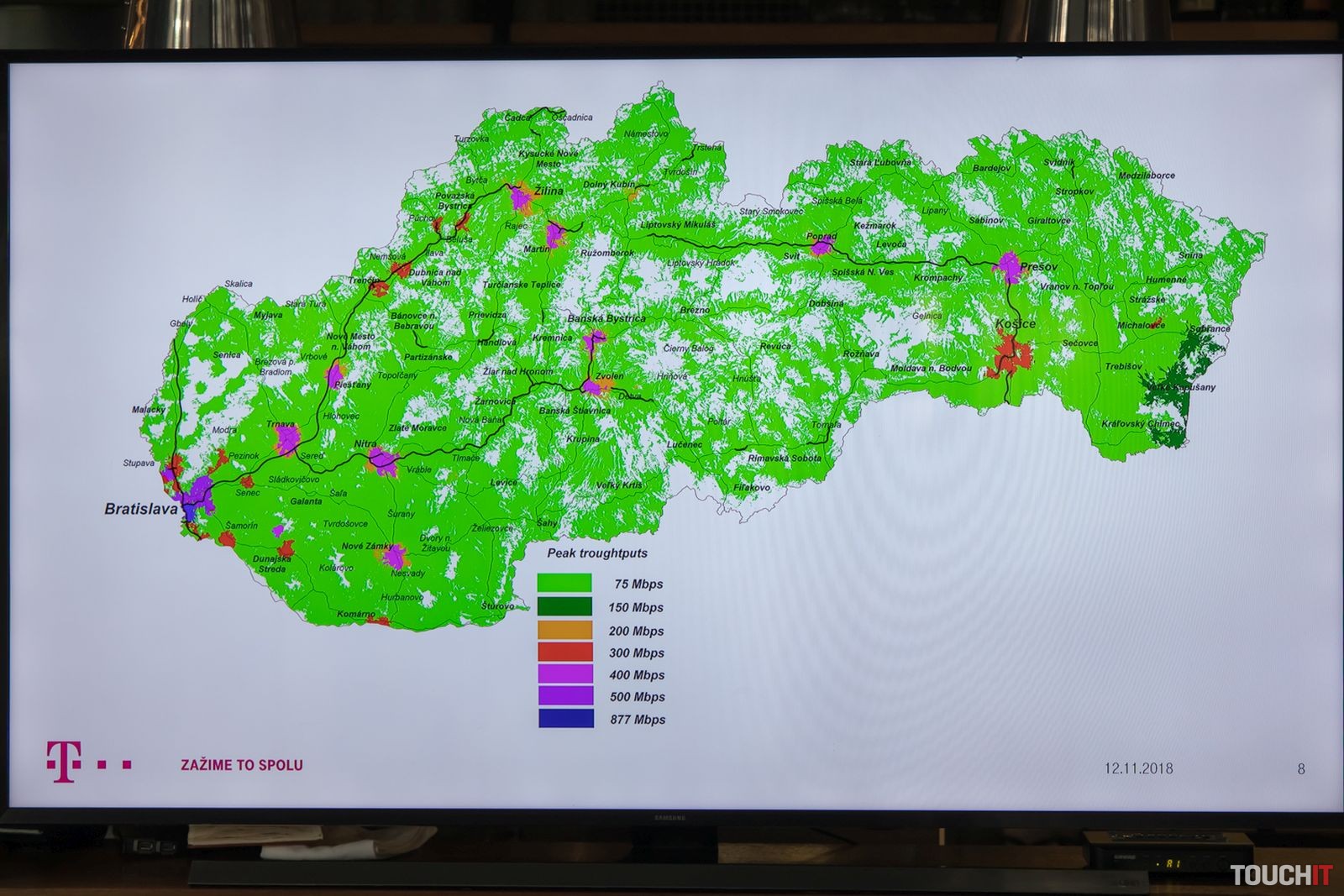 In 2018, Telekom used its technological know-how for three news items that gave customers higher speeds. Thanks to the so-called "64QAM modulation, it has increased its capacity up to 50% when sending data, a new maximum transmission is 75 Mb / s.

The 256QAM modulation accelerated the ability of data transfer, the transfer increased by about a third, and the current moved from 375 to 500 Mbps.

Lastly, Telekom joined the combination of several groups and spectrum, added 4 × 4 MIMO solutions and has already reached a new top in Bratislava: 877 Mbps.

In 2014-2016, Telekom performed several tests in the 4G network, which it later used in real commercial introduction. The pilot and real-world traffic take about one to two years, as new speeds of 300, 375 and 877 Mbps are gradually being introduced.

How is the 4-year operation rising?

The 4G network has a significant impact on overall data traffic. 3G customers have begun to share, but the 4G network proves crucial growth and an important contribution. For comparison, in 2014, customers delivered 7 PB data, and Telekom expects in 2018 up to three times the amount.

VoLTE as a modern technology

Start VoLTE, e.g. 4G calls have long been expected and represents a step forward in customer experience. In the 4G network, the call can be connected in 1 to 2 seconds to achieve a higher overall connection quality. Currently there are more than 50 models with support for VoLTE in the Telekom portfolio, including the full range of Apple devices. Their number will continue to increase, which will make technology a new standard.