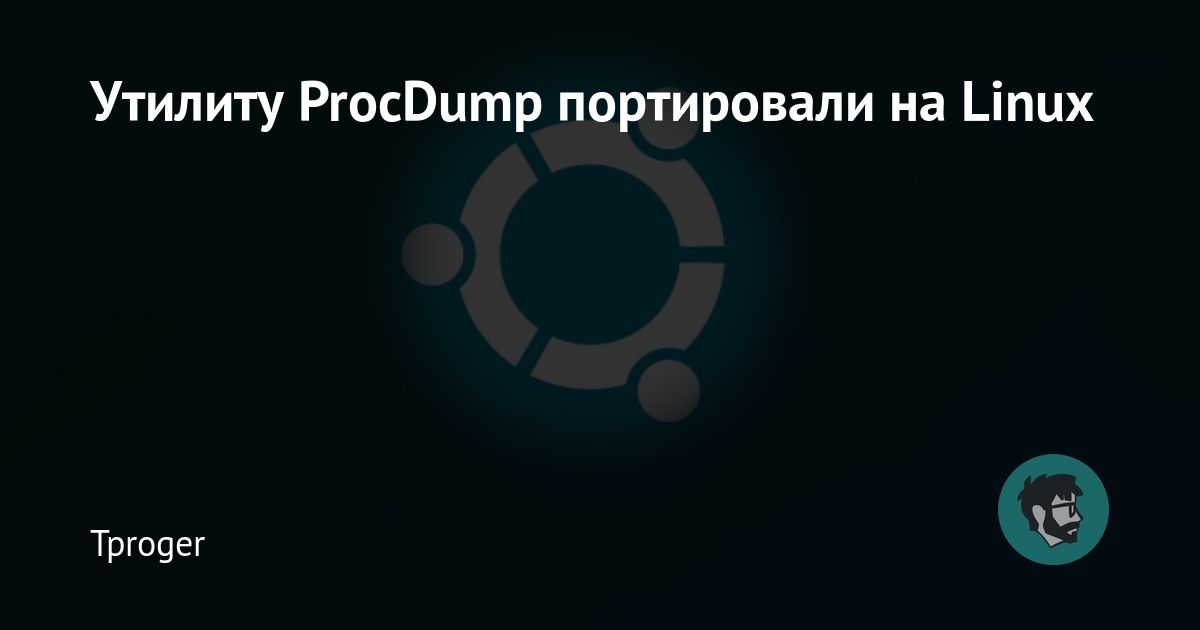 System administrators of Windows are familiar with the free Sysinternals user package. The first versions appeared in 2006 and are still evolving. Microsoft has announced that developers intend to connect Sysinternals to Linux. The first utility was downloaded became Program ProcDump.

ProcDump allows users to create crash or current process repositories in the system. These can be tasks that greatly load the CPU and cause a hang or error. ProcDump allows you to track such processes.

The program is available on GitHub and works under Red Hat Enterprise Linux / CentOS 7, Fedora 26, Mageia 6, Ubuntu 14.04 and 16.04. Available as source codes for self-assembly and pre-packaged packages. Other gadgets have not yet been migrated.

Up to now, ProcDump for Linux is worse in Windows analogue functionality. This service creates Linux CPU dumps and uses memory at different time intervals.

The transfer of known gadgets to Linux and WSL will make it easier for system administrators to work. Users have already requested moving the process researcher.

In May 2017, Tavis Ormandy set up a load-loading tool on GitHub, which allows native Linux programs to load and call functions from Windows Dynamic Link Library (DLL). As a demonstration, Tavis installed Linux antivirus software in Linux.

More interesting for you:
– How to extend software functionality in production without breaking anything.
– Heavy test on C # – check your knowledge.
– Level Up – all for pumping the programmer.