Only 50 thousand of this amount of spouse paid from their own pocket. 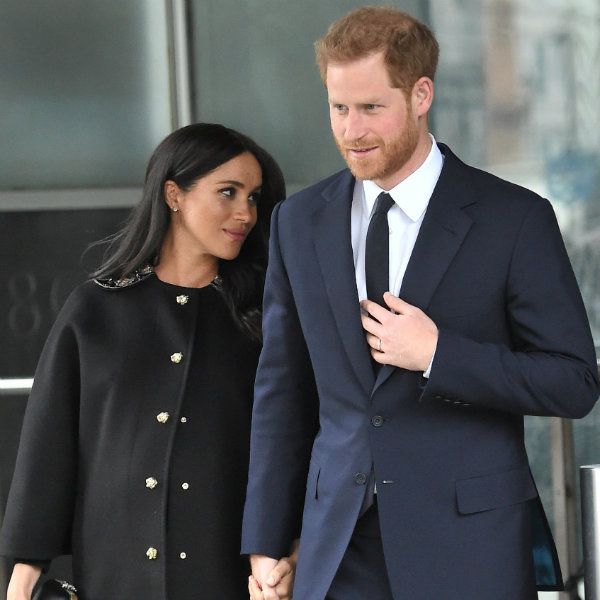 Megan Markle and Prince Harry will be parents for the first time in April this year. The Duchess and her spouse are actually pursuing the media, clarifying the details of each step of the couple. So, for the past couple of weeks, reporters have been grateful about the outfits the former actress chooses for exits in the world. Peak reaches the activity of Internet users who are constantly discussing not only the new dresses of the Duchess of Sussex, but also any rumors about it.

Of special interest, of course, are the news related to the expenses of Markle, whether they are connected with her wardrobe, holding a party in honor of the early birth of a firstborn or renovation of a house in which the Duke and Duchess Sussex will reside. To the last point, by the way, the spouses spent a record amount of 3 million pounds sterling (this is more than 250 million rubles). Recall that Megan and Prince Harry in the near future must move to their own cottage, which is located near the Windsor Castle.

Housing Megan Markl and her husband had to order, and the work was conducted round-the-clock, so that the spouses could enter it before the birth of the child. Partially, the Duke and the Duchess do not get wasted: in only 50 thousand pounds, the spouses have managed to install special windows with triple frames, which are designed to block excessive noise – the new home of royal family members is not far from Heathrow Airport. Every half an hour literally in a couple of kilometers from the house Megan and Prince Harry flies the plane, and therefore sound insulation in the house is simply necessary.

In the meantime, British journalists managed to question the nearest neighbors of the royal couple about their future living conditions. One of their residents, Windsor, told reporters that Megan and Prince Harry, living here, would have to tolerate some things, such as constant noise. In addition, the neighbors of the Duke and the Duchess of Sussex noted that the couple is very attentive to the changes in their future home. "The matter is that they were quite demanding, and it's understandable: which boss does not want his home to be perfect," insiders said.

Let's remind, that the future residence of Megan Markle and Prince Harry, which is called Frogmore Cottage, was given to the spouses of the Queen of Great Britain Elizabeth II. The cost of building and finishing works in the building is fully covered by a sovereign grant funded by taxpayers. But for the soundproofing Prince Harry and Megan will have to pay from their own pocket, the media report.

The reconstruction of Frogmore-Kotte led to the fact that several internal walls of the building were demolished. At the moment, there are five bedrooms, several bathrooms and a huge kitchen combined with a dining room. It was this place of residence that the couple preferred Buckingham Palace, where they were offered apartments, the cost of which is estimated at 369 million pounds. According to rumors, the choice was made in favor of Windsor, as Megan Markle wants to minimize his communication with Kate Middleton and her spouse Prince William.