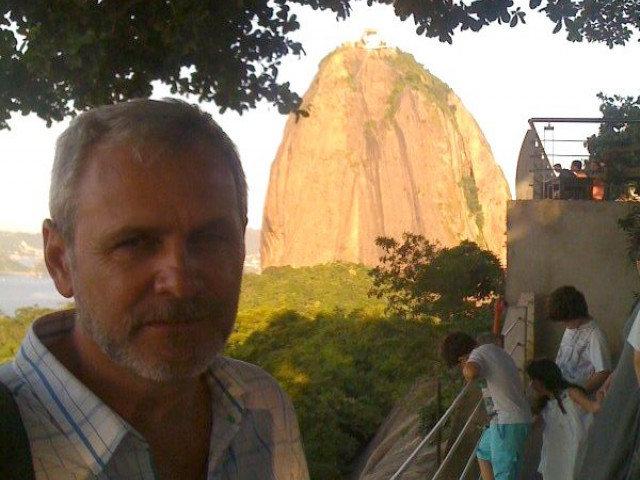 
In the rural area of ​​Tieorman, a local man even owned a suitcase containing essential information within Tel Drum, writes the RISE Project. The DNA prosecutors did not have access to this suitcase when they physically searched and filled the company's home office last year.

The locals have contacted the county RISE project source.

According to this source, the suitcase is as follows:

– The Samsung P1000 Galaxy Tab tablet in 2010, the CEO of Tel Drum, was Petre Pitiş. It includes over 1000 photos of exotic excursions with escorts, company events and family moments, as well as the 980 phone number collected in recent years: "Băsescu", "Hrebe", "Dăncilă", "Bănicioiu", "Pieleanu" or "LIVIU".

– Memory card with work pieces from the Tel Drum head.

– Over a thousand newspapers, such as copies of personal Dragnea family documents, or detailed plans for mammoth real estate in Alexandria

The accusation of the former ANAF leader: The Dragnea family has gone through tens of millions of dollars

Disclosure: Dragnea House companies have a debt of several million euros to the state

Romania, at the peak of EU counterfeiting. For example, the TelDrum folder

Transcripts. The meeting where he voted for CJ Teleorman was not civilian in the Tel Drum file

Your cookie settings do not allow content to be displayed at this stage. You can update your coookie module settings directly from your browser or from here – you will need to accept social media cookies

Romania was stolen. | Who are the people behind Tel Drum and Liviu Dragnea

In November 2017, Liviu Dragnea was charged with the Tel Drum file for setting up an organized criminal group, improper use or false presentation of documents, or false, inaccurate or incomplete statements and misuse of services for self-help or for another.

According to prosecutors, Liviu Dragnea has initiated an organized criminal group chairman of the Teleorman County Council, which currently operates and has been an official and a member of public institutions and businessmen.

The main objective of the group launched in 2001 was to fraudulently obtain large sums of state-funded contracts for misuse of powers, fraudulent European funds, tax evasion, money laundering and the use of information not intended to be advertised or allow unauthorized persons access to this information, say DNS prosecutors.

According to prosecutors, Liviu Dragnea has initiated an organized criminal group chairman of the Teleorman County Council, which currently operates and has been an official and a member of public institutions and businessmen. The group, initiated in 2001, began to fraudulently obtain large sums of state-funded contracts through abuse of power, fraudulent European funds, tax evasion, money laundering and non-public information or allowing unauthorized persons to access this information , DNS prosecutors say.

The insurer seizes the assets of Liviu Dragnea

The damage in this case is 30 million lei for misuse of the service and 20 million for the fraud of the European funds.

DNA also announced that PSD leader Liviu Dragnea had seized all the assets and seizures, up to 127.5 million lei in the Tel Drum file.

Thus, in the case of the head of the PSD, DNS procurators were ordered to seize and indemnify the insurer for all movable and immovable property, shares and shares in the legal personality of private law, to 127,547,366.34 lei. sums on bank accounts and sums paid by recipients to third parties, including the rent amount.

Liviu Dragnea challenged this measure late last year, but his request was rejected by the court.

Attorney: An institution is not a civil party

Vasii Mária, the lawyer of the leader of the PSD, argued that no institution was a civilian in this document, so no one wanted to claim compensation, the prosecutor would not have the right to take precautionary measures.

"I argued for the introduction of precautionary measures because the prosecutor issued the violation of the essential forms required by law, for example, the attorney-in-law justified the assurance provision in order to dispose of the necessary means to cover the indemnity. There is no civil party so no one claims damages "The prosecutor has no time to automatically declare the lack of a civil party," said Maria Vasii.

In fact, he said that the attack was "after the ear" because the tools of the leader of the PSD were not evaluated.

On January 17, 2018, DNA announced that it had ordered any precautionary measures to be taken against all Tel Drum mobile and real estate assets and that the funds available or to be transferred by third parties should be attached to the account of any third party, up to the amount of 32,118,589.51 lei (which is the sum of unjustified benefits amount of money and the amount of money saved to the state). On the same day, DNA announced the extension of the criminal investigation into society, which was witnessed by the formation of an organized criminal group, the continuation of tax evasion and the complicity of misuse of services.