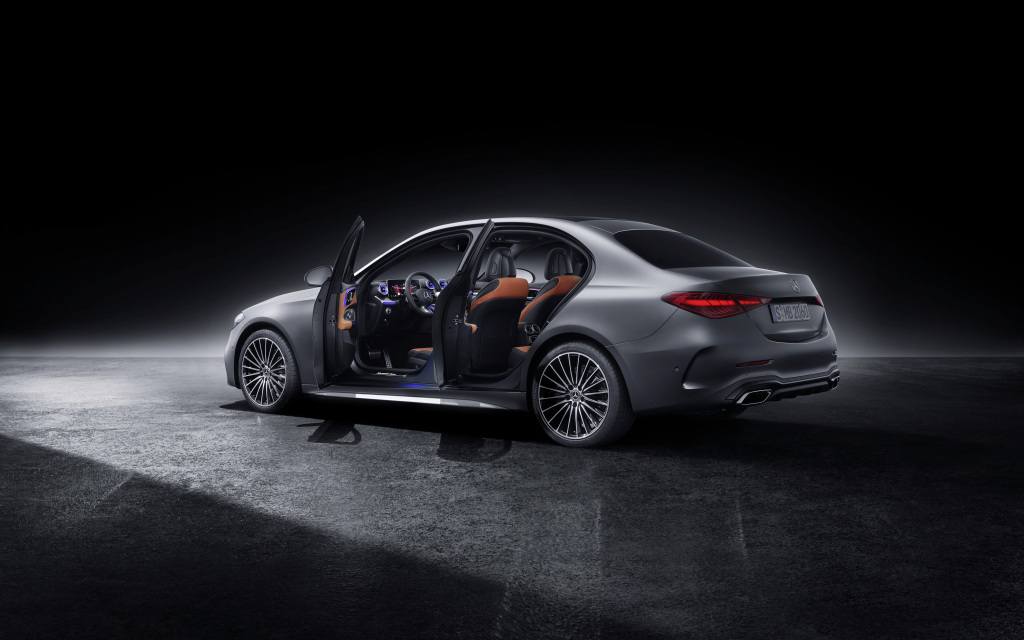 Mercedes-Benz has introduced a new generation of the C-Class, the brand’s most popular model for a very long time, and which will certainly remain in the same position.

With a rather conservative design, but with the latest technology, the new Mercedes-Benz C-Class was introduced for the first time in the world and enters an increasingly competitive market, where it has to compete not only with traditional competitors but also with domestic competition, such as EQC attracts more and more customers. The Mercedes C-Class is leaving the road disabled, as company officials say it will not have a fully electric version.

READ ALSO How a 4-year-old helps an online business

German carmaker Mercedes-Benz says the new C-Class will be the most sophisticated in this segment, where the Audi A4 or BMW 3 Series are two powerful models, and the new technologies announced by Mercedes will have to change something. What’s more, Daimelr’s ambition goes even further, trying to bring the mid-size model even closer to the recently introduced S-Class sedan. “The letters C and S are alphabetically opposite, but they’re getting closer in our portfolio,” said Ola Kallenius, the company’s CEO. Daimler.

READ ALSO What do you do when each customer wants something different from your online store?

The biggest similarity between the two models is inside and in the technologies under the hood. The dashboard, which includes the new MBUX system, does not offer a huge screen on the S, but only Tesla’s screen with wireless updates.

As for the engines, the news comes mainly with the elimination of large engines, with the same amount of consumption, with six and eight cylinders. This is a somewhat natural move under the new emissions regulations and allows the 2.0-liter engines to meet the needs of demanding customers. All classic engines, turbo, petrol and diesel, are equipped with mild hybrid technology, with a starter-generator and a 48 V battery, with powers from 170 to 258 hp (petrol) and 200 – 265 (diesel). A mild hybrid diesel stands out, the first for this type of drive, which also has an excess power of 15 kW via the EQ Boost system.

READ ALSO The success of Wörwag Pharma: from pharmacy to an international pharmaceutical company

Mercedes also offers a PHEV hybrid with a record range for this type of drive, 100km, measured in WLTP mode. Its electric drive is provided by a 25.4 kWh battery that can be charged on the go, with a generator or in a household outlet or at a 55 kW high speed DC station in a maximum of 30 minutes.

The dimensions of the new generation C-Class increased discreetly, with a length of 4.75 meters (plus 6.5 cm) and a width of 1.82 meters (plus one centimeter), and the height lost 9 mm. The wheelbase has also been increased by 2.86 meters, by 25 mm more, giving passengers a very discreet extra comfort. The boot has been further raised, by 30 liters, to 490 liters with the seats raised and the 1510 liters folded down. The rear seat can be folded 40/20/40, allowing long items such as skis to be loaded.

Among the standard or optional technologies offered are all-wheel drive, Distronic system, assistance in keeping the distance from the front of the car, active power steering that maintains the belt up to a speed of 210 km / h, including a 360-speed camera system.

The Mercedes-Benz C Class will be available in the first European markets in March. 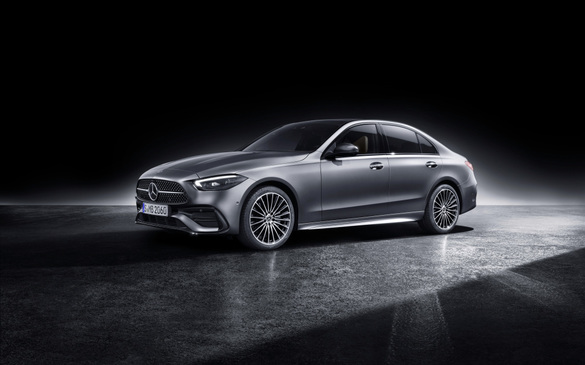