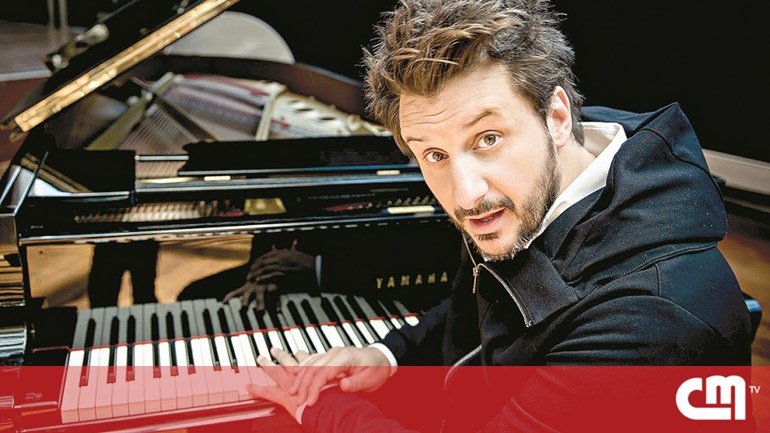 The Maestro of Classical Training, which publishes the record on several pop pops, never considered the purists well. How do you see those reviews?
– Read them well. I have a classic background, but I do not do classical music. My music is part of a neoclassical movement with many other influences and references. This disk, for example, even interrupts my previous work. Now, along with electronics and acoustic. Some call me "maestro pop", but I do not care.
– Two years ago, he was "escaping" in the bucolic environment of Sintra to make his second solo album. What is the destination now chosen to compile this new work?
– This recorder, "III", was born first in the studio, in my house, but he went through different places. He started in Porto, went to Berlin and finished in New York. It was an inspiring triangle [risos].
"He says he can reflect the melancholy of his music. What did you reflect on in the past year?
"I want to download something to music with music. The first single, for example" The Tree ", shows a lot about family, friends and my memories of children. But there is also a topic about the faith and things I believe in.
"And what do you believe?"
"I believe, for example, that I must always be a better son and a better father, just as I believe I have a place in the world.
"Is Rui quiet as your music causes you?"
– No. I am very restless and therefore I create music to try peace. When I look back, I see this: I am looking for tranquility and this thing, almost utopian, to miss the time.
Instrumental music is still poorly seen. Is this frustrating?
Sound is everything. And I think that more and more instrumental music is accompanying people in everyday life. We still walk from the stone, but with the audience it is a joy. The piano, in my case, is my voice.

PROFILE
Rui Massena was born in 1972 in Vila Nova de Gaia. He started studying the piano for six years. He graduated as a conductor at the National Higher Academy of the Lisbon Orchestra. In 2000, he was invited to be a conductor and artistic director in the traditional orchestra in Madeira, where he was until 2013. He helped to transform Guimarães 2012 – the European Capital of Culture into success. He directed around 30 orchestras in 14 countries and was the first Portuguese conductor to lead the Carnegie Hall. His first solo album was released in 2015.