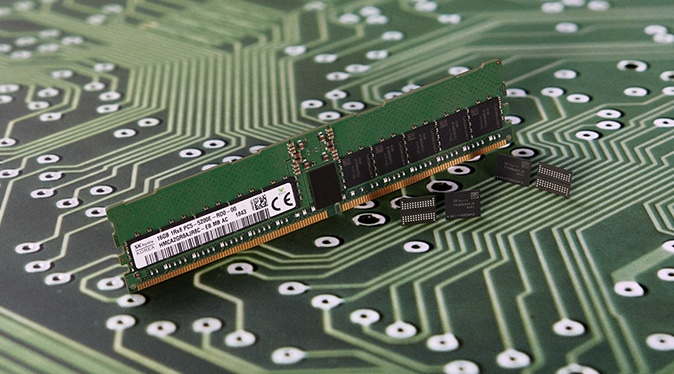 RAM remains a critical component of hardware on any computer or mobile device. Over the years, the development of RAM has happened slowly, but this type of memory has acquired important characteristics in particular in terms of energy efficiency.

The history of RAM memory keeps us in the past, but the truth is that the speed of the development of such memories is slow! The reminder of the SDR SDRAM of the memory that appeared in the early 1990s was only the year 2002 in the first generation of DDR memories. DDR2 memories appeared in 2004 and only after three years the first DDR 3 memory devices came to the market.

Launched in 2014, memories of DDR4 they are very energy efficient, they work at a voltage of 1.2 V and provide high transfer speeds. Compared to the earlier published RAM memory, DDR memory included some additional features, such as Data Bus Inverting (DBI), CRC (Cyclic Redundancy Check) and AC parity, which improved the integrity of the memory signal and stability of data access.

SK Hynix announced the first DDR5 (Double Data Rate 5) RAM 16 GB. The company has discovered that this new type of memory needs less power than DDR4, but it's much faster.

The newly introduced memory chip supports data transfer in the order 5200 Mbps, which means that it is 60% faster than DDR4 memories (only "supported" DDR4 speed in 3200 Mbps). With this data transfer rate, 41.6 GB of data can be processed – 11 full HD video files (3.7 GB each) per second.

This new type of memory is designed to handle large amounts of data, artificial intelligence and machine learning. SK Hynix was also able to reduce the operating voltage from 1.2V to 1.1V, making DDR5 memories more energy efficient (about 30% less compared to DDR4).