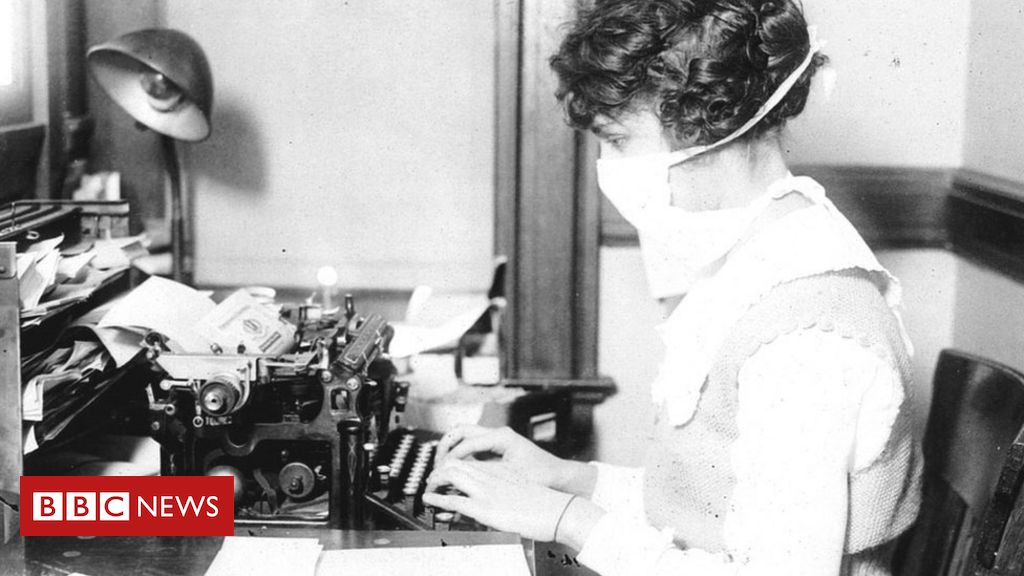 When we learn about the onset of a new disease – as has recently happened with covid-19, we try to learn more about the causes, symptoms and how we can prevent it.

Rarely do we stop to look at the name of a disease or why they chose to name it a certain way.

However, the names of the diseases carry enormous political, economic and social weight.

“When a new life-threatening threat arises, the first and most pressing concern is to give it a name,” says science journalist Laura Spinney in her book. Pale Rider: The Spanish flu in 1918 and how it changed the world (“Cavaleiro Pálido: The Spanish Flu of 1918 and How It Changed the World,” in free translation).

In an interview with BBC Radio 4’s Word of Mouth program, Spinney explains why the name is so important.

“It’s very difficult to talk about something that doesn’t have a name, and it’s even harder to fight. After giving a name, you can talk about it, discuss possible solutions, accept or reject those solutions, send a public health message, and ask people to consider “he said.

“I don’t think there’s anything more intimidating than something that doesn’t have a name and you don’t know what it is.”

However, sometimes when an infectious disease occurs, the authorities rush to name it before they even know all of its symptoms and effects. And sometimes those names end up being misleading or confusing.

The case cited by the expert was the so-called swine flu pandemic caused by the H1N1 virus, which appeared in 2009.

“It’s likely that there was a transmission from pigs to humans, but the reason why it has become a dangerous disease is that it has been transmitted among humans,” he said.

The name chosen had powerful consequences: many countries banned pork imports, and Egypt drastically decided to sacrifice all pigs: about 300,000 animals, raised mainly by Copts, a Christian minority.

The Spanish flu did not occur in Spain

The best-known example of the misnamed disease was the worst influenza outbreak in history, which killed more than 50 million people worldwide in 1918 and 1919.

Even today, a hundred years later, we still call it the Spanish flu. However, “there was nothing particularly Spanish about the disease,” Spinney said.

“It affected Spain, but it didn’t start in Spain, we believe it probably started in the US, although we’re not sure.”

“The reason it was called the Spanish flu was because Spain remained neutral during World War I and did not censor its newspapers, as did the US, the UK, France and countries at war that banned reporting on the flu, so as not to lower the morale of the population, ”he explains.

Despite this error, the truth is that in the past it was very common to name a disease according to where it originated – or where it was supposed to occur.

Linguist Laura Wright has listed several cases for the BBC, such as the Maltese fever, Mediterranean fever or Lyme disease in relation to the small town in Connecticut, USA, where it was first discovered.

According to her, in the distant past, before there were scientists who specialized in viruses and bacteria, diseases also received the names of animals – for example, chickenpox, which is called in English chickenpox, which refers to a chicken or scrofula that comes from Latin and means something like “little pig”.

The second origin related to the appearance or attitude of patients after infection. For example, they called black goats small shrimp in English because of the small marks it leaves on the face.

In modern times, some diseases have also been given names depending on who has affected them. One example is Legionnaires ’disease, which got its name because the first known victims were members of the American Legion who attended a 1976 convention at a hotel.

There are also a number of diseases and conditions that have received the names of scientists who have identified their cause, such as listeriosis (according to English surgeon Joseph Listr), Down syndrome and Creutzfeldt-Jakob disease (also known as the human version of the disease). Crazy cow).

Peter Piot, director of the London School of Hygiene and Tropical Medicine in the UK and professor of global health, told the BBC that many experts today would tastelessly use his name to identify a deadly disease.

In 1976, Piot was one of the scientists who discovered the Ebola virus, named after a distant river near a village in the Democratic Republic of Congo where hemorrhagic fever was discovered.

According to him, the traditional way of naming diseases after the place from which they would arise causes a lot of stigmatization.

“When you identify a disease by the name of a country, it can have a political overtone and also huge consequences: borders are closed and flights fail to reach that goal. This has huge consequences for the entire economy of the country.”

For example, the World Health Organization (WHO) has criticized the choice of the name Mers (Middle Eastern Respiratory Syndrome), the first outbreak of which was registered in Saudi Arabia in April 2012.

“We have seen that some names of the disease provoke a reaction from members of certain religious or ethnic communities, create unjustified barriers to travel, trade and commerce, and cause unnecessary slaughter of animals for food,” the WHO said.

As a result, new rules were created in 2015 to name the disease and avoid past mistakes.

“The name must not mark or refer to specific places or animals or human groups. It must avoid alarming words such as ‘fatal’ or ‘unknown,’ and it must be neutral,” Piot explained.

The WHO also says the name should be short and descriptive – similar to Sars (severe acute respiratory syndrome, in English).

The WHO has named Covid-19, a disease caused by the new coronavirus (Sars-CoV-2), under new guidelines. But do you know where that name came from?

The name comes from the words “crown”, “virus” and “disease”, with 2019 representing the year in which it occurred – an outbreak was reported by the WHO on 31 December.

“We had to find a name that did not refer to a geographical location, an animal, an individual or a group of people that is also pronounceable and associated with the disease,” WHO chief Tedros Adhanom Ghebreyesus explained at the time.

“The name is important to prevent the use of other names that may be inaccurate or stigmatizing. It also provides us with a standard that we will use in future coronavirus outbreaks.”

However, a delay in publishing the official name can have the following consequences:

“The danger, if you don’t have an official name, is that people start using terms like‘ Chinese virus, ’which could lead to discrimination against some populations,” said Crystal Watson, an assistant professor at the Johns Hopkins Health Safety Center. in the USA.

With social media, unofficial names are gaining ground quickly and are difficult to change, he says.

Regarding World Health Organization guidelines, Laura Spinney warns that adopting a neutral name that does not mention the source of the plague and avoids agitation can be dangerous.

“I think the WHO’s intention to avoid stigma and discrimination is good, but in this context, it needs to warn people’s name and explain what are the possible sources of infection that should be avoided,” he said.

“Tasteless and forgetful people’s names won’t make you aware because they won’t know what we’re talking about.”

A science journalist points out that sometimes calling things can be called a positive effect.

“Sometimes naming the source puts pressure on the sector to prevent the risk from being even greater. For example, ‘bird flu’ suggests some responsibility for the agricultural sector and the governments that regulate it.”

“But if you extract this information from the name, the pressure will be less and no one will be forced to take responsibility.”

But experts agree that, after all, there is no specific person or group to decide the name of a disease: they can be doctors, politicians, bureaucrats, or journalists.

“A simple name that‘ hunts ’is one that stays,” Spinney said.

From a linguistic point of view, Wright considers that the new WHO guidelines have a limited effect.

“The rules assume that there is a power that can control language, and it doesn’t exist. People will call it whatever they want.”