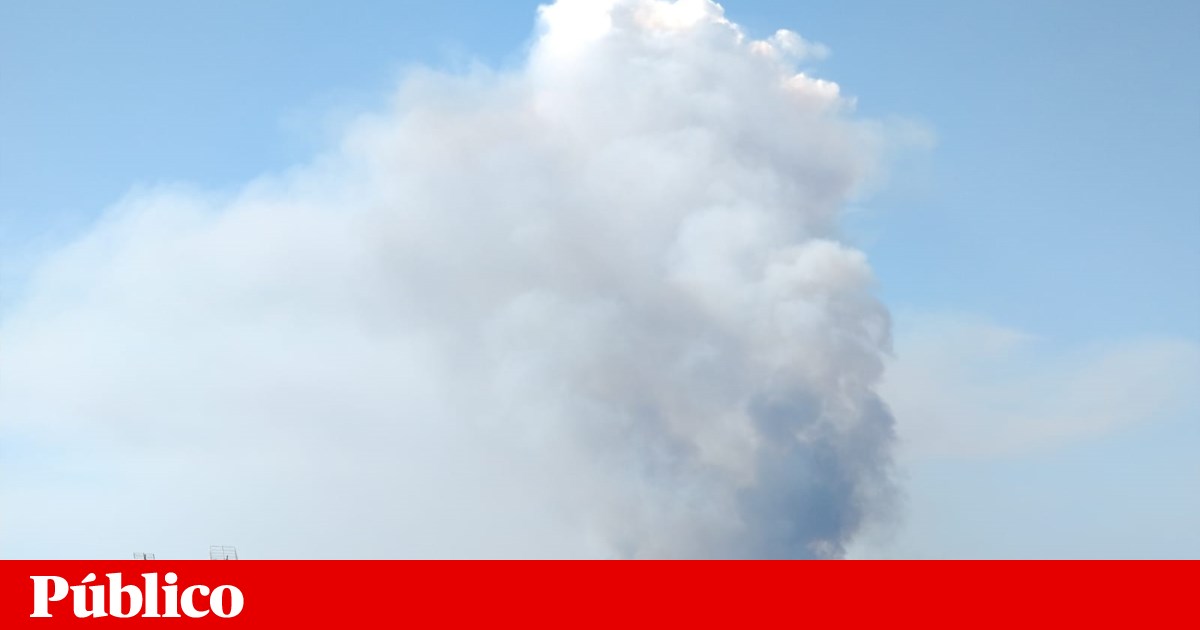 The fire that broke out on Saturday in Tamel, in the parish of Santa Leocadia, the municipality of Barcelos, was controlled around 21:15, said Marinha Esteves, commander of the Civil Defense Brage. "Fire has prevailed, but the device involved in the clashes is still on the ground," said Lushi, a Civil Protection Officer, adding that there were about 100 firefighters supported by 32 vehicles.

The forest fire of great proportions swamped in the wooded area in the afternoon and early evenings and was never near the houses. The situation enabled the mobilization of four aircraft, 36 land and 123 operational facilities on Saturday afternoon according to the National Civil Protection Authority (ANPC). The air was withdrawn from the scene at night, due to lack of visibility, even before the fire was controlled, according to the sources of civil protection. Then, the head of the Civil Defense, Lusi explained that "fire prevails 80%, leaving the front, which I hope will dominate tonight despite strong winds that are rising."

An alert was given about 1:35. The public said Captain Rui Brito of the territorial unit of the GNR de Barcelos explained that the fire would originate from a fire brigade that was abandoned in the forest. The author of the burning of remains was a man about 60 years old, "a resident near the place", who was already set up as a defendant. By the end of the afternoon there was no evacuated area.

In the early afternoon of the source of the District Command for Operational Aid (CDOS) in Bragza, Lusa Agency said that the fire has three active fronts that are not close to apartments. At 18:50 clock page ANPC listed two active fronts. The source of Barcelona's volunteer firefighters confirmed PÚBLICU's fire dimension, which motivated the "presence of several corporations in neighboring territories".

In the fight against fire, two air vehicles, 25 vehicles and 81 operational units, including fire brigades in the western region of Braga, a special fire brigade unit and the GNS intervention group (GNR) were launched. According to the News, firefighters Barcelos, Barcelinhos and Viatodos, as well as corporations of neighboring districts, such as Esposende, Braga and Famalicão, are volunteers to fight fire.

The government urges Portugal not to act in peril

On Friday, Civil Protection issued a statement in which it warned that the risk of fires in the countryside would increase from this Saturday, when it is expected to gradually raise the highest temperature to the next Tuesday, with values. from the above usual for this time of year.

"This meteorological scenario means an increase in the fire risk index between Saturday and Monday with favorable conditions for the rapid spread of fires, especially in the regions of Lisbon and the Tagus, Viseu, Aveiro, Guarda, Braga, Vila Real and Bragança valleys, from high to very high levels," he said.

As early as this afternoon, late in the morning, Interior Minister Eduardo Cabrita urged the Portuguese not to have "risky behavior" in the coming days, taking into account the forecast of rising temperatures in some regions of the country.

Subscribe to newsletters free of charge and get the best from today and the deepest work of Público.


"The state is ready, but most of all, what I wanted to say is to attract the Portuguese, who in the next days, due to the increased risk, will not behave in peril," the minister said in the statements on the margins of the 21st extraordinary congress of the League of Portuguese Firefighters (LBP ), which took place all day in Aveiro.

The Governor also assured that the structure was "prepared in various ingredients" and added that there was a pre-positioning of resources in relation to the areas of risk identified by civil protection. "The call we accept is that citizens act in accordance with the risks we will face," he said.

On Saturday afternoon, at 3:30 pm, a total of 25 rural fires were recorded at the National Civil Protection Service (ANPC), which mobilized a total of 318 operations, 95 vehicles and six aircraft. Of the 25 fires, there were five active ones, the rest were in resolution and conclusion.