Jeff Bezos: It’s the interior of the New Shepard, the Blue Origin ship that will take the billionaire into space 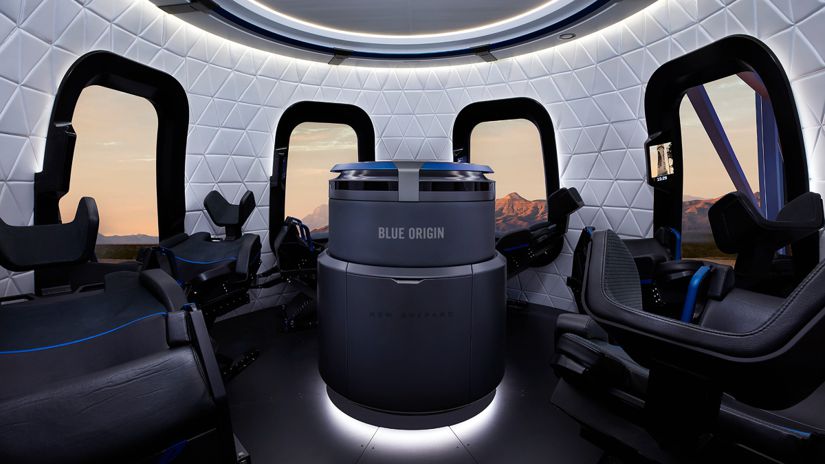 The pressure is based on the shoulders Jeff Bezos and your airline Blue spring. This Tuesday 20 New Shepard It will rise in a test flight off the Karman line – 100 kilometers – where the billionaire, the founder of Amazon and three other crew members, will admire the curvature of the planet. This new episode in “space tourism” could set a record after the first trip Sir Richard Branson of Virgin Galactic.

In this case, Blue spring bet on “New Shepard,” a reusable vehicle named on memory of Alan Shepard from “Mercury Seven” and that it will cover the path, similar to that of the first suborbital astronaut in the United States. Since 2006 Blue spring began working on large engines, and in 2015, the prototypes managed to reach a height of 100.5 kilometers and return with a smooth vertical landing.

“New Shepard” has a capsule for six passengers in the upper part. Unlike the SpaceX Dragon Crew, the flight process is automatic and designed for a “tourist experience,” so the use of a space suit is not necessary. There is also no need to monitor the crew or flight information displays.

The seats have five attachment points and can be adjusted to the level of rise and fall to adjust without disturbing the passenger. Each passenger will have in front of a screen showing the course of the trip and altitude indicators.

Handles are added to the upper part of the inside of the crew capsule to facilitate movement in the gravity-free phase. During the journey, passengers will be able to observe the curvature of the planet from large windows.

For the descent, three parachutes will control the return speed. For a safe touch, the seats inside the machine have a hydraulic system in the form of scissors that absorbs shocks for the comfort of passengers.

How to watch a presentation of the new Shepard

The event is scheduled to begin at 6:30 a.m. – 11:30 a.m. UTC – but will cover a series of previous contents an hour and a half until the launch begins at 8 a.m. – at the same time in Peru, Mexico and Colombia – Blue Origin will fully cover their website.

Exchange rate: The price of the dollar is rising over the weekend, how much does it cost you?