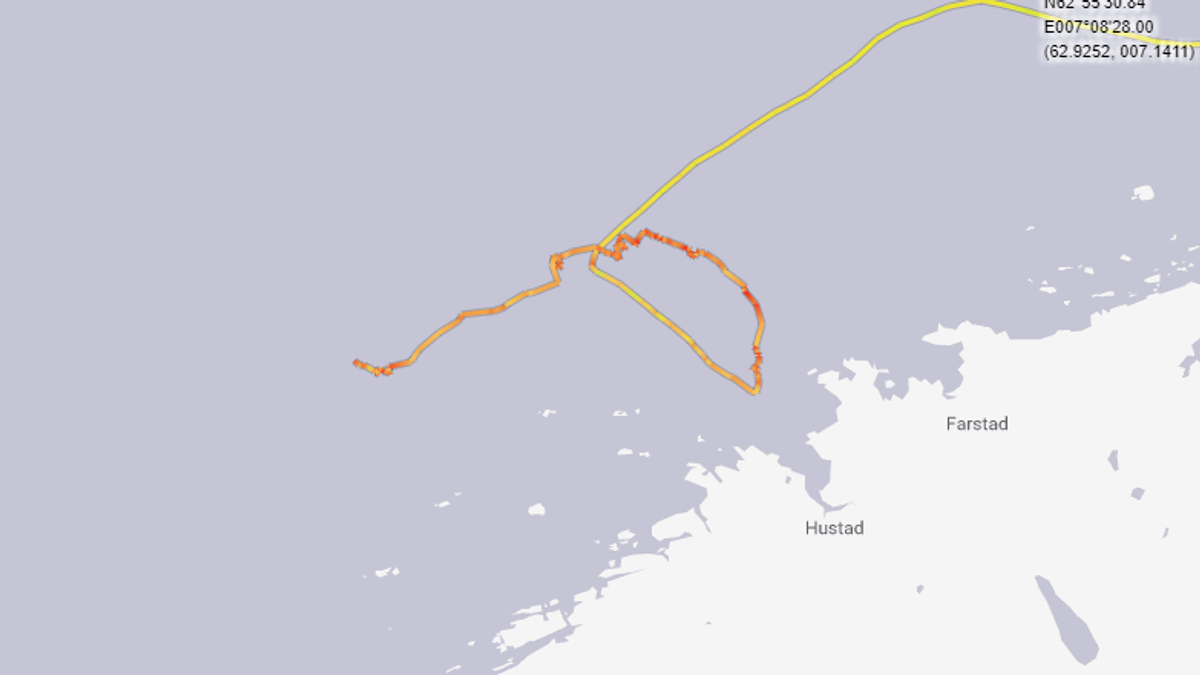 Around 14:00 on Saturday, a dramatic message came up that the Viking Sky passenger ship was in trouble and drove to the coast of Hustadvike outside Romsdale, a notorious marine area where several ships were already leaving.

– The map contains a warning about dangerous waves, so it is very risky, says Siri Reimers of the Mapping Authority.

She did not like Reimers what she saw when a message arrived on Saturday that the cruise was approaching the land.

– The ship was terribly far away.

Reimers says that it looks like the ship had some engine power, and that it managed to stay in the waters deeper than the depth of the ship to avoid grounding.

– But it did not look good, at least not in the wind, which was Saturday. It looked very scary.

Losoldermann in the Coastal Administration, Emil Heggelund, says that, on the basis of what he saw, the ship is very close.

– I think it was approx. 100 meters from the bank, says Heggelund.

Cracked on the ground is the place where the sea breaks. Here the ship was grounded.

– How critical was that?

– If they did not get anchor and let them stay, it would be critical. Then we would have a completely different situation.

On Saturday, at 2 pm, the cruiser had problems with the engine and sent a holiday sign to Hustadviki in Møre og Romsdal. Sixteen people have to be injured by an accident. Three people should have serious injuries. One of these was sent to Haukeland in Bergen and the other two to a hospital in Kristiansund.

The passenger ship's evacuation began quickly. From Saturday afternoon, passengers have been raised to five helicopters that help evacuate. But evacuation is demanding and took time. Approximately 300 of the 1,300 passengers were picked just before Sunday's fifth Sunday.

The passenger ship started three engines late on Saturday night, so she slowly escaped from Hustadvika with her own machine.

On Sunday at 4 pm, the ship was joined by two anchor ships, which will assist the passenger ship and then tow it to Molde.