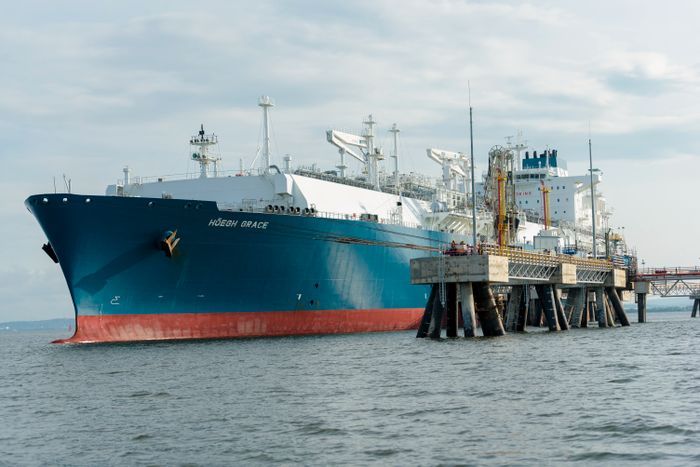 The vote took place today at an extraordinary assembly in Bermuda, where Höegh LNG is registered.

The background is that the main owner of Leif Höegh and Co. and acquisition funds managed by Morgan Stanley jointly submitted bids for the rest of the company in early March.

Because Höegh LNG is registered in Bermuda, the suitors needed only a two-thirds majority to force the purchase of the remaining shares. Under Norwegian company law, the requirement is 90 percent.

The proposal received 69.76 percent of the vote, while 30.24 percent voted against, the stock exchange announced.

The result was expected, as were Leif Höegh and Co. has already given 50.4 percent of the shares.

Small shareholder Pål Vaage Martinsen, who voted against the proposal, says the decision was not shocking. He is still very critical.

– This is a direct overrun of minority shareholders, Martinsen told E24.

The structure of the transaction was the so-called “merger” or merger.

– They claim that it is a merger, but there is no company that would merge, but a mandatory buyout, says Martinsen.

He believes the main owner is squeezing out smaller shareholders with its size.

– I am surprised that the Oslo Stock Exchange is passive. The minority must protect itself against this. To say that the company is registered in Bermuda is a rhetorical exercise. Relatively little needs to be done when those who are supposed to enforce the rules abdicate.

Another small shareholder who voted against the offer, Kristian Falnes, agrees.

– Regulations are avoided by calling them a merger, Falnes tells E24.

– If the Oslo Stock Exchange and the Finanstilsynet leave it smooth because it is a Bermuda company, the lesson is that great care must be taken when investing in resident companies with poorer protection for minorities than Norway.

Shareholders who voted against can go to the Bermuda Supreme Court within a month to get an estimate of the fair value of the shares, the company said.

– It’s quite complicated for a Norwegian shareholder and I don’t know if the company covers the costs, says Falnes.

Background: It will devour the entire Löng Höegh – it has avoided strict Norwegian acceptability requirements

Two small shareholders are also critical of the offer price.

– Too bad. I came cheap, but basically it’s a trampling, Martinsen says for E24.

The offer of NOK 23.5 per share represented a premium of approximately 36% compared to the closing price on 5 March.

The agreement, recommended by the committee, estimates the company at NOK 1.8 billion. The committee obtained an external valuation of Fearnley Securities in advance, which found that the bid price was “fair”.

Falnes, who previously managed the Skagen funds, points out that the offer is far below the book capital and lower than the value of MLP Höegh LNG, a listed company.

– In my opinion, the actual values ​​are much higher than NOK 23.5 per share. The equity per share alone is about NOK 65, Falnes says for E24.

He is convinced that the offer price means that the operation of LNG Höegh has a negative value.

– The Committee saw no reason to write off the assets at the turn of the year, but guaranteed the book values. Now the question is whether more write-offs should be made, Falnes says.

The Höegh share has fallen sharply in recent years since its peak in 2015. Following the announcement of the offer on 8 March, the share was traded at a bid price of NOK 23.5.

President of the Management Board: – On safe ground

Höegh LNG CEO Morten W. Høegh has no specific comments on shareholder criticism. He believes the main criticism is directed at the Oslo Stock Exchange.

– As far as the structure of transactions is concerned, it is in line with Bermuda law and company statutes, but of course it is also assessed in accordance with the regulations for foreign companies listed on the Oslo Stock Exchange, Høegh told E24.

– Our transaction simply cannot be based on the rules applicable to offers and takeovers of Norwegian listed companies, as local Bermuda law does not allow this. We believe we are safe with the process.

– What do you think about the fact that so many people voted against the proposal?

– We take that into account. The company’s board of directors approved the unanimous offer on the recommendation of independent members of the management board, who, with the help of external legal and financial advisers, determined that it was a “fair” offer. We stand by this.

– If it is a “fair” offer, do you need to consider write-offs?

Earlier in the e-mail E24, the chairman of the board of directors pointed out that the structure of transactions had previously been carried out by companies listed on the Oslo Stock Exchange.

He stressed that the 90% requirement is aimed at Norwegian companies and does not require stock exchange legislation.

On Tuesday, E24 was in contact with Höegh LNG’s vice president of investor relations, Knut Johan Arnholdt, who declined to comment.

The Høegh family now has ambitions to accelerate the commercial development of the privately owned company.

“We see great potential for growth in both LNG and new opportunities in hydrogen and ammonia, where the company can develop liquid energy infrastructure,” President Høegh wrote.

“Morgan Stanley Infrastructure Partners and we will complement each other as owners of Höegh LNG by combining our long-term industrial ownership with MSIP’s institutional experience as the world’s leading investor in infrastructure,” he added.