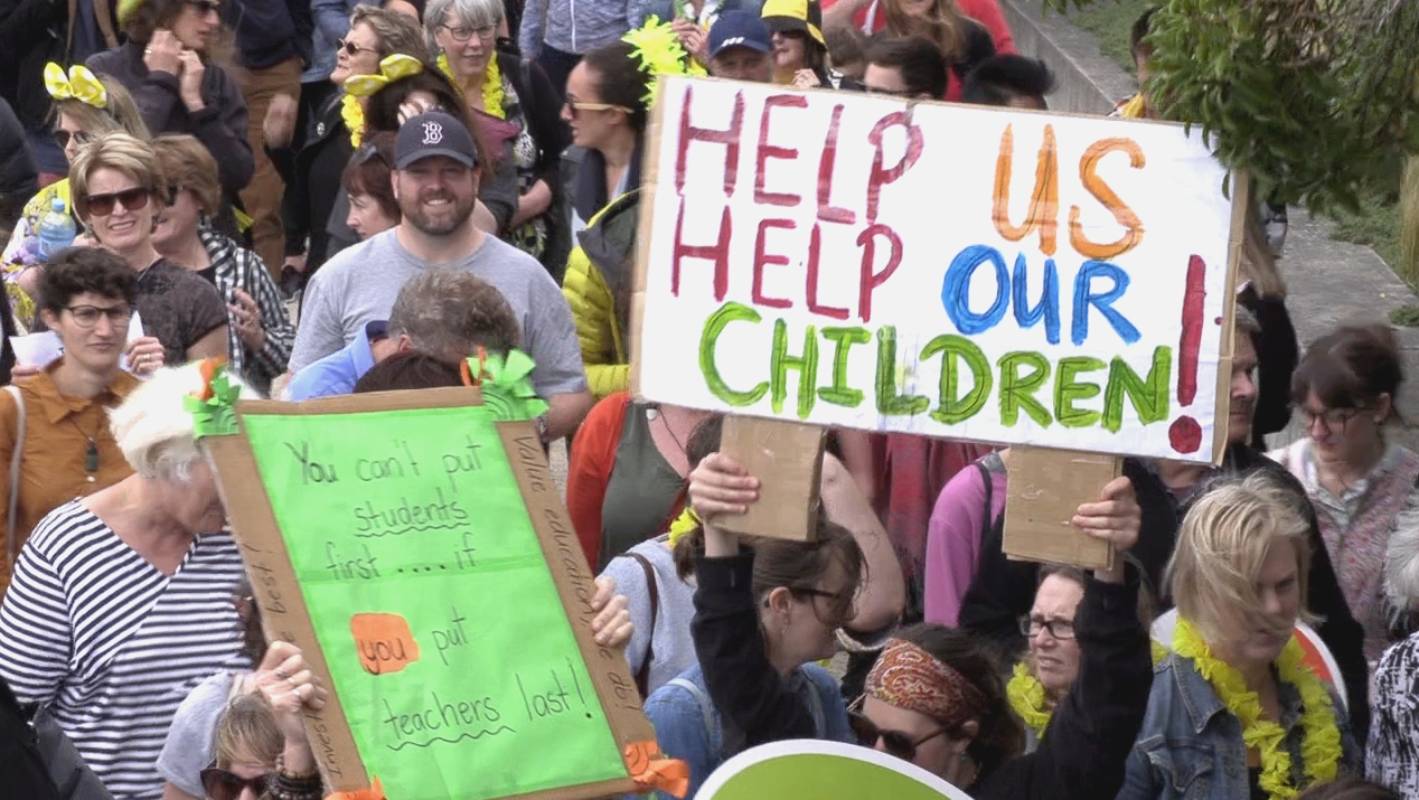 Mega strikes by elementary and secondary schools in New Zealand could be on cards, as trade unions agree to unite their forces in their action.

A total of 48,000 teachers and principals are represented by the Association of Basic Teachers (PPTA) and the New Zealand Educational Institute (NZEI).

The leadership met on Friday and agreed to campaign together if primary teachers and directors reject their current offer.

READ MORE:
* A bigger and bigger teacher strike could be on the move
* Teacher unions have joined forces
* Megastrices can be on the go
* Primary teachers strike for the first time since 1994

"It affects your cockroaches, mocopains, nieces and nephews – this is the future of our children that we are talking about," they said.

"When almost half of all new teachers leave in the first five years and 40 percent less people want to become a teacher, we know that issues are difficult," said Boyle.

Lynda Stuart said that she supports supporters who have been desperate for help.

The main people were on the front side of the lack of teachers, she said, often struggling to find enough teachers to recruit their schools.

The workload was also a problem, she said. The NZEI survey at the beginning of this year showed a dangerous working time period and increased workloads, with primary school principals highlighting, burning and burning.

PPTA President Jack Boyle and NZEI President Lynda Stuart said at a press conference in the afternoon that precise details of future action would apply to members.

The joint executive bodies called on the government to "significantly increase" the value of offers to teachers and "necessarily reduce excessive and unproductive workload".

The Minister of Education, Iona Holsted, was not convinced in the statement why teacher trade unions endanger further campaigns.

She said that primary teachers had only the opportunity to vote on the latest offer, while PPTA still participated in the active negotiation of the terms of the collective agreement.

"It is important that we resolve these negotiations and reduce disturbances for children and parents," Holsted said.