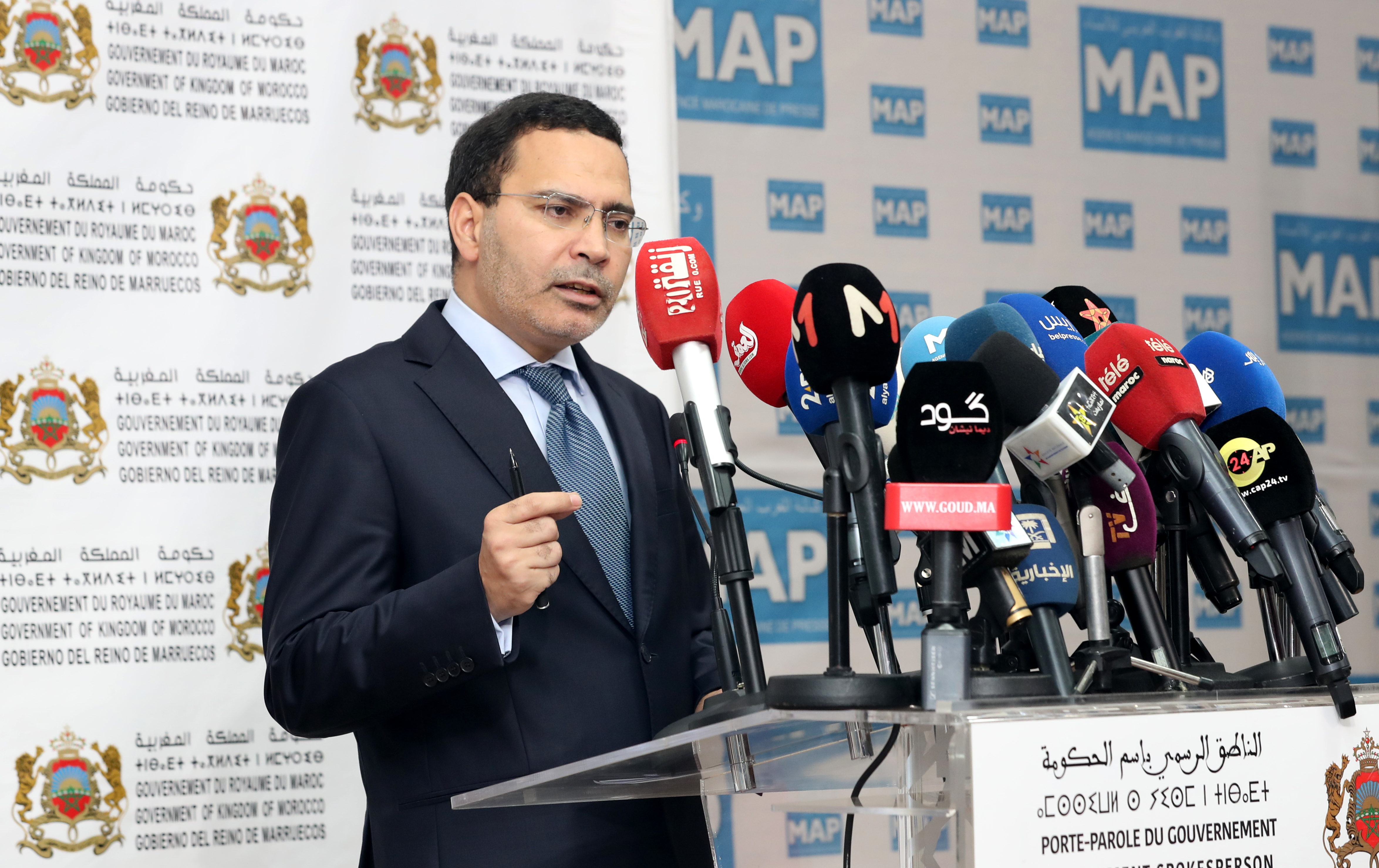 COMPANY El Khalfi: Towards renewal of public funding for associations

Deputy Minister for Relations with Parliament and Civil Society, Mustapha El Khalfi, a spokeswoman for the Government, said on Tuesday in Rabat, and his department is moving towards an in-depth reform of the public funding associations, increasing transparency in accessing this support and consolidating related mechanisms management.

Responding to MEPs' interventions during the 2019 review of his department, before the Justice, Law and Human Rights Committee at the House of Representatives, Mr El Khalfi said it is imperative to strengthen funding sources due to the insufficient current public support that is the subject of several government departments.

Recalling the digitization and transparency of the creation of a partner portal in the previous government mandate, Mr El Khalfi stressed that the focus during this mandate was to promote offers. and activating digital devices. He also noted that the Ministry of the Family, Solidarity, Equality and Social Development introduced about 700 external audits under the contractual arrangement. and the publication of the annual report, which gave a new impetus to the work carried out by associations, and gave them access to information on financing.

Mr El Khalfi pointed out that the Ministry is still facing the problem of paying out due amounts and deadlines, and the problem of a multitude of financing in the absence of a unified system. In this context, it called for the Court of Auditors to comment, in particular those relating to the establishment of a supervisory and preventive mechanism against multiple funding.

He noted that the ability of associations to cope with the challenges of development still depends on the partnership with the public sectors and in this context lists the various partnerships set up by the National Illustrative Agency, which cooperates with around 4000 associations, for envelopes in 400 MDH, with more than a million beneficiaries of their programs (300,000 in mosque and 800,000 in partnership with associations).

The third government actor in this field is the Ministry of the Interior, which began the third phase of the INDH, he said, adding that the department had already worked with more than 13,000 associations. At the level of local authorities, approximately 700 MDT was allocated annually for partnerships with associations of more than 10,000, he announced, announcing the announcement of the announcement of 5 April 2018, which sets out the recourse to call for bids and the adoption of specifications that ensure the principles of transparency and equal opportunities .

He also emphasized that the sustainability of Community funding depends on the private sector, through grants that can be deducted for tax relief, and calls for the promotion of prospects for associate jobs that are promising, in particular, that associations are responsible for implementing the implementation of the generalization pre-primary education for the benefit of 100,000 new students in this school year, with an estimated budget of 1.3 billion dirhams.

In order to ensure the sustainability of associative employment, Mr El Khalfi stressed the need to adopt a law on contractual volunteering and the development of the tax system, noting that the ministry will organize a symposium on employment and voluntary association next month.

Regarding grants and public benefits, El Khalfi stated that the grant allocation system was submitted for a declaration instead of an approval stating that only 42 applications for the approval of a public charity were submitted. of which 33 are approved and 9 are rejected.

In order to support the implementation of participatory democracy, Mr El Khalfi stressed that Moroccan civil society is "independent and free, and therefore it is necessary to support its independence in partnership and cooperation with the sectors concerned", which emphasizes that right is the only power to take a decision on dissolving associations.